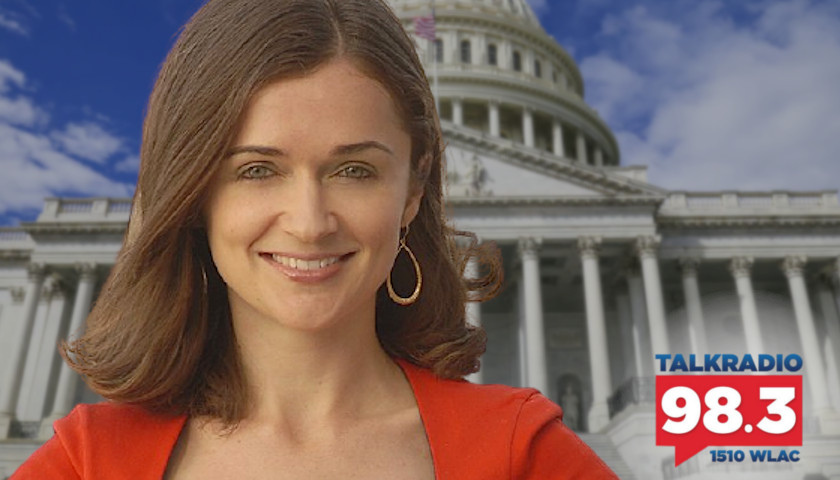 Live from Music Row Friday morning on The Tennessee Star Report with Michael Patrick Leahy – broadcast on Nashville’s Talk Radio 98.3 and 1510 WLAC weekdays from 5:00 a.m. to 8:00 a.m. –  host Leahy welcomed IWF’s Senior Fellow Carrie Sheffield to the newsmakers line to discuss her recent piece at CNN and connecting with an audience that she calls ‘the persuadables.’

Leahy: We welcome to our newsmaker line our good friend Carrie Sheffield, a senior fellow at the Independent Women’s Forum, most recently with our good friend John Solomon at Just the News. Welcome, Carrie Good morning.

Sheffield: Hi. You cut out for a second, but here I am. How are you?

Leahy: Well, we are great, Carrie. Now, I have a little bit of mystery here that I’d like to see if you could help me solve. So you actually were able to get an op-ed published at CNN. How did that happen?

Sheffield: I give credit to the CNN op-ed editor. He’s had a long career at News Day, which is out on Long Island, which is one of the more conservative places of New York. I think he’s got respect. He understands there’s actually a need in the opinion section for CNN for more voices.

Leahy: Was this the first time you had an op-ed at CNN, or have you had it up there before?

Sheffield: No, I’ve been writing for almost four years. Fall of 2017 was my first.

Leahy: Wow. Cheap things I didn’t know Carrie about you or CNN. (Laughter)

Sheffield: I’m more than happy to write because a challenge people who are going to be triggered. But the secret part of why I do CNN and been on a bunch of MSNBC programs on shows like Don Lemon and Al Sharpton is because even though on Twitter and elsewhere I’m going to be dragged and there are very vocal liberals. I do know that there are some persuadables, and usually, they’re not as vocal. And I’m really trying to reach them.

Leahy: So what kind of response you get from CNN readers to your columns?

Sheffield: I would say the average as I said, I get online, a lot of hate. Liberals will post on Twitter or Facebook or other social media about how much they hate the column. But like I said, my audience, my target audience isn’t them. I’m really trying to reach people who are persuadable.

Leahy: So the persuadable people who watch CNN, who don’t sit in their basement and send nasty-grams out. That’s who you’re trying to reach.

Sheffield: Well, exactly. I was just at the airport yesterday and low and behold, they’re playing CNN everywhere. So it is one of those brands that I think that the operators of places like bars and airports and other public areas, doctors offices, maybe they’re not so political, and they think that it’s more down the middle and they don’t really realize how far left it is. Again, I’m more than happy to take any opportunity I can to get a good word out there.

Leahy: Heads must have exploded in Jeff Zucker’s CEO suite after he read this piece. Trump Deserves Credit for Policies Biden is Adopting on Foreign Policy. You wrote that it and it was published yesterday. Make the case here for our listeners that you make in this column.

Sheffield: Yeah, absolutely. What I did was I went through and I looked at the way that to his credit, I mean, I could write pages and pages and multiple books on ways I disagree with Joe Biden, but he is backtracking on some key foreign policy decisions and going in the direction of Trump.

One obviously is a really big one about China. And the big point I made in the lead was that look, he’s saying some right things, but the big question is whether he is actually going to back this up.

For example, on China, he said that he really wants to take a muscular posture. Biden expanded the list of Chinese companies that are barred from U.S. investors. His Secretary of state has been saying pretty much the exact same thing that Mike Pompeo was saying about the Uyghurs and the human rights abuses there in China.

And then the big kahuna is that he reversed course on doing a deeper dive into the roots of the Wuhan virus. And before we know, Democrats were saying that when Trump was calling for that, that was somehow xenophobic.

And now you have people like even Anthony Fauci, who were saying they want more of an investigation. I don’t know if there’s going to be any teeth to this or this is all just performative.

I hope that they will actually do more of an investigation. I don’t know that there are even the materials and the evidence at this point. It’s probably been destroyed. But at least they are willing to admit that they were wrong.

Leahy: The four keywords from your lead sentence about Biden backing Trump policies in some instances now were, ‘at least on paper.’

Leahy: By the way, that was a very nicely written lead sentence. And I’m sure as you’re thinking that through, at what point did you say I got to add these four words at least on paper?

Sheffield: Right from the get-go because that really is the big question. It’s interesting how much Biden says one thing and does another because he certainly did that quite a bit during the campaign where he promised that he was just the nice moderate, the friendly moderate in the race, and he’s governed anything but.

I do think that on foreign policy realism has set in. At the end of the day, I think a lot of this is coming from his staff. And so he did another thing that he continued from Trump which was with Russia.

This Open Skies Treaty, which was about patrols that were allowed by Russians and the United States over each other’s territories. And the Russians kept cheating on it. And President Trump said we’re going to pull out of this because they’re just not keeping it.

And at the time, Joe Biden said it was a short-sided policy of going it alone and abandoning American leadership. He said it would increase the risks of miscalculation and conflict and alienate Europeans who wanted the U.S to stay in the treaty.

And it turns out now Biden is saying and the exact opposite again, to his credit, he is keeping the U.S. out and not trying to get back into that treaty. He is doing some things that I very much disagree with Russia.

President Trump had put some sanctions on some Russian companies that were trying to finish the Nord Two Streamline Pipeline. And I found it really ironic that Joe Biden removed those sanctions and basically paved the way to allow this major strategic pipeline that’s going between Russia and Germany.

It’s going to make Germany way more dependent on Russian fuel. And this pipeline bypasses Ukraine, which means that Ukraine is going to be economically weakened right now or in the future going forward because they’re not going to get the land transfer fees, and it’s hurting Ukraine.

It’s making Europe more dependent on Russia. Meanwhile, here in North America, Joe Biden rejects the Keystone Pipeline. So just putting that in context, he killed a domestic source of oil with the pipeline while promoting and removing sanctions against a Russian pipeline.

If Trump had done the opposite, the left would be screaming and saying that he’s compromised and that he’s a Russian asset. And again, no one’s asking him about this.

Leahy: Carrie Sheffield, that is a fascinating point. I had the same thought you’ve articulated it very well. Carrie, it is always a delight to have you here on The Tennessee Star Report. Come back with us again and come to Nashville and come in in person sometime. We’d love to meet you in the studio.

Sheffield: I would love that. Thank you so much.