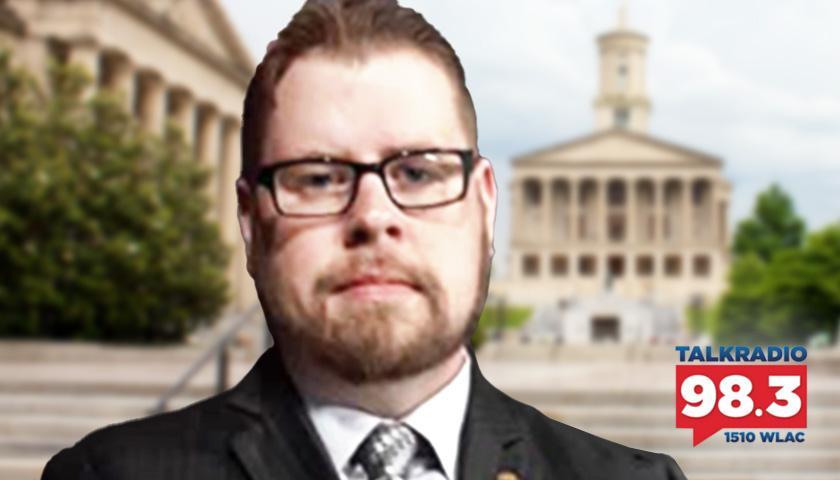 Leahy: Joined in studio by all-star panelists and the official guest host of The Tennessee Star Report, also director of the Faith and Freedom Coalition for the state of Tennessee, and formerly our lead political reporter here in Tennessee, Mr. Aaron Gulbransen. Good morning, Aaron.

Gulbransen: Good morning, Michael. How are you, sir?

Leahy: You know, I was watching Monday Night Football a little bit last night, and there was a storyline there that I thought, I got to talk to Aaron about this because you’re a big wrestling guy, right?

Gulbransen: I think I’m officially, at the very least, to come here as a southerner or maybe a damn Yankee, as they say.

Leahy: You’re a Yankee, but we don’t put the big D on it.

Gulbransen: No, I certainly ordained, excuse me, but I have many characteristics of being a southerner.

Leahy: Here’s the thing. The Monday Night football game was held in Mexico City last night with the 49ers versus the Arizona Cardinals. I think that’s who it was, and I think that 49ers blew them out.

I fell asleep when it was like 34 to 10. But there’s a tight end, George Kittle for the 49ers. He’s a big wrestling fan. There’s a big Mexican wrestler called El Luchador. Does that ring a bell to you? Anyways, they had a big show before the game, Luchador wears a mask. It was a big deal.

Gulbransen: Politics and pro wrestling are very similar, by the way, just to ease the segue there.

Leahy: Sometimes you feel like pro wrestling is more honest than politics.

Gulbransen: To give everybody kind of an update on what’s going on in the General Assembly, of course, this has gotten a lot of attention. You’ve got HB1 and SB1, which are bills dealing with the transgender mutilation of children, which are put in by our good friends Senate Majority Leader Jack Johnson in the State Senate and House Majority Leader William Lamberth in the State House.

Leahy: And that bill would make it illegal to engage in the genital mutilation of children. Under what age?

Gulbransen: I believe it’s the age of 18.

Leahy: Under the age of 18. And it’s not just the genital mutilation prohibition, but it’s also the prohibition of puberty blockers.

Gulbransen: Exactly. Hormone treatments and that sort of thing. And they went in-depth with it. Here’s the number one thing to look for in terms of legislation, where it goes somewhere, and why it doesn’t. I mean, there’s a variety of reasons. Someone introduced a similar bill, and I say similar being on the same topic several years ago. The thing that leadership looks for when they get behind legislation like this, especially when they file it themselves, is whether or not it’s going to withstand judicial scrutiny.

And they consulted with a variety of stakeholders and, of course, the lawyers, because you don’t want to go through the whole process of spending taxpayer money to pass a bill, to print it, to have it go in the law, have it be signed by the governor, and then the first judge it goes before gets kicked.

Leahy: Then you also have to look at state law as well as federal law.

Gulbransen: Exactly. And that’s both statutes, constitutional law, and judge-made statutes, which are rulings.

Leahy: Before you continue, let me say this about how carefully, in my view, the current leadership of the Tennessee General Assembly has approached this issue. Case in point, right now, as we said, there are 219 members of the House of Representatives who are Republicans. It’s going to end up being 222, probably 221.

But one of those seats came about here in Tennessee because of the masterful job that Speaker of the House Cam Sexton and Lieutenant Governor Randy McNally did in redrawing congressional lines in a way that complied with laws.

We went from seven GOP, two Democrat seats to eight GOP, one Democrat because the Speaker and the leadership did their homework and they redrew the district lines to comply with federal law. And they did it so well, there was no legal challenge to that redistricting.

Gulbransen: Exactly. I want to spend a moment on this since you brought it up. Obviously, we got plenty of time to talk about the General Assembly. Our state legislature did its job, and months and months ago, we spent a lot of time with The Star News Network covering what was going on in New Hampshire.

And for those of you in Tennessee, the world is not perfect. The best states are not perfect. But those of you listening to the sound of my voice can take pride in the fact that your General Assembly did everything it could to make sure that you had another conservative congressman in the state. New Hampshire didn’t.

The governor of New Hampshire actually Sununu forced a plan through the General Assembly that would, “keep both of those congressional seats in New Hampshire competitive.” And I put that with air quotes.

Leahy: And Sununu, of course, aspires to be he’s a Never Trumper from the beginning. His dad was George H. W. Bush’s chief of staff.

Leahy: And he has presidential aspirations himself. But the idea that he did not encourage the New Hampshire state legislature to redraw those districts so that there would be one GOP seat and one Democrat seat. It’s a kind of political malpractice.

Gulbransen: And he frankly lied to his constituents because he said that, well, I believe that we will be competitive in both of those seats if we draw it the way that they wind up drawing them. And if you look at the results, you can just Google it.

The Republicans got shellacked in both of those congressional seats. The short version of this is Tennessee did its job, but New Hampshire didn’t. You also look at the results and the Republicans picked up either four or five, I think it was five seats in New York.

Leahy: Of all places.