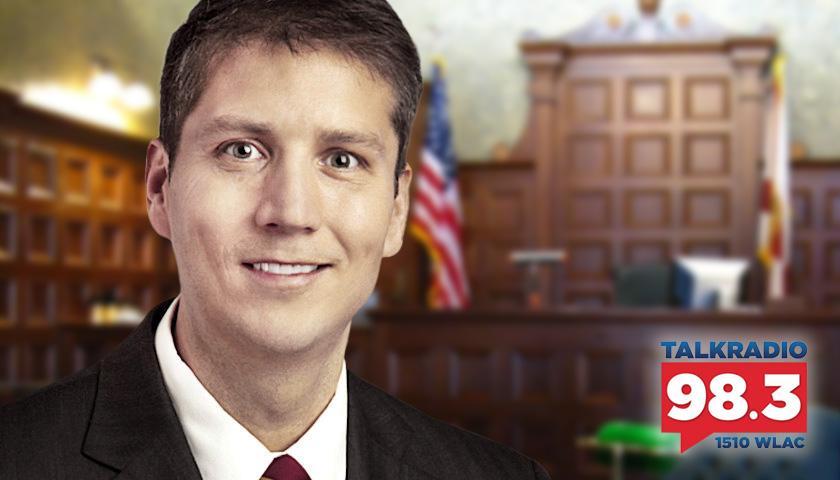 Leahy: We’re joined in the studio by very good friend Braden Boucek, who is the litigation director at the Southeastern Legal Foundation. Good morning, Braden.

Boucek: Good morning. Great to be back.

Leahy: We like having you on here. A lot of fun. And of course, you’ve got a very strong understanding of legal issues since you are litigation director for one of the leading public interest law firms, from a conservative perspective.

You have a very interesting story up at The Epoch Times. Want to talk about that a little bit. It was published on Tuesday. Headline: “Why Are We Giving the Department of Agriculture $2.2 Billion for Being Racist?” Would you elaborate on that, please?

Boucek: Sure. Buried in the grievously misnamed Inflation Reduction Act …

Boucek: Correct. [To spend all] on past victims of discrimination at the department’s own hand. So it’s $2.2 billion. The USDA has spent $2.4 billion on settlement awards in the past, which begs the question, why is it that USDA has such a problem being racist against people in its farm loan lending programs? So we explored that question.

I hope the piece is interesting. The strangest part about the provision is that it isn’t USDA spending the money itself, but rather it authorizes them to select outside groups, non-governmental entities, to spend the money on its behalf.

Leahy: I’m just going to put my hand up. We’ll form an outside group, and we’ll help with this problem. What do you think? (Laughs)

Boucek: You’re welcome to it. (Leahy laughs) I want nothing to do with this process. In particular, the beauty contest that USDA is going to hold to select which group gets to decide how to spend – say it again – $2.2 billion.

Leahy: I know. This is just a giveaway, isn’t it?

Leahy: Tell our listeners a little bit about the Southeastern Legal Foundation. It’s been around since the 1970s, but a lot of people haven’t heard about it. It does great work. Just give a description to our listeners of what you do there.

Boucek: Sure. We’re one of the leading constitutional law firms on the conservative side in the country. We’ve been around since the 1970s. We stand up for limited government.

Leahy: Well, that’s like pretty much all the time, isn’t it?

Leahy: How do you pick the most egregious examples of federal and state governments – or just federal governments?

Boucek: Federal, state, and city. They all seem to want to exceed their constitutional limits.

Leahy: Yes, they do.

Leahy: You will never be unemployed because the nature of power is that any administrative structure that has power wants more. It’s been that way since the beginning of time.

Boucek: That’s a great point, and I think that that is a lost article of philosophy that is not widely disseminated among Americans anymore. But the American system is founded upon a suspicion of power. That’s what makes us different.

Leahy: James Madison. Checks and balances. Men are not angels.

Boucek: No. And if they were, who would be the angels that we would select in government?

Leahy: When he says man, he means mankind.

Boucek: It was a non-gender term.

Leahy: But yes. Clearly, we’ve got this problem, and we’ll talk about that and more when we get back.