Crom’s Crommentary: The Sporadic Messaging and Consistent Motive of Democrats 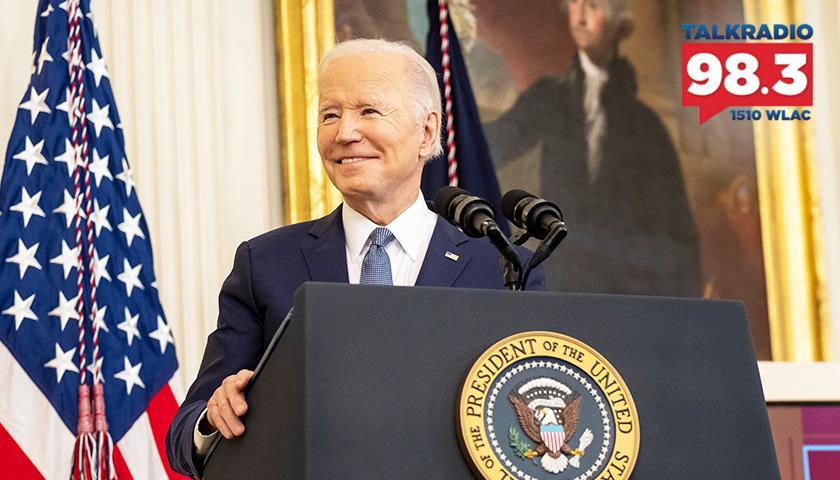 Michael, I’m going to be wandering around here just a bit. But it’s on the same subject as the subject is Ponzi schemes. And what you have here with FTX, this guy is a true piece of work. He is now claiming that he never intended to lose anybody’s money.

If you take somebody’s money and do things with it that is not even close to what the investor invested in, I’m sorry, once you’ve done that and you’ve lost their money, it doesn’t matter whether you intended to do it, you stole it. I’d be like going to a bank and stealing money from a bank and then investing that money and then losing it in the stock market and say, well, they shouldn’t go after me for bank robbing because my intent was to make money in the stock market and then return the money.

But this guy is just, he’s terrible. But you go back and look at the terrible people, and I’m talking about the big-time terrible people; they all support Democrats. And then the Democrats, they don’t really go after them all that hard.

There’s just kind of a list of them. Bankman-Freid gave $40 million to the Democrats in this last cycle, by the way, in bankruptcy. My guess is that the bankruptcy trustee, if they want to, can kind of claw that back. It’s certainly within the law to do that.

But the other ones that are interesting is Harvey Weinstein gave money and raised money for Democrats for years. And they all knew what he was doing. They all knew that he was raping young aspiring actresses. They knew that.

Jeffrey Epstein, they knew exactly what he was doing down in his island. In fact, they went down there with him. And then Bernie Madwarf, the biggest Ponzi schemer perhaps of all time in terms of just the gross amount that he Ponzied, gave tremendous amounts of money to Democrats.

And when this happens, the media just kind of looks the other way. It doesn’t talk about much in terms of the political parts of it. But let’s look at where we are today as a nation because this type of political giving and a party that accepts this kind of money and then just kind of moves on and kind of says, well, I don’t want to talk about it, the country will move in that general direction.

So let’s look at a couple of things that are going on right now. Credit card debt in this country is at a two-decade high. This is in The Washington Free Beacon. Credit card balances increased 15 percent in the third quarter compared to last year. Now, incomes are not going up after inflation. In fact, they’re going down.

We’re seeing the balance of that being reflected in credit card debt going up. And then you look at that and you look at the federal deficit, and then now you hear Schumer coming out saying we have to have immigration so we can improve our economy.

This is the same guy that says that we can’t improve our economy unless everybody gets a college education. These immigrants who are coming across the border are not college educated. In fact, most of them probably not even high school educated, and probably only one or two percent speak English. Their messages are all over the board in terms of what their message is, but what their motive is, is not all over the board.

Because if they keep doing it the way they’ve done it in the past, where they go after issue by issue, one at a time, they will fail to change anything. All they’ll do for a period of time is stop more bad things from happening, but they won’t do much good with their power.

I’m not sure there’s much they can do other than set up the next election, so we’ll see what they do. But we’re at a point in this country now with the amount of federal debt and the high-interest rates, we’re at a point now where we don’t have the luxury of bad government.