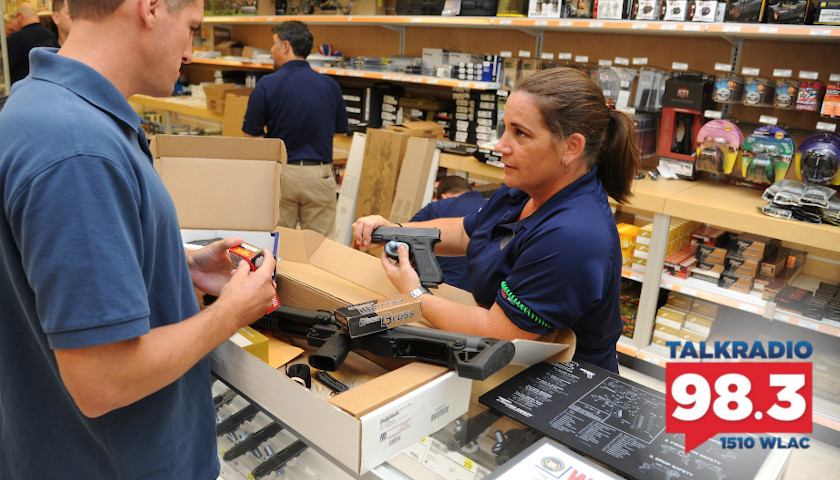 Leahy: Crom Carmichael, the original all-star panelist. Here’s a big question for you Crom. Watching Joe Biden’s speech on crime, is he A, mean? B dishonest? Or C, cognitively challenge or all of the above?

Carmichael: Well, it’s all of the above. Here’s what’s so interesting about what Joe Biden does. And he’s been doing this for 40 years. Joe Biden, when he needs to or when he wants to just make stuff up. Remember when he graduated near the top of his law school class.

Carmichael: He had no reason to say that.

Leahy: He was in the bottom third of it.

Carmichael: He was in the bottom third of this class. I mean, there’s so many things that he says about himself that are just patently false, and he makes them up kind of at the time. Here’s what he said in his speech on gun violence.

He says, “First we discussed saying talked with mayors and chiefs of police and other officials from around the country. He said their top priority is gun sellers.” I guess if you put it under the term gun seller.

Leahy: My definition of a rogue gun dealer would be a criminal.

Carmichael: No, no, no, no. They’re just trying to crack down on them. They’re trying to put them out of business. But then he said these merchants of death are breaking the law for profit.

And then he goes on and says five percent of gun dealers. And so when he says gun dealers, you’re thinking legitimate gun dealers, the person who’s listening to him. He’s talking about a retail store that sells guns.

He says five percent of gun dealers sold 90 percent of the guns found at crime scenes. Okay. Let’s go down and actually look at it, and this is from the Police Department in Chicago. The vast majority of crime guns are handguns possessed by adults who were not the original purchaser of the firearm.

More than 90 percent of gun crime guns recovered were handguns. Now Biden says that AR-15s are the cause. So once again, he just makes it up. Then he says that legally on firearms commit the vast majority of the crimes.

That’s false. What we know is that he said this is the police department in Chicago who apparently was in the meeting says, “the vast majority of crime guns are hand guns possessed by adults who are not the original purchaser.”

Then they go on, as I said, and they interviewed people who were in the Chicago prison system who had committed a crime with guns and said the vast majority were illegally possessed firearms at the time of the crime.

So listening to Biden, Biden wants you to believe that legally possessed firearms are the guns that are used in most crimes. And that is flagrantly false.

Leahy: And he knows it’s false.

Carmichael: And he has to know it’s false. That’s what I’m saying. He also had to know that he wasn’t at the top of his law school class. But he just makes it up.

Leahy: He doesn’t care because he has an objective.

Carmichael: He has an objective and he has a character flaw. There are people who do that who just make stuff up at the time because they need to to make the argument.

Carmichael: And we all may exaggerate from time to time. But this is a speech that he was giving.

Leahy: Somebody reviewed it and signed off on it and went through several layers.

Carmichael: But during the speech, it’s possible that he looked up and made something up. That’s possible. And that’s why his handlers are so scared to let him talk to the press.

They want him to read prepared statements, and I’m sure they coach him. Mr. President, don’t read anything that’s not here. Don’t look up and make something up or don’t look up and add to this.

Leahy: As a society, how can we continue when our leadership in the form of the current occupant of 1600 Pennsylvania Avenue so many government officials, are just plain liars?

Carmichael: The trend that the country is on now, we won’t stay on this trend at this pace for a much longer time. Things will either get better because the voters say this is ridiculous or they’ll get very much worse because the voters will allow it to continue to happen.

Leahy: Let me just pause for a moment. You know what? I think that’s a very thoughtful description of where we are right now as a country. And it’s something that in the back of my mind I’ve been thinking about as well. Crom, I do think that traditional Americans, the America that you and I grew up in, this stuff wouldn’t last much longer. And the question is, are the citizens sufficiently invigorated with enough courage to push back?

Carmichael: Well, that’s a great question. But I’m going to take it a step further. I read Samuel Huntington’s book a number of years ago.

Leahy: Samuel Huntington, a great political scientist out of Harvard, as it turns out, way back when.

Carmichael: And he wrote a book that got updated a number of times. It’s called Clash of Civilizations. And the way he essentially describes the world is he says there are seven major civilizations in the world. And starting with Japan and I’m going to work my way across the world.

You’ll see the direction I’m heading in geographically. Taoism is a civilization. Then you get into the Chinese, the Korean, the Vietnamese and it’s Confucianism-Buddhism. Then you have Hinduism.

Leahy: Are you getting at this Crom? That western civilization is under attack?

Leahy: Os Guinness has written a book about the A Free People’s Suicide we can talk about.

Carmichael: We’ll talk about that.