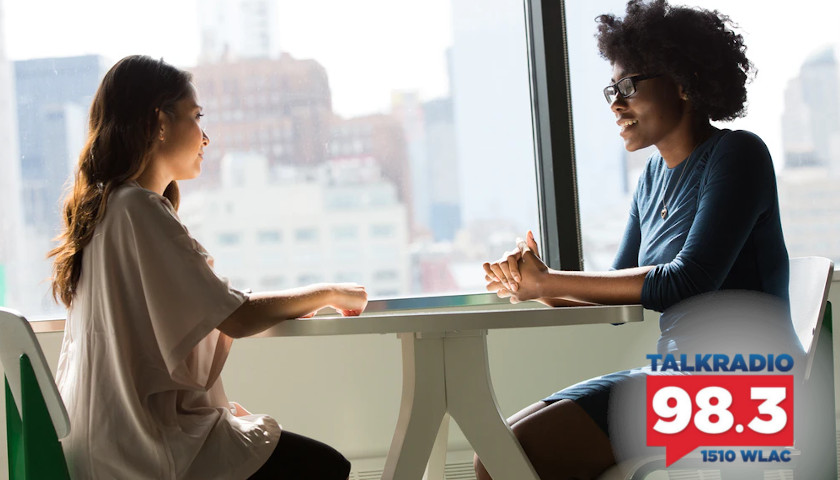 Live from Music Row Friday morning on The Tennessee Star Report with Michael Patrick Leahy – broadcast on Nashville’s Talk Radio 98.3 and 1510 WLAC weekdays from 5:00 a.m. to 8:00 a.m. –  host Leahy welcomed Bob Woodson founder of The Woodson Center and 1776 Unites to the newsmakers line to discuss the success of his program and his optimism for race relations in America.

Woodson: Good morning to you.

Woodson: Yes. As conservatives, I think we’ve got to on offense in the cultural wars and not just defense. And by offense I mean, reaching out into those communities, particularly the Black community that are suffering most because of this assault on our values as a nation. For instance, 60 percent of Black Americans do not support defunding the police.

60 percent do not believe racial discrimination is a principal barrier to their future. But you would never know this if you listen to mainstream media when they bring on to these race hustlers and they are purporting to be the legitimate representative of so-called marginalized people. But when you give the people suffering the problem an opportunity to speak for themselves, you hear a different message.

Leahy: That sounds very worthy. You are also heading up the 1776 units project.

Leahy: I think that project focuses on education mostly. Tell us a little bit about what’s happened on that project since the last we spoke.

Woodson: Since last we spoke, we have gotten inquiries every day from school boards. Some teachers. But not teachers so much but some parent associations were upset that Critical Race Theory is beginning to be required teaching in their systems. And they’re looking for alternative content. And so we, through our scholars, develop an alternative curriculum that it’s just an accurate description of our past.

And we had a press release about four weeks ago. We have 10,000 downloads. The 1619 Project only had 4,000 in a year. We had 10,000 in a few weeks. So we are issuing every month more curriculum. We testified before the Ohio School Board and as a result, they scrapped the 1619 program and instead inserted 1776.

Leahy: 1776unites.com is the website. You can go there and download the curriculum now. Very important, Bob you mentioned that you’ve had 10,000 downloads, mostly parents. What success have you had getting this curriculum adopted and taught in public schools so far?

Woodson: You might have heard about the Texas victory or two parents who challenged and now they’re on the school board. And as a consequence of this victory, we think this is a watershed moment and that other parents are running for the school board and celebrating the success. So I think that in Ohio, they are adopting it, and other school systems see a lot of parents when they hear Critical Race Theory is really intended to teach racial sensitivity. It is not that. It’s teaching racial hatred. Anti-White bigotry is as bad as the old bigotry. The new bigotry is as bad as the old bigotry. (Chuckles)

Leahy: Are you suggesting that there must be political victories in school boards all around the country?

Leahy: And from that will come to the adoption of the curriculum?

Woodson: Absolutely. We need to push back. Our military is now being polluted with this Critical Race Theory. How can you have a military imbued with the notion that they are representing a racist country? And then how can you expect people to want to fight and give their lives to defend something you’re teaching them as racist? This is a national security issue, too.

It isn’t just some abstract cultural war that is being fought on talk radio. The left has really insinuated itself into almost every aspect of our culture. And we really have to push back. But the principal way to resist it. And the people who are suffering most are low-income Blacks. By this assault on police, it means that homicide rates are soaring in these communities because the police are engaged in what they call the Ferguson effect.

They’re not going to be as aggressive in obeying and enforcing the laws in these communities for fear of being accused of racism. What we’re trying to do is bring together a multi-racial coalition, both across race and class lines, to really push back against this assault on our nation’s values and principles.

Carmichael: Bob, I have a quick question for you in regard to the military. This is Crom Carmichael. I actually think it’s even more sinister than what you have said. And what you said is pretty bad. But I think they’re actually trying to turn the military into a quasi-wing of the government to be used against the American people and not to defend the American people.

Woodson: I agree. We had a situation where one of our constituents, her daughter was confronted by eight girls who came to her house to assault her. And the mother had to come outside with a gun. And the only thing that saved her was that she was armed. And told them that she is not going to stand by and see her daughter assaulted. If the progressive left had their way, they would have removed the mother’s gun and they would remove the police.

Carmichael: Yes. The only people, according to the Democrats, who deserve police protection and military protection, are Democrat members of Congress.

Woodson: Yeah, that’s true. And also the head of Black Lives Matter. She lives in a $1.3 million dollar mansion in a secure White community guarded by police.

Leahy: A little bit of hypocrisy there. Bob, you are an icon of the civil rights movement in the 1960s and here we are in 2021. Are you optimistic or pessimistic about the future of race relations in America?

Woodson: I am optimistic primarily because of the response that we’re getting throughout the country. We had a session with J.D. Vance in Middletown, Ohio, and Cincinnati, Ohio, with Clarence Page, who was a Liberal journalist but a sensible, patriotic American. And we had a powerful webinar attended by maybe 1,400 people where we were talking about how the elites in the country are trying to divide low-income Blacks and low-income Whites.

And so we are building bridges so that we can stop this division that people are weaponizing race. And the way you push back against it is to empower those in whose name the left say they are speaking low-income people and let them speak for themselves. And so we have some major plans to expand that multiracial coalition.

And we have 2,500 low-income leaders that we have relationships within 39 States. They’re Black, they’re White, Hispanic, and Native American. In the 40 years that the Woodson Center has been around, we have had many forums and retreats. Racial division has never come up in not a single one of those meetings.

And that’s because these low-income people are seeking upward mobility. And when they come together, they share strategies for overcoming brokenness in their lives. Some of them were drug addicts. Some of them were predators. To God’s grace, they have been delivered from that. So we really think that the elites purport to be speaking for them, but when you give them an opportunity to speak for themselves, you hear a different message.

And that’s why I’m hopeful. We really need a kind of reformation and a moral bushfire. And brushfire’s burn from the bottom up.  And that’s what we’re igniting, a push back against this onslaught and assault on our values and our constitutional principles.