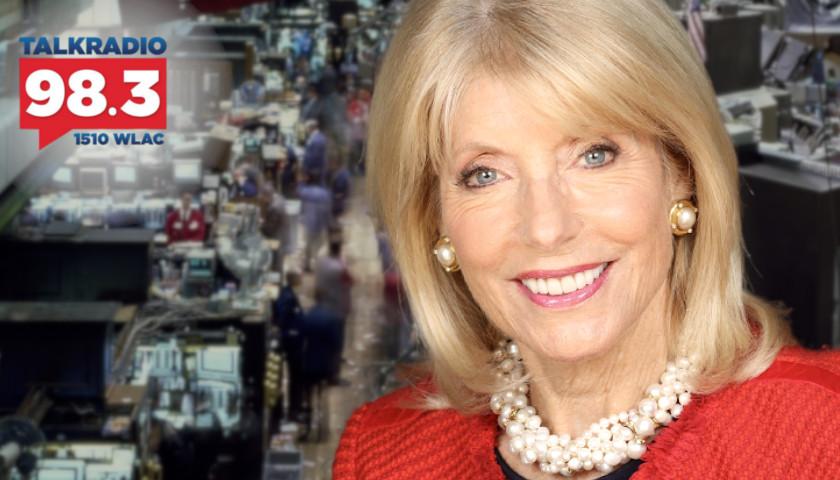 Peek: (Chuckles) If I knew that, I’d be wealthier than you can imagine. (Leahy chuckles) So why has the market come back? I think obviously because people are a little more optimistic about the Fed being able to engineer what’s called a soft landing. In other words, they’re going to drive down inflation. We saw some good inflation reports in the last week.

Both the Consumer Price Index and the producer price index was a little bit better than expected. And that led people to be optimistic that the next rate hike from the Fed will be only 50 basis points instead of 75 basis points. And people are hoping that we’ll get through next year with a mild recession.

I think that’s sort of the consensus case now, that we won’t have a deep recession, but that we definitely will have a downturn. And the question really continues to be how great will be that downturn? And honestly, nobody knows.

I read an interesting article yesterday by Ken Fisher talking about how the year after a midterm election, almost always stock markets go higher because almost always you have some balancing of power in D.C., meaning gridlock.

And I think there’s probably some truth in that. With the GOP thankfully taking the House now, there’s a view that probably the spendathon from the Joe Biden administration at least will be tempered, if not halted.

So I think the question is, can the United States actually get through this period relatively unscathed even as Europe goes into recession? The UK is going is definitely in recession and China continues to be sort of mired in self-inflicted wounds.

Meaning very, very slow growth coming out of that country. The outlook is not great, but I think people feel that maybe investors had overreacted to just how terrible things were going to be.

Leahy: Crom Carmichael has some headwinds he wants to point out to you and get your reaction to Liz.

Carmichael: With interest rates up, how much do you think? We’ve got a $31 trillion federal deficit. If interest rates for the Fed go up one percent, that’s across their entire portfolio. That’s $300 billion a year. How does that factor into your thinking?

And then I read recently where credit card debt, I’m not going to say an all-time high, but it’s up 15 percent from a year ago. That indicates to me that a lot of people are using their credit cards to make up for shortfalls in their income.

Peek: I don’t disagree with that at all. That really is the heart of the question. Right? How strong is the consumer? So far, consumer spending has been the engine that could. Driven, I think initially by the fact that we had such a great economy for four years.

Everyone went into the COVID downturn in very good shape. And then of course, we had massive stimulus money, which is still propping up consumers. But that is eventually going away. People have spent through that COVID bubble if you will, and now, yeah, they’re continuing their lifestyle and they’re spending through use of credit cards.

And meanwhile, debt is going up and the cost of the debt is going up. And also what you’ve seen is every month the gain in consumer spending is less. It’s definitely shrinking. I’m not wildly optimistic. I sort of gave you the general consensus on why the market might be going up.

I think we are going to pivot pretty soon from talking about Fed rate hikes to talking about job losses because I think that’s right around the corner. And I think when that happens, the consumer is going to retrench. I think people are very happy to borrow on their credit cards and go ahead and continue to spend when they’re pretty optimistic that they can earn enough money to pay them off.

But when all of a sudden their neighbor loses a job or heaven forbid they lose their job, then they begin to really pull in their horns. I don’t think we’re that far away from that.

The fact that you have Amazon and other companies talking about holiday sales being pretty mediocre or actually not even very good this year, that’s kind of stunning because we haven’t seen that in a long time.

So I do think there are some real red flags out there. And on the federal debt, yikes! The increases in interest payments alone from hiking rates on that $31 trillion in debt is gargantuan. It’s going to be one of the biggest line items in our federal budget. Here’s the thing.

People on the right, including myself, have talked about this for so long and nothing ever happens. You know what I mean? It’s not like people open up their mail and oh my gosh, the federal debt is out of control and I can’t pay my mortgage.

There is no linkage to people’s daily lives. But it does mean at some point that saner minds in Congress are going to say, no, we can’t continue to. For example, here’s a really minor thing, kind of minor. There is still a moratorium on student loan repayments courtesy of the Biden administration.

No one’s paying off their student loans. You have a moratorium. That costs a lot of money and at some point that has to end, and it’s supposed to end in January. But of course the Biden administration wants to keep it going.

I think with the Republican House, you’re just going to have more issues like that coming up. Maybe the raising of the debt limit, and I think they’re going to say no.

I hope that this Republican Congress will begin to play hardball on spending because I really do think most Americans feel that this is necessary.

Leahy: There are a lot of things that we hope for, Liz, and then there are things that really happen. (Peek chuckles)

Leahy: So here’s one thing for you. You live in the Northeast, which gets very cold in the winter. I was talking with a friend who lives not too far from you up there yesterday, and they said that they were about to pay their home heating bill, get a shipment, and it was going to be three times what it normally is. Do you see rising home heating fuel being a big significant issue in the Northeast over the next couple of months?

Peek: I do, and I don’t think people are prepared for that because their legislators really don’t warn them about it. And when it happens, it’ll be Putin’s fault. But in reality, it’s because, of course, we’re not producing as much oil in this country as we should be.

Also, these governors in the Northeastern states have refused to build pipelines, so the massive amount of natural gas we have in nearby states like Pennsylvania isn’t getting to market. New England is starved of natural gas.

So you have to supplement that inadequate amount of natural gas with other fuels, and it just drives the cost of everything up. That’s kind of what’s happening in Europe. They don’t have enough natural gas from Russia, so every other fuel has gone through the roof. It’s beyond stupid.

It’s all short-term political maneuvering by the legislators who have allowed this fuel crunch to happen. And unfortunately, American voters will never really understand what’s happening because the media really isn’t telling them that, and because it’ll all be couched in sort of a “isn’t it wonderful for the climate?” It’s not really wonderful for the climate if your house is freezing.

Listen to today’s show highlights, including this interview:
﻿
– – –