Washington Correspondent Neil McCabe Answers the Question of the Day, What Is Infrastructure? 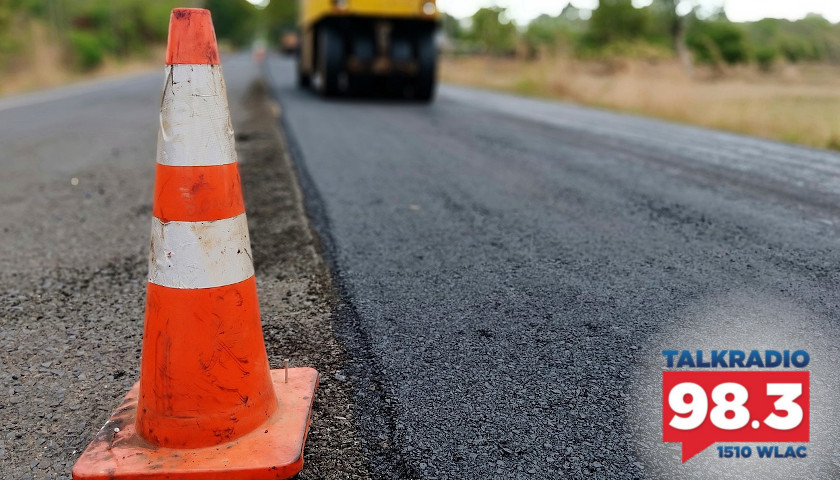 Cunningham: Neil McCabe, who is the Washington correspondent for Star Media and probably the most connected person in Washington, D.C., is on the line with us. Neil, good morning.

McCabe: Hey. Fantastic to be with you. I hope you had a good, long weekend.

Cunningham: We did. We did. Al Gore was in town, so it was cold. (McCabe laughs) So, unfortunately, we had a cold weekend, but I actually got in the water. I stayed in about 30 seconds, and then I got out. All right, Neil, we’re going to ask you the question of the day here. What is infrastructure? (Laughter)

Cunningham: What can you tell us about the huge package? I mean, he announced this week the package where he throws everything into this thing but the kitchen sink. How is this thing going to fare? Are Republicans going to stand up at all, or are they just going to pass this thing via reconciliation and it’s going to be over quickly?

McCabe: There are a number of different Republican senators that have made their way to the White House to try to cut deals, and all of them are sort of the usual suspects that you would expect, like Mitt Romney.

She’s also someone who uses Paul Ryan’s fundraiser. And I wrote about this for The Tennessee Star. She is completely linked in to this GOP resistance that’s being run by Paul Ryan. And this crowd is trying to push for an infrastructure bill. And who knows what’s even in it. Republicans are saying 900 billion. And that’s, like, their compromise.

Cunningham: Yeah, thanks a lot.

McCabe: But what’s even in it, right. The only thing we know that’s not in it is a wall on the Mexican border, which was, frankly, even throughout the campaign, that’s like, the biggest applause line Trump ever had.

And so what they’re going to do is the Biden White House needs to get this thing done. And they’ve told the Republicans that they have a week to sort of get their act together. And if they want to participate in this thing, the translation is the Biden and Democrats say we’re going to pass this.

And if you want your pork projects, if you want your swimming pools, your bridges, and all this stuff for your districts and your states. If you want all your goodies and Christmas presents put into this bill, you have to get on board now.

And they think they can pass it. They might be able to do a reconciliation, but they might not. The Senate is not lock solid. It’s a 50-50 Senate. And there are Democrats who are in trouble.

Cunningham: Has Manchin come out one way or the other on the whole budget?

And the idea is you can’t to stop the government from being shut down by a filibuster. And so you’re only supposed to have one budget a year hence, you can use reconciliation one time. And you can only use reconciliation when it deals with taxes or something connected to the budget.

This is why sometimes a tax bill can go through with reconciliation. But we saw in 2017, you can’t do a lot. It has to be kind of revenue-neutral. And so Manchin may or may not go along with this. My feeling is that Manchin will vote with the Democrats on their bills like this one.

He will not try to disrupt the rules of the Senate. You’re looking at in Arizona, you have Sinema and Mark Kelly, who may be no votes. Obviously, Hassan in New Hampshire is looking at Chris Sununu.

McCabe: Now people are saying, holy mackerel, we are going to blow up this economy with inflation. And the idea that Biden just announced another six trillion dollar bill. And people are like, whoa, guy, what are you doing?

Carmichael: Neil, let me ask you a quick question. Didn’t the COVID bill the Democrats passed, didn’t they pass that with reconciliation?

McCabe: I’m not sure if they use reconciliation.

Carmichael: Well they had to because no Republicans voted for it.

McCabe: So if they did, that was their one-off. The Parliamentarian rules that you can use reconciliation twice, then basically it’s game over. Then the filibuster is over. But the specter of inflation is becoming very, very real. And for the first time, the Republicans are getting political traction against the spending, not because of the debt, but because of this inflation.

Carmichael: Neil, let me ask a question. I’m going to make a statement, and you can correct me. I was under the impression that reconciliation could be used for taxes and spending.

But if you are going to pass another bill, for example, the ProAct or the Senate version of the HR1 that requires 60 votes, but the taxes and spending did not require 60 votes that you can pass that with a majority. Am I wrong about taxes and spending?

McCabe: No, you’re absolutely right. The reason why you have this reconciliation allows for one privileged motion a year in the Senate that is not subject to filibuster. But that’s because of the need to get the budget done.

But even then, there’s not a lot you can do because you have to be relatively budget neutral or revenue-neutral, which is why the 2017 tax bill was passed with reconciliation. But it couldn’t go to the far extremes, which is why they had the House bill repealing the estate tax, and Republicans put the state or death tax back in. Specifically, Mike Rounds from South Dakota, personally put the estate tax back in.

And whatever he doesn’t get done by July 4 will not get done. We’ve already crossed Memorial Day. They know that they have between now and July 4 to get something done.