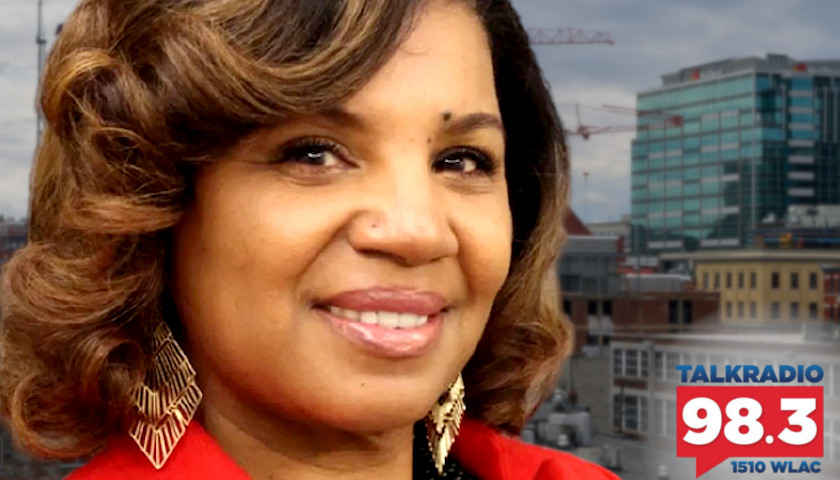 Live from Music Row Wednesday morning on The Tennessee Star Report with Michael Patrick Leahy – broadcast on Nashville’s Talk Radio 98.3 and 1510 WLAC weekdays from 5:00 a.m. to 8:00 a.m. –  host Leahy welcomed investigative reporter for The Tennessee Star Corinne Murdock in the studio to discuss what she’s not found in relation to the background claims of Nashville’s Community Oversight Board Executive Director Jill Fitcheard.

Leahy: We are with our ace investigative reporter at The Tennessee Star Corrine Murdock. Corrine, you are a seeker of the truth. You’re a reporter of facts. Now, there’s something very interesting as we look for the truth and we look for facts. Jill Fitcheard is the executive director of the community oversight board, whom you spoke with last week. She was shocked and shocked that apparently the recently resigned member Ovid Timothy Hughes was a convicted felon who is not eligible by law to serve on that board because he was not a registered voter. You asked her if she knew about that and she said…

Murdock: She just was taken aback. She didn’t answer yes or no. She just said oh.

Leahy: So she was taken aback.

Murdock: That’s what I meant by a little shocked.

Murdock: A couple of hours.

Leahy: Two hours of work. Okay, a couple of hours to find that out. She’s paid to you know manage this process and apparently didn’t have a couple of hours to find out if this nominee was qualified for the board. I guess she took him at his word. I suppose you can do that. She was the head of investigation for 11 years at the Nashville Public Defender’s Office. You would think she would have looked at that. Now you got curious about this. I think we’re asking all the members of the board and the other 10 members if they are registered voters. Have any of them responded to us?

Murdock: I’ve asked a couple and none of them have yet.

Leahy: Okay, I think it’s a fair question if we’ve demonstrated that one member of the board was not eligible and lied about whether he was eligible. He lied by telling the Metro Council that he was a registered voter. Apparently, you can do that if your social justice warrior, you can lie. What’s interesting about this is so it got us interested in the biographical claims of everybody associated with the community oversight board. One, in particular, caught our attention. Tell us about that. We are talking about Jill Fitcheard and her claims on her bio with the Metro government and her prior service as a police officer. Tell us about what she claimed and whether or not we’ve been able to verify that.

Murdock: Well, she claimed that she was for a number of years at an officer in the Metro D.C. police department. And I have reached out to Metro D.C. Police Department to verify this fact but I haven’t heard back yet. I also haven’t heard back from Jill herself to verify this background or the Metro Clerk that I reached out to inquire about her background and application.

Leahy: The Metro Clerk here in Nashville because it would be an open records request to show his biography of what her claim was. Now she states on her biography and we’re not saying this isn’t true. And we’re just saying corroborated because obviously, she has a track record of not corroborating the biographies and resumes of people that serve on the community oversight board.

Murdock: It’s a little disconcerting that a member of a board that is supposed to hold police accountable wasn’t held accountable. So I think it’s just a natural thing to want to verify everything at this point.

Leahy: Yeah just natural. And so Jill Fitcheard if you’re listening or anybody associated with Jill Fitcheard we will make our lead story the evidence that you present about your claim service as a police officer at the Washington Metropolitan Police Department. She claims to have worked in patrol, narcotics, and special investigations in Special Operations.

Now one thing that caught our attention is that she moved to Nashville in 1996 when she would have been 27 years old. In a very short period of time, she would have done a lot according to your claim at the Washington Metro Police Department. And she didn’t continue serving as a police officer in Nashville. She went to Tennessee State instead. It’s curious to me. That’s all I’m saying. We’ll give her the benefit of the doubt and I’m sure that she will be rushing to her phone and email to communicate with you Corrine to provide the dates that she served as a Metro Police officer in Washington D.C.

Murdock: And from what little digging I could do I couldn’t find a lot on her which was interesting. I couldn’t find basic background information and I don’t know why that is.

Leahy: These are just questions that actually the people ought to know. And clearly Jill Fitcheard you’re welcome to come on anytime and provide us the evidence that you served as a Metro Police Department police officer in Washington D.C. The other question is does it matter if there’s no corroboration provided for this. I mean it’s presented as a qualification. I think if I listened to her, I’ve listened to some of her talks she doesn’t sound to me like somebody who was a former police officer. She doesn’t sound that way to me.

Murdock: I was going to say we were having a conversation about this and usually when someone takes opposition to something that they were previously involved in they normally have some kind of disillusionment story and usually they’ll explain why they feel the way they do having been where they came from and their background. Especially as a police officer. If you are critical of police officers and maybe the conduct there must be a disillusionment story there. Something that you saw or something that happened to you. And from what we’ve been discussing we haven’t seen that.

Leahy: That’s a logical question from what she says now about police conduct if she’s served as a police officer. And you phrased it just the right way. There must be a disillusionment story. We’d like to hear what that is from her claim that she served in the Washington D.C. Metro Police Department as a police officer in the early 90s. We’d like to hear what that is. I don’t know. When the phone doesn’t ring we know it’s Jill Fitcheard to give us an answer. Well, maybe she will. We’ll see. We’ll see.