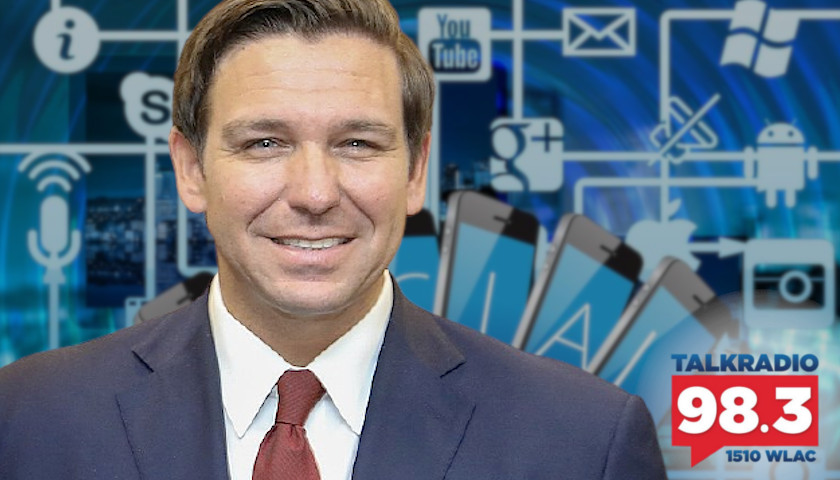 Live from Music Row Tuesday morning on The Tennessee Star Report with Michael Patrick Leahy – broadcast on Nashville’s Talk Radio 98.3 and 1510 WLAC weekdays from 5:00 a.m. to 8:00 a.m. –  host Leahy welcomed the founder of Pajamas Media and all-star panelist Roger Simon to the studio to talk about his recent article at The Epoch Times.

Leahy: In the studio with us the famous Rogers Simon and now political columnist for The Epoch Times. Roger people have questions for you. Mark from Nashville has a question for you. Mark, you’re on with Roger Simon and Michael Patrick Leahy. (Takes a call from a listener) Roger Simon, are you related as do you have any connection with the playwright Neil Simon?

Simon: I knew him. I played tennis with him, but I have a funnier story about it. And hat is when my first film came out that  actually got made because anyone who writes in the movie business writes about 53 movies before one gets made.

Leahy: Which film was this?

Simon: It was the Big Fix with Richard Dreyfuss.

Leahy: Great movie. And based upon your novel.

Simon: Based upon my novel. In those days, the movie was taken on the road by the studio to do the last refinements. They’d show it in Denver or some other place and the audience would write down what we call cards about what they thought of the film. And then the writer and the director and the star in this case because Richard also produced we’d sit there and read the cards that night in fear that we’re going to be killed or people would love it. And that movie most of the people liked it a lot but some didn’t.

Simon: I Will do it every time. (Leahy laughs) I was riveted about that one for years.

Leahy: You were not related to Neil Simon.

Leahy: But you played tennis with him.

Leahy: How did that come about?

Simon: He was a good player.

Leahy: How did you playing tennis with Neil Simon come about?

Simon: I don’t remember exactly but I got called up by this producer Larry Turman who produced The Graduate and he knew I liked to play tennis. I’ve been playing tennis since I was six.

Simon: I’m pretty good but I’m not great. And it turned out that the fourth player was Neil Simon. Then we got to know each other a little bit but not very much. But he did come to The Big Fix opening party and so forth.

Leahy: That was nice of him.

Simon: Yes. Well, he was very close to Dreyfuss because he wrote The Goodbye Girl.

Leahy: Of course, I forgot all about that. Which Richard Dreyfuss won the Academy Award for. Yeah, a great movie.

Leahy: Not quite as great as The Big Fix. Perhaps the best movie ever made. But a good movie.

Leahy: Yes, they do. Roger, you wrote a great piece at The Epoch Times. All Red States Must Join Governor Ron DeSantis of Florida Restrain Big Tech. tell us about that article.

Simon: Well, you know, I saw DeSantis speak at CPAC. He was very popular at CPAC. And everybody loved being in Florida because they have to wear a mask very much. But that’s the sort of minor part of it. The big part of it is to say it has has done some smart things. He is initiating legislation to give trouble to Big Tech. now Big Tech is I think the enemy of the people in this country.

Simon: And the federal government because it’s run by the Democrats that are loved by Big Tech and essentially support Big Tech and vice versa are not going to do anything about it. So the states have to do something about it in defense of the people. And DeSantis started it and now Abbott in Texas has done something. And every one of the states should really look to that legislation and start enacting legislation that restricts Big Tech and stop them from canceling people like me. (Chuckles) They haven’t canceled me yet.  but they’ve canceled everybody else. and I’m sure I’m on the list. They certainly canceled Dr. Seuss. And that’s I mean that’s beyond the Beyond.

Leahy: The Cat in the Hat is now bad. It’s crazy.

Simon: (Inaudible talk) In the Soviet Union. So I think we have to stop this in its tracks before it ruins the Country and really essentially ruins freedom of speech.

Leahy: Now there is a bill like that and currently under consideration in the Tennessee General Assembly. Next time you’re on we’ll have an update on where that is. Senator Mike Bell is one of the sponsors in the Senate. Well, we’re going to have him on he will talk about that. I want to talk to you a little bit about this Ron DeSantis fellow. What kind of speaker is he?

Simon: But DeSantis was good.  But I think the other thing is they had the straw poll at CPAC and it was surprising in a way because Trump is a better speaker than any of them. Trump is an electric speaker. Let’s admit it.

Leahy: Let’s also admit he tends to meander a bit.

Simon: If he had a late-night talk show, good by Jimmy Kimmel. (Laughter) But in the straw poll, DeSantis came in a small second.

Leahy: Even including Trump.

Simon: I mean, I think we even including Trump. I think it was 51 to Trump and 26 to DeSantis. I got it was a few weeks ago. But anyway, it’s just a straw poll at all that but I think the rank-and-file of the Republican Party really likes DeSantis and I think that he’s going to be, if Trump doesn’t run he’s going to be stepping in as a front runner very quickly.

Leahy: I think you’re right about that and Kristi Noem of course has ambitions in that regard as well.

Simon: She wouldn’t be bad.

Leahy: It was interesting to some extent, I mean here we are and it’s March of 2021 we haven’t even been through the first two months I’m sorry to say of the Joe Biden maladministration.

Leahy: It does! It feels like six years of misery. And moving towards totalitarianism at lightning speed. But back to your point. Look it’s got to be the state’s pushing back for the next two years next 15 months.

Simon: I’m telling you, it’s all in the hands of the states. and look Trump won more States than Biden did. If we were right and the election wasn’t kosher.

Leahy: It was not kosher in five states because of the unlawful elections.

Simon: But even more states. And we’re going to find out interesting things from in Georgia.

Leahy: It’s not gonna make any difference in terms of who the current president because of the failure of many institutions to stop unlawful, like election procedures in those five states.

Simon: Exactly. Which circles around the same thing. The states are the ones who have got to do the work right now. We’ve got a Republican government here in the state. As citizens, we have to keep our foot on these on all our politicians from our own party if we are Republicans to make sure they stick to it because boy they haven’t got much time really.

Leahy: I agree completely. I think this is an exec substantial challenge to the ongoing survivability of our constitutional republic. My senses are Tennessee General Assembly is doing a good job. Our governor in my view is more than a little bit weak and push back.

Simon: Well if he should be listening to us this morning.

Simon: What? He sleeps in like me usually when I’m not in.

Simon: He did one thing that was good the other day.

Simon: He walked around downtown and Broadway without a mask on and god filmed. Step one. That’s good. Now keep it up. Get further along. Take some risks.

Leahy: But he created his own problem and I’ll tell you why.  I think he unlawfully gave counties the authority to determine whether or not they should have masks. He didn’t have the authority to give counties that authority. Now Davidson County Mayor John Cooper has a stupid mask mandate still. And so he’s he kind of created his own problem in that regard. That’s a mistake in my view.

Simon: I agree with you. It’s a mistake. The whole COVID thing is so filled with mistakes we could sit here for 14 hours and we wouldn’t get through it.