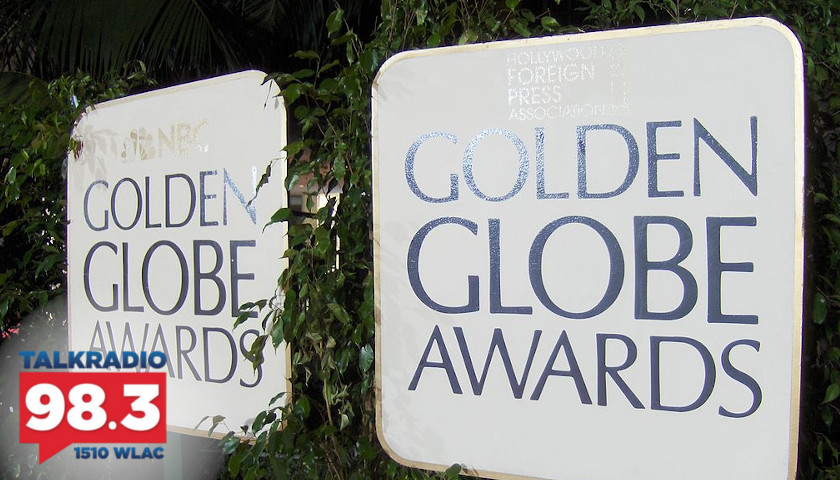 Live from Music Row Tuesday morning on The Tennessee Star Report with Michael Patrick Leahy – broadcast on Nashville’s Talk Radio 98.3 and 1510 WLAC weekdays from 5:00 a.m. to 8:00 a.m. – host Leahy welcomed Senior Editor-At-Large at The Epoch Times Roger Simon to the studio to weigh in in the Golden Globes cancellation and reflect upon what it was like to be part of the Hollywood scene as an Academy Award-nominated screenwriter.

Leahy: In studio with Roger Simon, my former boss at PH TV, now a Senior Editor-At-Large for The Epoch Times. Roger, you made a good suggestion to me off-air and I’ve been plugging shamelessly to all the coffee shops out there when I say we have a nice cup of radio station coffee. It’s sort of like Army intelligence right? (Laughter) It’s an oxymoron. A nice cup of radio station coffee. But I’m shamelessly, and Scooter our producer is going, yes we need to get some really good coffee in here.

Simon: You could give somebody a tip on it.

Simon: And add a lot of caffeine.

Leahy: What more could you ask for?

Ogles: But I had to get up at four o’clock in the morning to be here.

Ogles: Will work for coffee.

Leahy: Roger, you are the Hollywood guy here in town. You were right in the middle of Hollywood. An Oscar-nominated screenwriter. That’s very impressive.

Simon: Yes. But now excommunicated for my awful views.

Leahy: Because you think independently. Speaking of, I don’t know entertainment industry views on politics. I got to tell you this. You’ll crack up. Our lead story at The Tennessee Star. The tennesseestar.com. AP Government Test Asked How a Taylor Swift Instagram Post Illustrated Structural Barriers to Voting by our own Corinne Murdock.

Last week’s AP U.S. Government in Politics Exam asked how a Taylor Swift Instagram post illustrated structural barriers to voting. It appeared on the May third version of a free-response question. The college board explained to The Tennessee Star that Swift’s post as an example of a key concept for AP students how one’s knowledge of voter registration laws and procedures influences the nature and degree of vote turnout. My goodness.

Simon: Well, I have a rule that my rule is, anyone who pays attention to anybody in entertainment on anything serious loses eight IQ points per time.

Leahy: (Laughs) I think that’s a good rule. Taylor Swift is, let’s say we congratulate her on her great success as an entertainer.

Leahy: However her far left-wing illogical posts are another matter entirely. They should not be featured on AP Government text.

Simon: Laura Ingram years ago had a good title on that thing. What was it? Shut up and sing. And for the actors, it is shut up and act. But that’s the sequel book that was not written.

Leahy: Now give us some insight into why the politically correct Golden Globes now have canceled themselves.

Simon: Oh, no, they didn’t cancel themselves. They were canceled by the network NBC at which there is no more woke.

Leahy: What are the Golden Globes?

Simon: The Golden Globes are like one of the phoniest awards ever created. They’re given by something called the Hollywood Foreign Press Association.

Leahy: Is there, like a foreign press in Hollywood?

Simon: Yes. And then there are a bunch of stringers from countries, mostly some countries that you’ve never heard of, or places like Montenegro that are sent over by the Montenegro Times as a part-time job usually to report on the latest gossip about Brad and Angelina or something.

Simon: Anyway, these people are the ones who vote on the Golden Globes. Now the woke idiots at NBC that put this thing on the air have discovered that there were no Black people among the 25 or so of these people this year.

Leahy: There has been in the past right?

Simon: Yes. Sometimes they are from Nigeria. There is always somebody. But this year, no Black people. Uh oh, this is the year of the woke. So goodbye. Now the Hollywood Foreign Press, of course, has gotten on its knees and promised that they will have some Black people next year.

Leahy: None this year though.

Simon: They’re quickly wiring the Nairobi Times to send their one and only. The whole thing is a farce. So that anybody who actually watched this thing is watching kind of the silliest thing that they will watch. It’s another kind of phony Hollywood display. It’s even more fake than the Oscars. But by the way, I’m gonna say something in public that I was gonna put on The Epoch Times first. I happen to be an Academy member. They’re 8,000, 0 of us. A vote counts for more than it does most elections actually. For the first time, I did not vote this year.

Simon: Not only that, but I didn’t watch the award ceremony. The whole thing is so pointless and boring.

Leahy: It was a good movie.

Leahy: They don’t. But I’d like you to tell us about your experience attending the Academy Awards back then and tell us what that was like.

Simon: Oh, well, first of all, it was very thrilling because I was a young guy and I wanted to write and direct movies. That was my big ambition and I was getting closer to it. And to go to the Academy and first of all, I was so nervous it was ridiculous even though I knew I wasn’t going to win but I was being nominated. And they will say, well, being nominated is like winning.

Leahy: How did you know you weren’t going to win.

Simon: I was nominated against in my category, Driving Miss Daisy. Do you remember that that movie? That movie won like every award. I’m not saying that I was better than that or worse.

Leahy: I can say that.

Simon: I said it to my wife. It was a more interesting movie. It was a more serious movie, but nevertheless the experience  I think for writers, because writers in Hollywood are, like, lower class.

Leahy: At the bottom of the totem pole. So you get the nomination. How do you learn that you were nominated for Academy Award?

Simon: The story of how I learned about it will make you laugh because the Academy Awards nominations are announced at six am. I don’t know why exactly. Maybe for world media time or something.

Simon: Exactly. It has to do with all that. Anyway as I normally am at six am was asleep and got a call from my ex-wife.

Leahy: This is a Hollywood story. Hold it! Let’s do a little role play here. You be Roger Simon at six am in the morning on the day you’d learn and I’ll be there’s the telephone right now. Ring ring ring. You pick it up and what did you say?

Simon: This was pre-cell phone.

Leahy: This is your ex-wife?

Simon: Her name is Diane.

Leahy: And she says what?

Simon: You were nominated. And I said holy…

Leahy: You added an expletive and you can’t say on air. So then what did you do?

Simon: Well, I got up, drank about as much coffee as I could find in the house. I was single at the time and I sort of danced around I think. I can’t really remember.

Leahy: On the night of the awards, how did you arrive? Did you have a limo?

Simon: Everybody arrives in a limo. It’s vulgar and awful.

Leahy: Oh come on. You are in a limo. Did you come by yourself or did you have a guest?

Simon: I had my then-girlfriend who was then gorgeous. She was a Chinese-American woman named Pamela.

Leahy: So you had a date.

Simon: I had a date and I went with the man who directed the movie Paul Mazursky and his wife. It was four of us in the limo. And actually, I lived very close by where they have the Academy Awards.

Leahy: Did you walk on the red carpet?

Leahy: Were there people taking pictures or something?

Simon: Yes. All of that.

Leahy: Did you take a bow?

Simon: They are not all that interested in writers.

Leahy: So you walked down and all the press is there and you got your picture taken. And when they made the announcement of the winner, did the camera pan on your face, and did you deadpan it?

Simon: As a loser did I weep?

Leahy: Yes, did you weep?