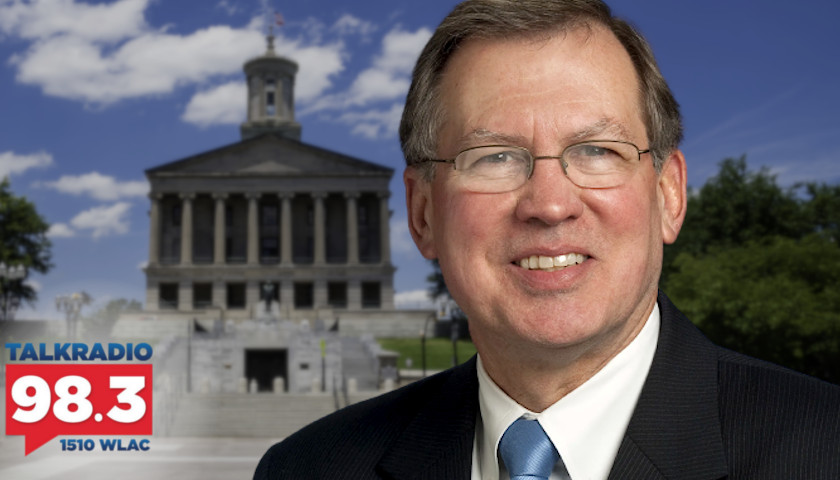 Leahy: I think this is the first time you’ve been on The Tennessee Star Report. We’re delighted to have you on here. You represent some trials, Dale, parts of Davidson County. You’re a pharmacist by trade.

Haile: That’s correct. And a farmer by love.

Leahy: And a farmer by love. Do you have a farm right now?

Leahy: How many acres do you have? What do you grow?

Haile: A little under 400 acres. Beef, cattle, and, hay. Currently, at least most of the land out for row cropping. But we have run the farm and it’s a family farm we’ve run it for since about 1975, I guess. And thoroughly enjoyed it. My wife’s part of the farm my wife’s great grandfather bought in 1896.

Leahy: No kidding. Wow. That’s history. That is history.

Leahy: So this session of the Tennessee General Assembly has ended. You’re on a couple of key committees there in the state Senate including your vice chair of health and welfare, member of the education committee, member of the very powerful Finance Ways and Means Committee. You want to talk today a little bit about three topics, children, families, and education. Which would you like to talk about first?

Haile: We will just start at the top with children. When you go into an elected position like this, this is the only elected position I’ve ever held. I really was not involved in politics while I was running my pharmacy. I kept my nose to the grind of the daily feeling of prescriptions and thoroughly enjoyed that career.

But throughout that career, I saw lots of families come through my pharmacy and children, and there were lots of needs there. And going into the Senate, I really did not have this on my radar that this would become a focus and passion. But it certainly has. One of the things that we’ve done, and you don’t hear a lot about this, but we established a safe baby court in Tennessee.

I visited and had an opportunity to learn about adverse childhood adversities that affect children and their brain development. And then learned about these zero to three courts or the safe baby courts at another seminar I went to. So I put those two ideas together and realize that we need to be taking better care of our children in Tennessee especially to have these adverse childhood experiences from zero to three.

80 percent of a child’s development takes place in the first five years. If they’re bounced around from home to home and from one trauma area to another for three years of their life, then something needs to change. By the way, when the state takes custody of a child, the average is three years to get them to a permanent home throughout the nation.

With the safe baby court, we’re trying to cut that down to nine months and we’re having a lot of success with that. It’s similar to a drug court if you’re familiar with that, where it’s within a court. And there’s 12 of these in the state and there’s 10 operating now. We’ve added two more this year.

Leahy: Was that the main accomplishment in this area, adding two more courts?

Haile: For this year it was. Yes, getting two more courts established. And you only put these in with judges that want this. They have to have a passion for this because it’s going to take more of their time. There’s going to be a coordinator of services around these children and these families. And what you want to accomplish is one of two things.

You either want to stabilize the family where the children go back with the family, the biological parents, and they don’t come back into state custody. Now, that’s a win first off, for the child. It’s a win for the family. It’s a win for the taxpayer because you don’t have the state taking care of that child any longer. So there’s a win all the way around on that.

The other side of that is for biological parents that cannot get their act together. I’ll just be plain about this. They can’t get their act together and within a short period of time, with all these services and folks talking with them and working with them on a weekly basis, then we’re looking at adoption. And the parents come to realize, I cannot raise this child in the way that this child deserves to be raised.

Again, the state wins. The courts win and the child wins. And so it’s a great program and we just continue to slowly grow that and develop it and try and spread the word of what we’re doing.

Leahy: How big a problem is this in Tennessee?

Haile: Oh, it’s a huge problem. We’ve got thousands of children do we have that the state is responsible for? And I’ve lost that number.

Leahy: But it’s a problem. How much of that, Senator Haile is just a reflection of a decline in society?

Haile: That is one problem. There’s no question about that because a lot of these biological parents just need to be taught how to raise a child. How to discipline a child and how to be responsible, how to hold a job, and how to have a stable family unit. That certainly is one issue. Another really really big issue is our drug problem.

And those two go really hand in hand. And a lot of these parents were raised this away. So you’re trying to break a cycle. Their grandmother was in child custody, their mother was in child custody. It’s a cycle that has continued. And so you’re trying to break the cycle in the family unit which will not only affect that one particular child in that family but other children within that family unit. So I think those are the two real causes.

Haile: Everybody has to come in to play on this. The state is responsible for the well-being of a child however, we need to be utilizing our churches and our nonprofits. And we have these courts spread out through Tennessee, and they’re in both urban and rural areas. Especially in the rural areas more than the urban.

We have churches that are heavily involved. They are there and take care of those children when parents are in front of the judge or talking with the judge or with counselors on these weekly meetings that take place. There’s a real role for churches to play in the local communities and the smaller rural communities where everyone knows everyone else.

And so they’re willing to get in and help. When you get in an area like Davidson County, then it becomes more difficult to reach out to those individuals. You may have folks coming from one town to the other side of town for some of these services and there is not that local community connection. That’s an area that we really need to try and figure out how we can do a better job with maybe staying within a community setting.

Leahy: Last question for you on this. We’re just going to cover this topic this time. Next time you come back, we’ll talk more about education. What do you have planned in this area for the next session of the Tennessee General Assembly in January of 2022?

Haile: Well, we have the authorization to expand these courts even more. We’ve got authorization and we passed legislation where that we still have 10 more courts that we can expand into. So I’m going to be looking for judges and not me as much as the O of C we’ll be looking for those cohorts at the Department of Children Services.

There are three agencies that are working together on this. You got the Office of the Courts, the O of C, Department of Children Services, and their Department of Mental Health. All three of these commissioners are working closely together to make sure that this is successful. And so they will be choosing the proper place and who wants this.

And as the judges have seminars and talk to one another and say, hey, this is wonderful. We’re having great success in getting children back to biological families or to a permanent home much quicker than we ever did before and it will continue to grow.