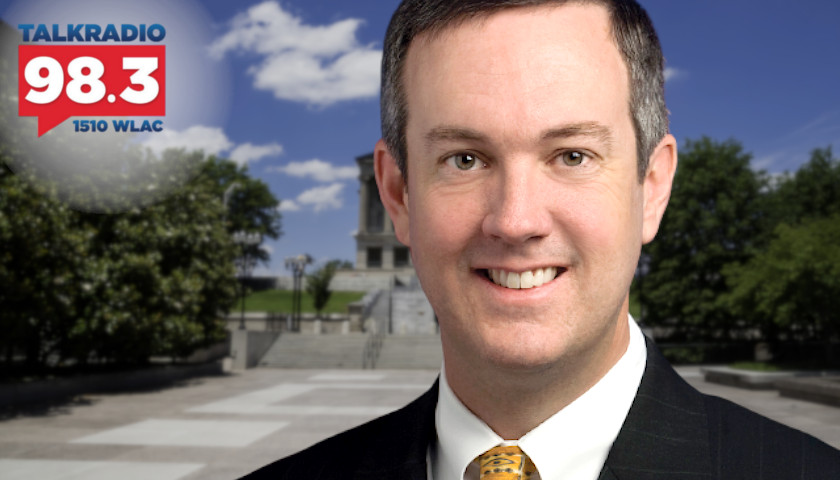 All Star Panelist Roger Simon: ‘The Secretary of State Should Be Responsible to the Voters’

Live from Music Row Thursday morning on The Tennessee Star Report with Michael Patrick Leahy – broadcast on Nashville’s Talk Radio 98.3 and 1510 WLAC weekdays from 5:00 a.m. to 8:00 a.m. – host Leahy welcomed all-star panelist and The Epoch Times’  editor-at-large Roger Simon in-studio to comment upon the role of Tennessee Secretary of State Tre Hargett and his responsibility to the voters of the state.

Leahy: All-star panelist Roger Simon with us. Roger, I want to elaborate on appointment made towards the end of that last segment.

And it’s about the Secretary of State, Tre Hargett’s statement issued by his his office yesterday afternoon about an hour after we reported that the three-year residency bill to be on a primary ballot in the U.S. House of Representatives had become law.

I’m going to read exactly what their statement was. And, Tre Hargett, I hope you’re listening because I am stating here right now that you have incorrectly made a statement after this law, and I’m challenging you, Tre Hargett, to come in to this program and defend your statement, which I am saying is factually incorrect.

The qualification deadline is April 21st, according to the statute. April 7th is the deadline for candidates who seek to be qualified to apply for their petitions. And the Secretary of State has two steps in the process.

First, the Secretary of State has to review all the signatures on the petition. They usually take 48 hours or so, and then they determine if those actually meet those petition filing standards.

Simon: I want to add to this that this has been known for some time, even to us newcomers in Tennessee, via your show and other things. We’ve known this. So therefore, why was it not known by the Secretary of State’s office?

Leahy: I think it was known.

Simon: Exactly. Obviously, it was known. Then the next question Sherlock would ask is, why this word salad?

Leahy: The word salad is basically so that, we talked about this before, so that Associated Press would take the statement and go with a headline claiming that the Secretary of State, with that statement, was saying that Morgan Ortagus is on the ballot.

Simon: Then the next thing that would happen is this would be accepted as the truth, and everybody would roll over.

Translation: What’s the qualifying deadline? Here was their answer on February 22nd. “If the legislation passes, whether it will affect the candidates for the August 4th, 2022 primary election depends on the enacting date chosen by the General Assembly. The April 21st, 2022 date to finalize the ballot will not be affected.”

The effective date was April 13th. The finalizing the ballot date is April 21st. So that is the statute. The qualifying deadline is April 21st, and the petition filing deadline – and Frank Niceley told us the same exact thing about this, and by the way, State Senator Frank Niceley told us the following: ‘Robby Starbuck and Morgan Ortagus were off the Republican primary ballot as soon as their bona fides were challenged before the Tennessee GOP by bona fide Republicans in the 5th district.

The SEC members would need to vote to put them back on the ballot in order for them to be qualified. The Secretary of State and the governor have no control over what the SEC votes do. And by the bylaws, they have been removed from the ballot. They have an opportunity to be restored. (Simon laughs)

Simon: Bylaws are made to be broken, like most laws, unfortunately, and bylaws more easily than most. This is, I think, a teaching moment for all of us who are interested in politics, which means everybody, theoretically, because it’s going to affect you down the line.

Although in this instance, I will put a little asterisk on it. And here’s my asterisk. I don’t think the most significant thing in the world is who is going to be winning the Republican nomination for the 5th district.

I think my bet is that that person will win the election, and that person is not going to vote very differently one from the other, except for this guy Winstead, whose wife is a lobbyist for the Democrats.

Leahy: Yes. Kurt’s been on the program. We’ve talked to Kurt.

Simon: Did you ask about his wife’s lobbying activities?

Leahy: No. We’ll ask him that the next time he’s in.

Simon: That’s probably the most significant thing you can ask about.

Simon: Whether the rule of law will be followed.

Leahy: There you go. Let’s talk about the rule of law. Whether or not the rule of law will be followed. To me, I look at this and the Secretary of State here, Tre Hargett, who, by the way, is hired by the Tennessee General Assembly.

Simon: Error. That is not a good thing.

Leahy: You’re not changing it. It’s in the Tennessee Constitution.

Simon: I know it is.

Leahy: You will not change it.

Simon: There are a couple of things in this constitution people should look at.

Leahy: I understand all these arguments. For instance, direct election of attorney general never going to happen here for any number of reasons. But I would agree with that. But the point is we have a Secretary of State, Tre Hargett, who, in essence, is saying …

Simon: He’s not responsible to the voters.

Leahy: No, even more. He’s saying that he apparently does not intend to enforce the law as passed by the Tennessee General Assembly. That’s what it looks like to me.

Tre Hargett, by the way, you are welcome to come in the program and defend yourself. But right now the statements from your office are confusing at best and conflicting at worst and disingenuous, perhaps, is maybe an even more accurate way to put it.

Simon: I’m not arguing with any of that. I think you’re right. But when you come back to the semi-defeatist statement that you made about not changing any of these Tennessee regulations, I think we should start thinking about that. The Secretary of State should be responsible to the voters. It’s a pretty big job.