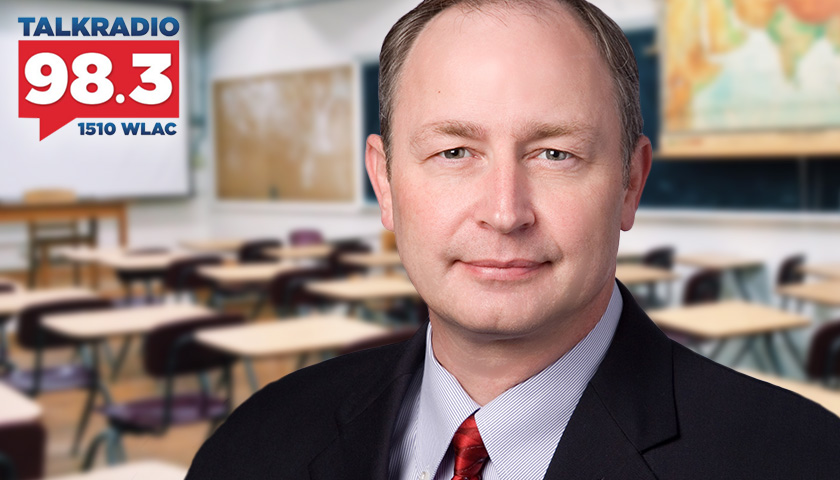 Tennessee House of Representatives Candidate for District 35 William Slater Talks About His Passion for Education, Background, and Why He’s Running

Live from Music Row Tuesday morning on The Tennessee Star Report with Michael Patrick Leahy – broadcast on Nashville’s Talk Radio 98.3 and 1510 WLAC weekdays from 5:00 a.m. to 8:00 a.m. – host Leahy welcomed District 35 candidate for the Tennessee House of Representatives William Slater in-studio to talk about his education, background, and why he’s running for public office.

Leahy: We are joined in-studio by the official guest host of The Tennessee Star Report, Aaron Gulbransen, and a new friend, Mr. William Slater, who is a candidate for the Republican nomination for the Tennessee House of Representatives in the 35th district. Good morning, Mr. Slater.

Slater: Good morning, Michael. Thank you for having me. I appreciate it.

Leahy: First, tell us where is the 35th district? What are the boundaries of that district?

Slater: Yes, Yeah, so the 35th district is part of Sumner County. Starts in Hendersonville, runs all the way up through Bethpage and includes all of Gallatin, and then continues on out to Trousdale County.

Leahy: Who currently represents that district?

Leahy: Open seat. Now, who are you, and why are you running for the Tennessee House of Representatives?

Slater: I’m William Slater, and I am running because I’m passionate about education, business, and public safety. Lived in Sumner County since 1996, my wife and I met and married in Florida and moved there with our four kids 26 years ago. Love Sumner County, love Tennessee, and just excited to represent the folks of Sumner and Trousdale County.

Leahy: What is your professional background?

Slater: Education and business. I’ve been a professional educator since getting out of college in 1985.

Leahy: Where did you go to college?

Slater: I went up to a small private Christian college up just outside of Chicago.

Leahy: What’s the name of it?

Slater: Hyles-Anderson College. And then went on to the University of South Florida and then finished up here at Nashville School of Law.

Leahy: Nashville School of Law. Do you have a JD from the national law?

Slater: I do, yes. Never intended to practice law, but love education, passionate about it and wanted to teach school law, and that’s what I do. I’m at Welch College, which is a conservative Christian college in Sumner County, and I teach graduate students there.

Leahy: What courses do you teach?

Slater: I teach school law, teach special education law, and then I teach faith and ethics in education.

Leahy: Tell us about Welch College.

Slater: Welch was founded in 1942, is the Free Will Baptist Bible College here in Nashville, [originally] down on the west end in Richland Avenue area, and moved out to Summer County in 2017. And that’s when I came on board. Been there five years.

Leahy: And how many students are there at Welch College?

Slater: About 450 students, and that includes both on-campus students, which we’re the only residential campus in Sumner County. Of course, we have commuting students and then our graduate students as well.

Leahy: Is it accredited?

Leahy: And are you a full professor there?

Slater: I’m a dean. One of the deans there. I’m the dean of adult and online studies. And then, as I mentioned, I teach in our graduate program. I teach in the Master of Arts in Teaching program.

Leahy: Now, tell us a little bit about your teaching background.

Slater: So I started out teaching in Christian schools and my favorite thing to teach in my teaching background is English and history. So that’s what I was trained for, and taught a lot of history, American government. And then of course, when I got to Tennessee, Tennessee history, world history, those kinds of things.

Leahy: When we come back, we’ll have more with William Slater, who’s running for the Republican nomination in the 35th district of the Tennessee House of Representatives. This is The Tennessee Star Report. I’m Michael Patrick Leahy.