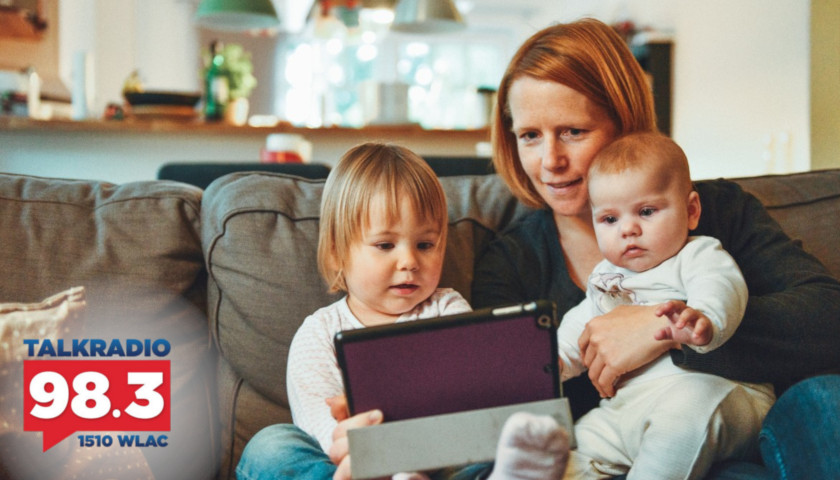 Live from Music Row Wednesday morning on The Tennessee Star Report with Michael Patrick Leahy – broadcast on Nashville’s Talk Radio 98.3 and 1510 WLAC weekdays from 5:00 a.m. to 8:00 a.m. –  host Leahy welcomed guest host Ben Cunningham to the studio who commented upon a recent Vogue Britain article by Nell Frizell who claims that perhaps having a child was contributing to climate change.

Leahy: Yes. That’s a frustrated parent in Northern Virginia, where the crazy leftists have gotten control of the school system. They’re doing that here in Williamson County and Davidson County as well. But really crazy up in Northern Virginia where they’re all a bunch of dadgum government bureaucrats who just kind of show up and get a paycheck and don’t do much of anything except obstruct the advancement of free enterprise.

Cunningham: They’re all in this great competition to see how completely unhinged they can be. And they’re taking over our schools, taking away advanced classes, and putting in critical race theory. The public school system is really in jeopardy. I don’t think there’s any question about that.

Leahy: We’ve covered that story at The Virginia Star, one of the seven constellations in our network of Stars. The Star News Network. And it’s very clear they’ve decided, I think it’s Loudoun County, one of the suburbs there that they’re going to get rid of advanced math because nothing says racism like advanced math. (Laughter)

Cunningham: You look at people like Thomas Sowell and Walter Williams, and all these people that have been calling out the lefties for years and still it continues. They obviously are living in their own little bubble. It’s this kind of mass hysteria on the left. And they just keep ratcheting up the crazy.

Leahy: And it’s coming to Williamson County here as well. It’s been there. We reported on this White privilege concept that they were teaching the teachers a couple of years ago at The Tennessee Star. It’s gotten worse. I’ll get to that story in a second. I have to talk to you, though, Ben. You brought this story to my attention and we’ll just present it and muffle the laughter in the background. Yes, this is an article at Vogue and it’s not coming from The Babylon Bee. It’s not coming from The Onion. Apparently, with this headline, it’s from Vogue Britain. Already, you know.

Cunningham: It parodies itself.

Leahy: I’m going to read the headline, and I’m just going to let the headline just hang there for a while. It’s by Nell Frizzell who is having a baby in 2021. Pure environmental vandalism. (Cunningham laughs)

Leahy: How stupid are the Brits? I mean, of course, there are a lot of stupid people here. And I’ll just read some of the low lights of this story from Nell Frizzell. “While just having my son and probably every day since I have wondered whether having children is in itself an ecologically sound or unsound decision.”

Cunningham: It just encapsulates all the craziness of the left here. Here’s this woman wallowing in her own martyrdom and guilt, which she, of course, is the product of her own narcissism. It’s moral narcissism on the left from A to Z. And these people just wallow in it and say, look at me. I’m aware of all the evils of the world, and I’m trying to correct them.

And I’m a big enough person to admit that I’m destroying the environment. The whole thing is just weird. It’s just some deviant religious behavior when you think about it. Not science at all.

Leahy: So let me continue if you can bear it.  Nell Frizell. “Is having a child an act of environmental vandalism or an investment in the future? Is it possible to live an ecologically responsible life while adding yet another person to our overstretched planet? Can I get away with it if I just never learn to drive? Never get a dog and keep wearing the same three pairs of jeans for the rest of my life?” (Laughter)

Cunningham: Oh, man, I’m sure you’ve seen the video of the lady talking to I think it was either AOC or Greta about her daughter? Have you seen that video that’s been going around in the last couple of days? She basically saying her daughter came to her and said, mama, I’m worried about the end of the world. This is like a six or seven-year-old child. And the woman, rather than saying, dear, you just go out and play,

Leahy: Pay no attention to the crazies behind the curtain.

Cunningham: She encouraged this apocalyptic guilt that is so popular and so lovingly embraced on the left these days. And they’re inculcating their children with this same kind of crazy attitude. And it’s just child abuse. It’s pure child abuse.

Leahy: Now, this is why we get along so well. I was about to say that very word. This is, of course, the definition of child abuse. While we’re on the topic of child abuse let me continue with the story by Nel Frizzell at Vogue. “For the scientifically engaged person, (Excuse me while I laugh.) There are a few questions more troubling when looking at the current climate emergency, than that of having a baby. Whether your body throbs to reproduce you passively believe that it is in the cards for you one day or you actively seek to remain child-free.

The declining health of the planet cannot help but factor in your thinking.” Okay, Ben, what are the measures of the health of the climate? I can get my cholesterol checked. I can look at my health. I can do an EKG. I can do all that sort of stuff. I can check my body mass index which is not going in the right way, but nonetheless. (Cunningham laughs) I can do all those things.

Leahy: Join the crowd. But where does the planet go for its daily monthly annual physical? Is Nell Frizzell there taking notes?

Leahy: Speaking of wallowing, we’ll come back. I’m just going to have to hold this after the break. There’s more wallowing from Nell Frizzell at Vogue. And you just can’t wait to hear this.