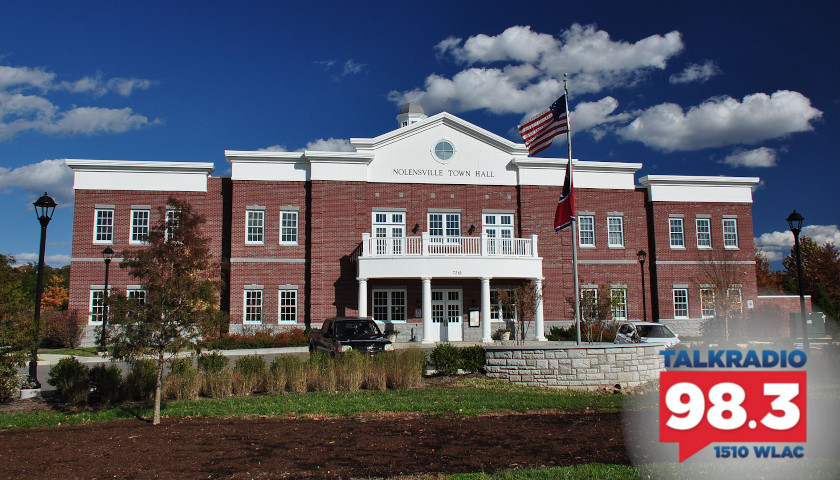 Leahy: Our guest on the newsmaker line, town manager Victor Lay. Victor, I know it’s good to do this via the phone, but I’m going to invite you to come in studio sometime. It’s not too far away from Nolensville.

Lay: I would love to take you up on that.

Leahy: We’ll get you in here at a better time (Lay laughs) because only the crazy people show up in person at 5:00 a.m. or thereafter. Let’s talk about all of the challenges facing Nolensville.

By the way, I love Nolensville. It’s a nice quaint little town that’s now in the process of experiencing explosive growth. What are the biggest challenges that you see there Victor Lay?

Lay: One of the biggest challenges, obviously, is the traffic that’s generated by the growth. Nolensville has one major north-south route. That’s Nolensville Road, 31A, 41 A, that’s running right through it.

It’s a two-lane road up until you get into the Metro Davidson area where they’re working on it now to become a four-lane road. That’s the primary challenge for that growth.

Leahy: How do you deal with that? Because it’s currently a two-lane road. And on either side of the road, right next to the road there are houses and there are businesses. That’s a challenge I think.

It’s a little bit like you had on Duplex Road in Spring Hill, right? Which was an old kind of two-lane farm road that’s been widened. But that’s been a lot of work on that one.

Nolensville has already started working with TDOT with regard to Nolensville Road. Actually, that process started back in the early 2000s. There are designs out there that TDOT has put together for a bypass around some of the historic areas of Nolensville that you physically cannot widen in.

And so one of the pieces that I’ll be doing over the next few years is really working with TDOT closely to determine the best route and what is a good, viable plan for that north-south traffic.

And it’s not just the north-south traffic, but we’re actually right at the beginning of the process of updating our major thoroughfare plan. And we’re looking at all of our connections – east-west connections, north-south connections – so that we can make sure that as the town grows we are incorporating that growth inside the roadway.

We’re requiring right-of-way dedication so that we have the opportunities to widen those roads and make those connections so that folks have alternative paths as well as the main route.

Leahy: I think you said today you expect that the 2020 census will show that the population of the town of Nolensville, about 10 square miles just south of Nashville, is about 14,000. If we look forward 10 years from today in the 2030 census, what do you think that number will be?

Lay: Good question. If we continue to go through the same type of growth that we’re experiencing today, you’re probably looking easily at another 5,000 people. 3,000 to 5,000, maybe.

And that may even be a very conservative number. It could be closer to seven. So it’s very likely that we’re going to be in that 20,000 range. Somewhere between 20 and 25, I can safely say.

Leahy: Let me ask you this, how many of those new people moving into Nolensville are coming from California?

Lay: There is a significant amount that is coming in from California. We see California, New York, and Illinois. Just a tremendous amount of influx into that area.

Leahy: People from California, New York, and Illinois, do they have trouble adjusting to the way things are done in Tennessee?

Lay: (Chuckles) In some cases, it’s just different. Most of the time what we have found is that they appreciate some of the ways that we do things in Tennessee. It’s not as arduous. It’s not as complex.

As long as we are straightforward and letting them know the process, they generally don’t have too difficult of a time transitioning. It’s when people don’t understand the processes and they feel like that they’re not getting the best answers that usually generate the problems.

Leahy: Have you had any of those experiences since you’ve joined the Nolensville town manager in January?

Lay: Not specifically in Nolensville. To date, I’ve not had anyone that has moved in and said, well, this is the way we did it in our particular state. I experienced that once or twice in Spring Hill.

Leahy: You did? (Laughs) Let me just roll play with you here, Victor. If somebody is coming from, I’m guessing I’ll just say it’s a blue state, right?

Somebody coming from a blue state, do they ever say now, Victor, that’s not the way we did it back in my blue state. Did you have that kind of a question?

Leahy: You know what my response, Victor, to that would be? My response would be, well, that’s great. Why don’t you go back to that blue state and leave us alone? Of course, you can’t say that.

Lay: I usually try to drill down with them to understand what it is that they have difficulty with or that they think is an error in the way that we are doing business.

Leahy: This is why you are so well suited to that job because you’ve got an understanding of human behavior and you have patience. Victor, thanks so much for joining us today, and come in studio sometime.

Lay: I would love to do that.