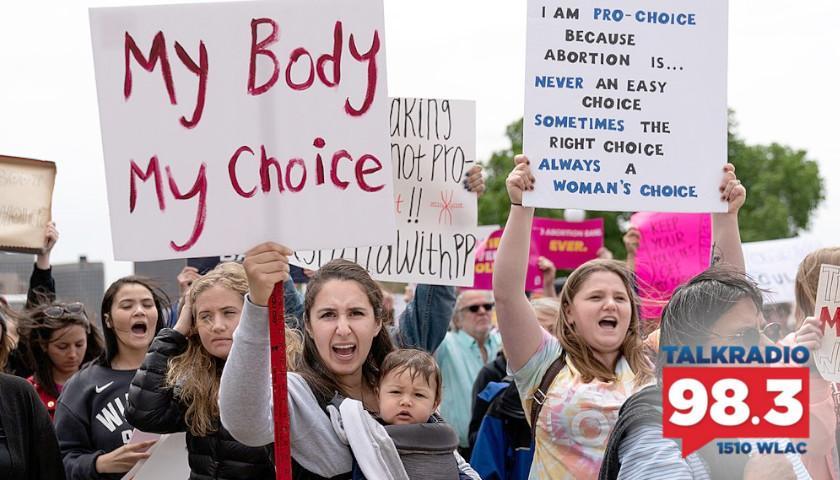 Crom’s Crommentary: ‘My Body My Choice’, but No Choice from Democratic Party Except for Abortion

There are actually two issues that fit together in this Crommentary. One is a headline in The Wall Street Journal this morning that says “Biden Goes After Gig Workers.” There are 20 million. A gig worker is somebody who’s an independent contractor.

But they get to choose their own hours and they get to have flexibility. Well, Biden wants to force 20 million gig workers to become employees by definition. This is against their choice.

Many of these gig workers, by the way, are female. My body, my choice? Not when it comes to your employment, thank you very much. But there are 20 million. And the courts have already ruled and defined what a full-time employee, what the definition is.

A related story – and there are two of them from The Epoch Times headline: “Pfizer Executive Concedes COVID-19 Vaccine Was Not Tested on Preventing Transmission Before Release.” So what the heck was the whole purpose of it if it wasn’t for that?

But there are many healthcare workers and military people, women, especially in health care, but also in the military, who did not want to take the vaccine because they were young and healthy.

My body, my choice. Once again, what did Biden do? He said I’m going to force you to put something in your body that you don’t want. And now we know that the whole purpose of the vaccine, if it was to help prevent transmission, which is what they said it would do, was a lie.

It had not been proven. In fact, it’s now proven that it didn’t do that. Then the next one is also from The Epoch Times. “CDC Won’t Release Review of Post-Vaccine Heart Inflammation.” We now know from other studies from other countries that young men between the ages 18 and 29 in particular, who’ve had the vaccine, have many, many times greater likelihood of getting a serious, serious heart issue, including death.

And the CDC apparently finally has the information and it must be so bad in the U.S. that they won’t release it. But once again, my body, my choice. And so what you get with the Democrats is that they’re all in favor of pro-choice on one issue.

They want women to have the ability or the right to have an abortion all the way up to the day of  or including the day of delivery. And by the way, that issue is not resonating the way the Democrats wanted it to because it’s a state-by-state issue now to determine what the limitations are.

But the whole my body my choice when it comes to working, when it comes to where you’re going to send your kids to school or whether or not you are forced to take the vaccine, women have no choice in the world of the Democratic Party. 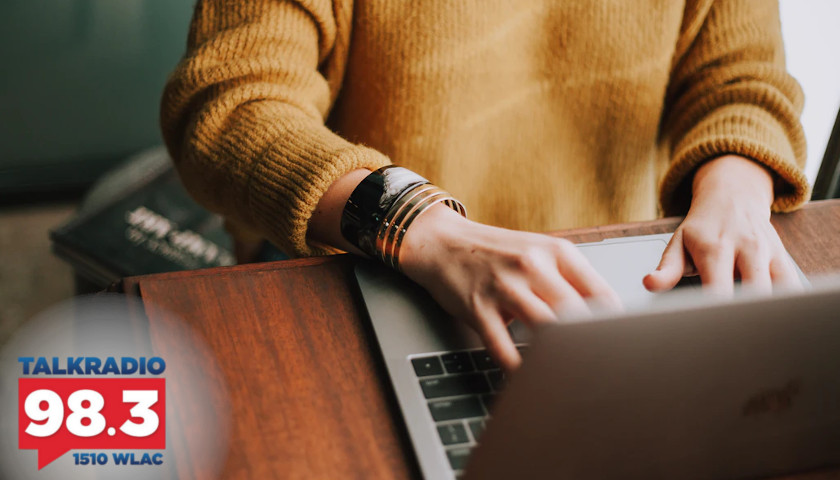 Leahy: We are joined on our newsmaker line by a good friend, Patrice Onwuka with the Independent Women’s Forum. Patrice, there you go again, (Onwuka chuckles) using logic to dispute what the Biden administration is doing. You have a piece about the gig economy and how Biden wants to ruin that.

Onwuka: I do. Actually, I’ve been writing quite a lot about what’s happening. We’ve got 57 million Americans who are employed on their own terms. They are freelancers. They are independent contractors. Maybe they’ve left an industry but have a ton of knowledge, and they contract their services and their work out to different companies.

Well, the Biden administration has a problem with that. They don’t like independent contractors because they cannot unionize those workers. Those workers are not employees and they don’t want to be employees. They want the flexibility to create their own schedules.

They want to have their own client roster. They want to carve out the work that is important to them. Unfortunately, the Bite administration is doing everything they can through the regulatory process as well as through the legislative process, to make it difficult to continue to be an independent contractor across the country.

Leahy: Well, it works so well in California, though. (Laughter)

Onwuka: All the best ideas come out of California right? (Chuckles) Wrong. What happened is California passed the bill called AB5 which changed the standard to determine whether a worker as an employee or an independent contractor.

Overnight we had stories of translators, florists, and small business owners saying they lost income by upwards of 30 to 50 percent. All of their clients dropped them because they were worried about this new law that made it difficult for someone to be an independent contractor and to be classified that way.

The way the law works is that you would have to hire that person as a full employee, give them all the benefits, all of the overtime pay, or the minimum wage pay. And that’s an increase in cost for businesses. There’s a reason why businesses choose independent contracting rather than employees.

And so lots of California workers were hit terribly. They lost a lot of income and contracts. And this is even before the pandemic. And of course, the pandemic just made things worse. So obviously, the Biden administration would want to take a bad model and make it nationwide.

And that is what’s going on. You’ve got a federal bill called the PRO Act that could be passed that would make this federal law. And we see the Department of Labor also instituting some regulatory changes in a similar vein.

Leahy: Who in the Biden administration or the Bike maladministration, as I call it, is pushing this stupid idea?

Onwuka: The Secretary of Labor, Marty Walsh. He is a huge union guy. He spent decades and unions back in Massachusetts. I’m very familiar with him. I grew up there and he is parroting everything President Biden is saying in wanting to push forward these changes.

The Department of Labor, as I mentioned, it upended a Trump our rule that was actually really good for independent contractors. And so the Biden administration is saying, no. They’re working with Congress to push forward on this agenda. Michael, let me just underscore what’s going on here.

There are serious politics driving this. Unions are behind this push. They pretty much wrote the legislation in California. And they are now pushing for the PRO Act at the federal level because it would expand the number of union workers.

These are small business owners across the country and people who translate from Spanish to English in courtrooms for example. People who are advertisers and maybe their graphic designers. They play mall Santas at Christmas time.

At IWF, we have talked to these workers in California, regular folks who suddenly saw their livelihood’s cut because of bad policy at the state level. Imagine what that would do across the country.

Leahy: What’s the likelihood that this very bad, very stupid bill will pass in the House? It’s passed the House, hasn’t it? It’s in the Senate now?

Onwuka: Yes, it passed the House by a very close vote. Unfortunately, a few conservatives did support it.

Leahy: Who supported it?

Onwuka: I don’t have the list in front of me.

Leahy: But there were some Republicans that voted for this?

Onwuka: There were a few union-friendly states.

Onwuka: And then in the Senate, we are leaning on just a couple of handful of senators. Senator Sinema and as well as Manchin of West Virginia. I believe he might have come out in support of it.

Leahy: Typically the usual suspects to stop the idiocy of the Democrats are Senator Sinema from Arizona and Senator Manchin from West Virginia. On this one, Manchin is all unioned up. So he’s not going to do it. But Sinema might.

Onwuka: Mike Kelly I believe of Arizona is well, could also be one of those is voting.

Leahy: Because he’s up for reelection for a full six-year term in 2022. That is very, very interesting. Well, for self-protection, (Onwuka laughs) if this thing passes first, will there be litigation to stop it immediately?

Onwuka: Absolutely. I absolutely think so. I think there are some public interest law firms that are thinking through legal strategies right now to challenge the law. I think what we saw in California was also a valid initiative that was funded by a lot of the gig economy companies like Uber and Lyft.

Leahy: In California did that initiative make it on the ballot or is it in the process?

Onwuka: It did and it passed by over a margin of 60 percent. Voters said, no, we do not want these gig workers to be classified as employees. That was a win for the gig workers.

Leahy: When did that happen? And where does the law stand there now in California?

Onwuka: It happened in November. Last November it was on the ballot. It was a great win there. And so the law still stands. What happened is that the law became so sweeping and it was meant just to hit the Ubers in the list.

But it was written so broadly that every single occupation, you’re talking about hundreds of occupations and millions of workers in California got swept up. Some different groups are able to get exemptions from the law.

And then another law was passed with hundreds of more exemptions. But there are still many people in California who still are under the impact of AB5.

Leahy: Why didn’t that referendum throw that law out?

Onwuka: It was narrowly written to focus specifically on the gig economy. It wasn’t just broad for everyone. At IWF we liked the spirit of the ballot initiative but we also were worried about all of those other people who were not exempted.

And you know what, Michael? You shouldn’t have to use money to lobby to get some sort of exemption. If the law was smart on its own, if it was good policy, you wouldn’t need an exemption.

Leahy: I totally agree with that.

Onwuka: From a principled standpoint, we need to be fighting for more opportunity, more work, and more flexible work for the moms, for the dads, and for the people taking care of aging parents who really want that flexible environment.

Leahy: You obviously will never get a job in the Biden administration, Patrice, because you have common sense!

Onwuka: Well, I don’t want to be there. And yes, I’ve got common sense. And that’s what we’re pushing for. Just common sense solutions for what’s going on in the workforce.

Leahy: If this passes, there will be massive resistance to it around the country I would think. Don’t you?

Onwuka: There would be. It’s scary to wait until after the law passes to find out what’s in it. We saw what happened with Obamacare and the Affordable Care Act.

Leahy: You’ve got to pass it to learn what’s in it. Pelosi’s famous words.