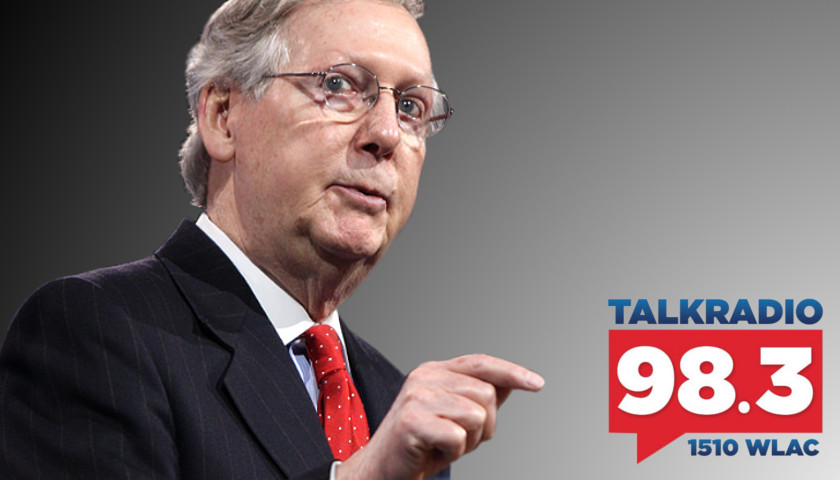 The Tennessee Star Report: Crom Carmichael Talks Strategy and the Abomination of Section 230

Live from Music Row Monday morning on The Tennessee Star Report with Michael Patrick Leahy – broadcast on Nashville’s Talk Radio 98.3 and 1510 WLAC weekdays from 5:00 a.m. to 8:00 a.m. –  host Leahy welcomed the original all-star panelist Crom Carmichael to the studio to weigh in on the abomination of Section 230 and the strategy to right it.

Leahy: In studio, the original all-star panelist, Crom Carmichael. Crom, you say it’s time for the Republicans and Conservatives to get smart on tactics?

Carmichael: Yes. Why is it that big tech is able to do what they do and get away with it legally?

Leahy: They have protection from Congress.

Carmichael: I’m going to take a stab at it. But I think it has to do with budget bills.

Carmichael: And spending. Because this big COVID bill that just passed wasn’t a budget, but it was spending. And it passed with a 50 to 49 majority, which Republicans could filibuster that. Here’s what I would do if I were the Republicans, and I get control of all three because I think that Section 230 is an abomination.

The protection that it affords allows these platform companies to have a political agenda. I would increase taxes to 80 percent for all companies that are protected by Section 230. I could do that through reconciliation. And I might even impose a huge tax on the net worth of executives that have money because of Section 230 because they’re getting all of the benefits because of that law.

Carmichael: Yes. And so the point that I’m trying to make is that if you put that in legislation, the executives who are protected by 230 would go nuts and the Republicans could go to them and say this is going to pass unless you go to your Democrat buddies and get them to do away with Section 230. So we’ll break the filibuster, you’ll help us break the filibuster, or we’re going to tax your butts and ruin your value.

Leahy: However, how do you get Mitch McConnell to adopt such a strategy?

Carmichael: If you want to get rid of Section 230, that’s the strategy.

Carmichael: If Mitch McConnell wants to get rid of Section 230, if he does, then Mitch, here’s how to do it. You put so much pressure on the people who are protected by Section 230. You put so much pain as long as they keep that protection that they run the Congress and say we’re willing to give up the protection.

Leahy: But Crom, here’s my problem with this and Mitch McConnell.

Leahy: Somebody has to implement this strategy in the Senate.

Carmichael: Well, of course, you and I are just talking here. Well, I understand, but the Democrats do a great job putting pressure on people that they want to behave differently. Does big business support Democrats now?

Leahy: It’s in their self-interest.

Carmichael: It’s not just in their self-interest to send their self-interest because they don’t want to be punished. They fear the Democrats. They fear them. So they do what the Democrats want them to do. That’s just the way it is. I don’t like it. But if those are the rules and if that’s the playing field that I’m on, then I have a choice. I can either be highly principled and accomplish nothing. In fact, my side will always go backward.

Because the other side gets to use the fear of things like what we were talking about earlier. critical race theory. and all of these things to use power over others. Republicans, Unfortunately, it’s the world we live in today. Unfortunately, Republicans need to learn how to put pressure on other people that they want to change their behavior.

Leahy: I cannot disagree with you at all. The question is, how do you do that?

Leahy: You’ve got to get a Mitch McConnel to change the behavior.

Leahy: I’m with you. Terry in Knoxville.

Carmichael: We have Terry in Knoxville…

Leahy: Who wants to join us. Terry, you want to weigh in on our lively discussion here this morning? Terry, Welcome

Terry: Morning. As usual, I agree wholeheartedly with Crom. (Laughter)

Terry: But you have to get back to the point where he said you control the House, the Senate, and the presidency. Well, we need the tactics to do that first before you can get to the point he’s talking about. And they had the opportunity to get rid of Section 230…

Carmichael: No, they didn’t. That’s the point. They couldn’t get rid of it because Democrats would not go along with it. You have to get 60 votes to get rid of Section 230.

Leahy: Terry, thanks for your call.

Carmichael: And thank you for your wonderful comment and call in anytime, Terry.

Leahy: You have plenty of fans and Terry’s one of them. We’ll be back with Naomi Wolf. That will be fun. 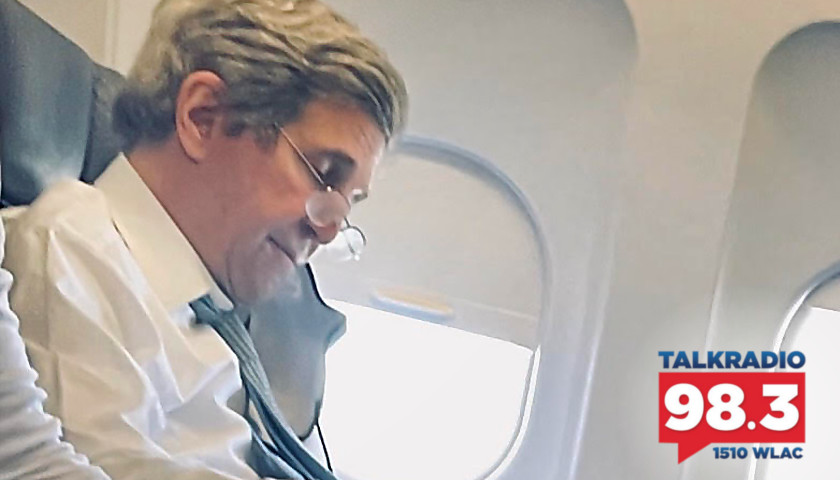