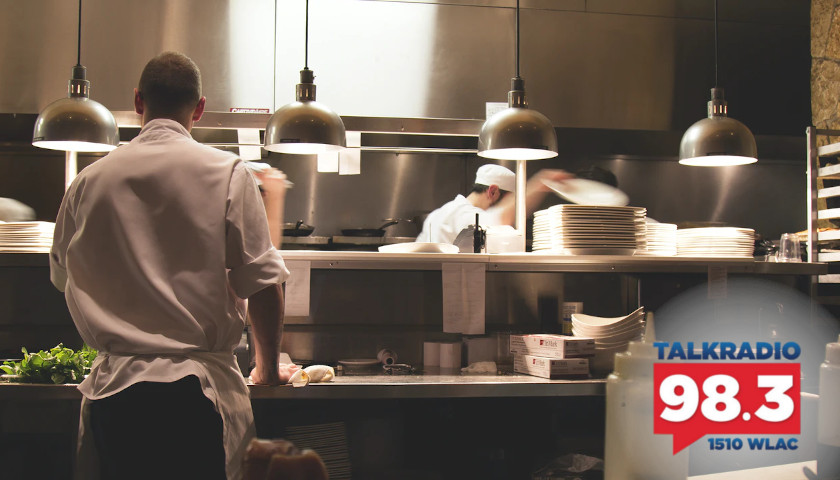 Leahy: We’re talking with the founder and CEO of the Glock Store, Lenny Magill. So we’re following your personal story. There you are. You’ve moved from Harrisburg, Pennsylvania. You had your first job as a cook at Bob’s Big Boy in San Diego, and you’re about to change jobs. Tell us about that.

Magill: Well, I saw, like I said, all the waitresses were making all the money in tips, and I thought, hey, I’d like to be a waiter. I just need to make more money. And I was taking a bus to work one day and there was a sign in this little ice cream shop called Farrell’s Ice Cream that said, we’re hiring. And I went in and I said, I want to be a waiter. And the guy says, oh, wait, we typically don’t hire people as waiters.

Leahy: And you sold him. So you identified his problem and you solved it.

Leahy: And you provided a solution to his problem. You were willing to do it.

Magill: That’s exactly right. And you know what? It was interesting because a lot of the kids, they just want to go out and party. And I said, Hey, I need to make some money. I have to make money. So what happened is I went in and I became a waiter, and it was really a good opportunity for me because I met a lot of people. And it was one of those restaurants where the waiters would sing, Happy Birthday. Remember those?

Magill: It was an ice cream place, but also a regulars place. They had restaurants like burgers and fries. So but it’s really about the ice cream. They had the big ice cream Sundays and all the crazy stuff. And they’d run around and play music. And then we’d sing, Happy Birthday, get all the waiters together. And so people would come in.

Leahy: It was an event.

Magill: And they would come in and I made a big deal out of it. And I was really successful.

Leahy: A little theatrical presentation of the birthday.

Magill: Exactly. So I started to get regulars. People would come in and say, hey, I want him. They’d wait for my table.

Magill: So one year, okay. I did this for, like, two and a half years. And I met a lot of girls at this thing, too. (Leahy laughs) I got a lot of phone numbers and all this fun. But one year this guy shows up and he’d been there several years. He had three or four kids. And he’d always bring his kids in for these parties.

And he says, hey, you know, you’ve got a pretty good voice. He said I work at the radio station. And he said, why don’t you come down and just hang out and see, maybe you can do some intern work. And I said, fine. So I actually went to this radio station, KCBQ in San Diego. And he introduced me to some of the disc jockeys. And they helped me put together a tape. I put together an audition tape.

Leahy: So you did an audition tape to be a singer?

Magill: No, to actually be a disc jockey to be a disc jockey. Dean Goss was the guy. Dean Goss. He was a big hit. In those days KCBQ was a big AM radio station at that time before FM really kicked in. Even before talk radio, it was really just music. And the disc jockeys would be playing actually, Wolfman Jack was actually on that station two years before that. So it’s a big deal, big place. And I was just running around.

And so I made the tape and I sent it out. I actually got some offers from these little towns to be a disc jockey. Like in Walla Walla, Washington, and Belmont, Texas. And I was like oh, I’m not going to move out of San Diego to go there. But meanwhile, I’m still waiting tables, making some money. And I’m kind of playing at the radio station. And then I thought, well, you know what? Maybe I should explore this a little bit more.

And I went to a college class and I took some radio or media classes, that kind of thing. And one day some kid stands up in the class and he says, hey, I work at a radio station and it’s a real small station. It’s broadcast out of Mexico, but we’re looking for someone to come down and help us do some intern stuff. And I said, well, I help out. And no one else did. And it was actually a soul station. They played soul music.

Leahy: Was it in Tijuana?

Magill: It was in Tijuana broadcasting out of Mexico.

Leahy: Right across. It had like an X something?

Magill: Yes it was XHRM. 93 Star five. And so I went there and it was a soul station. And it was very small. And it was owned by a guy who owned a radio or a record store. And he was basically interested in selling records. And this is before the Internet and all the other stuff and before digital.

Leahy: When there were record stores. When Tower was starting to get started.

Leahy: So you are in Tijuana?

Magill: No, we would actually record it on tape.

Leahy: And you recorded it on tape and shipped it and they’d broadcast it.

Magill: It was pretty old school, but at the end of the day, I learned a whole lot about production. I learned a whole lot about the radio business. And then one day, I went to the owner and I said, hey, well, how does anybody make any money around here? Because I wasn’t getting paid. He goes, well, son, you’ll sell advertising. And I thought, well, okay. So here’s what happened.

I swear to God. The first day he gave me this little rate card, he said, go out and sell some ads. So the first day he says, I’ll give you a 30 percent commission, which is a lot, as you know in the radio business. But it’s a small station. So the first day I went out and sold $1,000. I had a contract for $1,000. Came back. He says, where’s the check? And I said, well, I got a contract. He goes, it doesn’t mean anything. You need a check. So I went back and got a check, and he was like, oh, okay. Hey, wow. You’re the real deal. So I made 300 bucks.

Leahy: And what are you thinking?

Magill: When it cleared he gave me 300 bucks.

Leahy: When it cleared.

Leahy: You are thinking, alright. This is great!

Magill: So now listen, one of my top advertisers was Coca-Cola. and I used to go to Coke, and we had no numbers, okay? No arbitrary numbers, nothing to justify a buy.

But the guy liked me. The guy at Coca-Cola was named Steve Horowitz and he was from the East Coast. And he and I got along. He was a sports fan. I played sports in high school, and so we kind of had a good thing going. So he said, one day to me says, hey, I want to meet with you and tell you, I’ve got a job offer for you. I said, well, okay. He was one of my big guys because he would give me the leftover money when he would buy ABC and CBS. But at the end of the month, he’d have the $3,000.

Leahy: A little extra he’d just give it to you.

Magill: And he says, I’m going to go ahead and be the general manager of this new television station and it’s on Cox Cable. It’s Channel Two. He said it’s a brand new thing. We’re selling cable TV. We’re going to make a station, and we’re going to sell ads around it. And I want you to come work for me. And anybody in the radio business wants to sell TV advertising. So I said ok, I’ll come with you. So I quit my radio job.

I actually quit my waiter job a couple of months before that and dove into this TV thing. And what happened after that was pretty interesting because we had this brand new station. And Cox Cable owned it. Now Cox is a huge corporation but they had this little thing they wanted to start in San Diego back in 1981. And so what happened is we were selling ads around, like, Leave It to Beaver and Mr. Ed and all these old TV shows. And then they brought on this new thing. It was called Cable News Network. And they would have this other new thing called ESPN.

Leahy: ESPN. I wonder what that is?

Magill: So I would walk into a car dealer and I’d say, hey, look, I’ve got this new network. It’s all sports all day, 24 hours called Entertainment Sports Programming Network. And I want to sell you some advertising. The guys look at me and go, no one’s gonna watch that. (Laughter) And I’ve got this other station. It’s all news, 24 hours. Cable News Network. He says, no one’s gonna watch that.

Leahy: So it was the hardest sell in the world.

Leahy: That’s how you got in the gun business.

Magill: Yes. So what he owned is an indoor range and I did some commercials for him. And that’s how I got into production, too. So I’ve got a big YouTube presence, as you may know. And I did some commercials for him. And the commercials were super successful. And he and I became buddies. And I did a whole bunch of other work for him. A lot of video work. And I got into the gun business. And all of a sudden, I was the gun video guy. And I did videos for Colt, Smith and Wesson, and all these other people in the gun business. And then I did a TV show for ESPN.