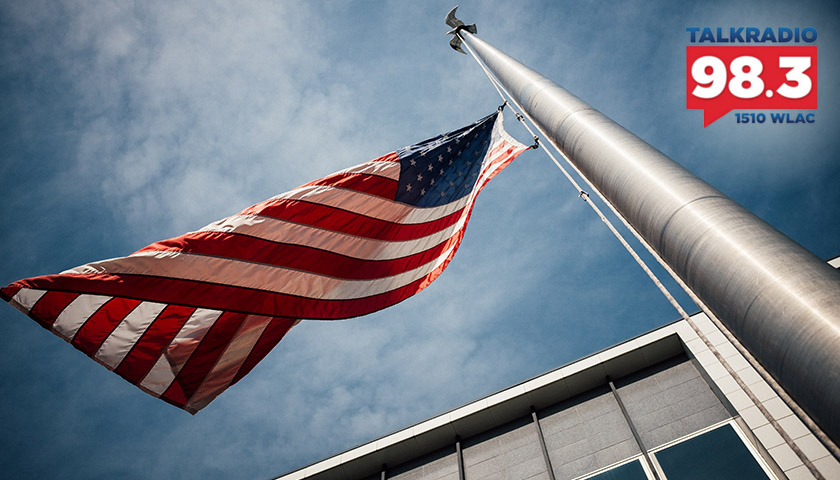 Leahy: And that is Behar County Sheriff Javier Salazar commenting about the border crisis. Andy Ogles Mayor of Maury County, there’s a story sort of related to that at The Tennessee Star. Right now, Governor Bill Lee has joined 25 Republican governors and requesting a meeting with Joe Biden regarding the border crisis.

The letter reads, as chief executives of our states, we request a meeting with you at the White House to bring an end to the national security crisis created by eight months of unenforced borders. Do you think Joe Biden is going to take that meeting Andy?

Ogles: (Sighs) Who knows? But even if he does, what does anyone really expect to come out of it? That proclamation, that announcement is nothing more than a campaign soundbite. It doesn’t have any action attached to it.

What I would love to see is governors across the country refuse services to illegals or migrants settled in states without the state’s permission.

Don’t give them any state Medicaid or dollars or those sorts of things and put it back on the federal government.

Leahy: This is interesting because Governor Lee has signed this letter, along with 25 other Republican governors. Say, pretty, please, Mr. President. Meet with us so we can complain about what you’re doing, which will have zero zip nada effect.

And yet at the same time, he appears to be welcoming with open arms, a wave of unvetted for security or health purposes Afghan refugees. Already over 400 have arrived in Tennessee.

More than 300 apparently have been resettled in Tennessee. Governor Lee has said, well, gee, I’m not so sure I like this, but he’s doing nothing to change it. Your thoughts on that?

Ogles: Well, keep in mind, those numbers are just for Nashville. And we have documented cases in Memphis, Chattanooga, and Knoxville now where Afghan refugees have been resettled there, so one can only guestimate.

There’s not a lot of clarity here that that number could be closer to 1,000, if not more. But again, I appreciate their service for those that actually may have helped us.

Leahy: Well that’s a very, very limited number. The reports are 95,000 Afghan refugees are coming to the United States of America. A very small percentage of them were the interpreters that helped us.

Most of them are unvetted, possible terrorists, and certainly possibly unvaccinated. (Chuckles) And they’re going to be paid with all their social welfare. In the beginning, I think it will be covered by the federal government. But after eight months, it’s all on Tennessee taxpayers.

Ogles: Yes, that’s right. Look, again, I appreciate your service. But for those that helped us in Afghanistan, why didn’t we help resettle them to Kuwait or Jordan, the UAE, or somewhere else like that?

And at the end of the day, you have to be a fool if you don’t understand that Islam and Christianity, just don’t mix. Islam and a free Republic don’t mix.

And so we now have imported hundreds of thousands of people who at the end of the day, the religion hates America.

Leahy: That’s interesting because now we’re about maybe two percent of the American population is Muslim. My view is that there are those of that background who assimilate to America.

But there are quite a few whose general worldview is not consistent with the American concept of a constitutional Republic. They want to have a caliphate.

Ogles: And that goes back to the whole unvetted problem. And that is you have so many of these folks who are truly unvetted. We have no idea who they are.

All they came with is scraps of paper. And so who they claim they are, it may not be who they actually are. There’s no way to know. And we’ve just opened the door. Come on in.

Leahy: We have a law called the Refugee Act of 1980, which set standards for the legal admission of refugees in the United States. It’s a lengthy process, and they have to be reviewed and vetted.

I have yet to figure out why these 950 Afghan refugees are not going through that legal process. Apparently, the Biden administration is bigfooting American governors and bringing them all in. Here’s the story.

Andy, from Eric Lender at The Tennessee Star. We have only one story that says 26 Republican governors sent a letter to Biden. Please meet with us so we can talk about the southern border.

But 18 Republican governors apparently support Biden’s Afghan refugee settlement plan. Last week, the White House declared that at least 360 Afghans will be resettled in the US across 46 different states.

The only states that will not be receiving refugees or Hawaii, South Dakota, West Virginia, Wyoming, and Washington, D.C.

And so it’s incrementally marginalizing our governors in our states. And keep in mind, we are a free Republic. We have the 10th amendment.

And whether it’s COVID or refugees or whatever, these governors have to stand up and start fighting. And playing footsie with a President who does not like us is not getting us anywhere.

Leahy: Yeah, it’s and it seems to be pretty transparently not liking the southern states.

Leahy: Here’s an example. This is a story from Fox 17. Distribution changes in monoclonal antibody treatments may cause shortages in Tennessee hospitals. Did you see this story?

It seems to be a blatant political punishment of his opponents by the Biden maladministration. Here’s the story from Fox 17. The demand for the monoclonal antibody treatment for COVID-19 patients has led the federal government to change the way it allocates its supply. This is a very kind of neutral reporting from Fox 17.

The Department of Health and Human Services announced they are distributing the antibiotic treatment doses based on state and territory, instead of allowing hospitals to directly order the number of treatments they need. And, yeah, a week and a half ago, if you wanted it, they distributed it to you. What’s wrong with this picture?

Ogles: They’ve kind of danced with this idea that they’re going to ration it to the states that don’t have the highest vaccine rates. It’s a dangerous position they’re putting themselves in. They being the federal government.

And so I think they’ve walked that back a little bit. But what you’re seeing, what they’ve done is you have a time of increased demand for the monoclonal antibodies.

The federal government is stockpiling a reserve, which is creating a choke point in the distribution. And so that they’re making states feel the pain through a kind of a stockpiling measure knowing, at the end of the day, you’ll start refusing treatment.

You’re going to have anarchy on your hands when you have someone who is sick. There’s a known treatment and they’re not able to get it.

I did see a different kind of on the idea of COVID that Israel is now beginning to recognize a natural immunity. It’ll be interesting to see if other states, businesses, et cetera reacts with a treatment that’s available.

You have the vaccines that are available. Where does natural immunity fit into this dialogue? And that’s, I guess, yet untold.

And basically, they said, why are you changing the distribution policy, and why are you limiting it to Tennessee? They haven’t gotten an answer yet. I kind of like what Ron DeSantis said.

He said, okay, you want to ration the distribution of this stuff to us? We’re going to go out as a state and buy it from another vendor. I like that idea.

Ogles: Absolutely. And kudos to Ron DeSantis on this whole COVID vaccine virus issue, he has truly been a leader.