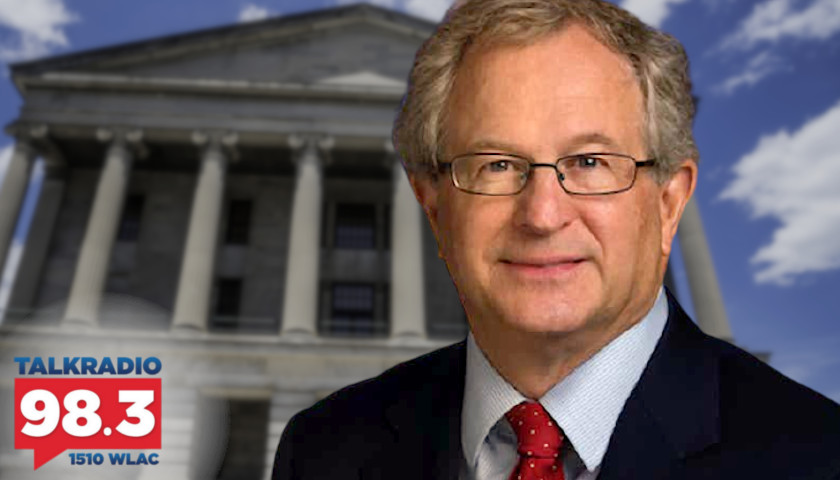 Live from Music Row Tuesday morning on The Tennessee Star Report with Michael Patrick Leahy – broadcast on Nashville’s Talk Radio 98.3 and 1510 WLAC weekdays from 5:00 a.m. to 8:00 a.m. –  host Leahy welcomed Tennessee State Rep. Mark White to the newsmakers line to discuss the implementation of critical race theory in K-12 schools encouraged by grants given to the Tennessee Department of Education by the Biden administration.

White: Good morning, Michael. How are you today?

Leahy: Are you up here in Nashville closing out the session?

White: Yes, we’re up here in Nashville. We probably got about two more three and a half, two and a half more weeks ago it looks like.

Leahy: Well, it’s been a busy session before we get to a summary of the session I want to follow up on a conversation I had earlier today with State Senator Jack Johnson. It’s relevant, of course, because you are the chairman of the House Education Administration Committee and a former teacher. There’s a story that we have at The Tennessee Star and I don’t know if you’ve seen this yet, but let me just read it to you. The proposed Education Department rule would prioritize funding critical race theory grant applications. The Biden administration is wasting no time promoting highly controversial critical race theory, anti-racism concepts into K-12 curriculums nationwide.

They’ve got a proposed rule that would prioritize funding grants to support this kind of curriculum. The proposed rule sites anti-racism Professor Ibram Kendi and The New York Times’s 1619 Project as positive examples of civic education. As the chairman of the Education Administration Committee, when you hear the Biden administration is proposing such grants, what is your reaction?

White: Well, as an opponent of critical race theory I’m a big student of history. One of my majors in college was history. And critical race theory I think this flies in the face of a lot of history. I think it’s divisive in so many things. I’m not supportive. And so we’re looking at ways in Tennessee where we can make this known amongst all 147 districts. And looking at legislation a lot of times is tough when things come down to the federal government, but it’s a concern to Tennesseeans. And we will oppose this at every measure we can.

Leahy: So it’s interesting because we talked about this before the odd spot that state legislatures are being forced into by the 10 percent of K-12 public school funding that comes from the Department of Education nationally at the federal level. They seem to be wanting to force all of these things on state governments. And it seems to me they are usurping the authority of the state legislature in that regard.

White: Well, they are. And, of course, that’s the time we live in right now that we’ve got to deal with a lot of these issues. What we’ve come to in so much in our current society today is that we want to divide, thinking that makes equal and it doesn’t. When you try to redefine history and the hard work that all people of all backgrounds and nationalities have made to make this country great I think that’s divisive. And I heard a story the other day where a second-grader who was exposed to this, and one of our districts came home as the mother am I racist? Doing that to a second grader I just think it’s bad for society, it’s bad for us, school-age children, and especially our younger children.

Leahy: So here’s what’s troubling to me. Representative White, I think that the vast majority of the Tennessee General Assembly does not want this taught in K-12 public schools. Yet, as you just pointed out, I hear anecdotally what you heard that many K-12 and second graders are being exposed to critical race theory right now in public schools. Why is it that public schools are apparently now in Tennessee able to do this? And what kind of legislation is the Tennessee General Assembly contemplating to stop it?

Leahy: As I read this, this is a rule for grants, and they’re asking for public comment. There will be a lot of public comment opposing it. They will pay no attention to it at the Department of Education and they will start exercising or delivering these grants to K-12 public schools. What is to prohibit any public school in Tennessee from applying for one of these critical race theory grants from the Department of Education and taking the money and implementing it in his curriculum?

White: Well, I think that we as a state have control of a lot of money that our districts get also. And so we can also, by the same token, they won’t take federal money for such things. And we can withhold state money. We can play that game both ways. It’s just sad that we’re at a time in our society where we’ve become so divisive and teaching this basically into our K through third K through six, even K through 12 is in my opinion divisive, and it does not help anything.

Leahy: Well, let me just generally suggest that this would be an area, even in the next few weeks of the session, that perhaps the Tennessee General Assembly should consider the very specific prohibition of school districts in Tennessee from taking these critical rate theory grants and using them in the classroom from the Department of Education. I think that would be something worth considering.

White: Absolutely. And to that point, we closed our education committees in the House out last week. But yesterday, the chairs, vice-chairs, and sub-chairs of the committees and education, there are seven of us, we met to talk about what we need to accomplish this summer and fall while we’re out of session before January of 2022 when we go back in. What are the issues? And this is one of the issues we discussed to put together as we have to legislation dealing with these issues.

Leahy: Well, that’s interesting. So what you’re saying is there may be a possibly not this session, but next session for some more comprehensive legislation to address that. Is that correct?

White: Absolutely. When we’re in session, January through first May this year, we have the issues, and we’ve passed everything we can pass constitutionally while we’re in session. Education committees are closed as of now, but we’re still a lot open for business. We’re in a two-year session, and we will put things in place as needed.

Leahy: What would you say have been the big accomplishments of the Tennessee General Assembly this session so far?

White: Some of the biggest things we did were one reason I was able to get our committees closed as of last week is a special session. What we dealt with the main issues facing education because of the disruption we’ve had for a year and in some ways, continue to have a disruption in education due to the virus is making sure that this summer we put in place summer tutoring programs and summer bridge programs to get our children back to the classroom to catch up and make sure they’re ready to go in August 2021 as we start the school year.

We are very focused on making sure that all our schools are back in person. The virtual has gone on long enough. I’ve talked to too many children, and I even talked to a college student a day. The virtual has its place when you have to use it, but it is not a replacement for a child being back in the classroom with a qualified teacher.

Leahy: I think everybody would agree with that State Representative Mark White.