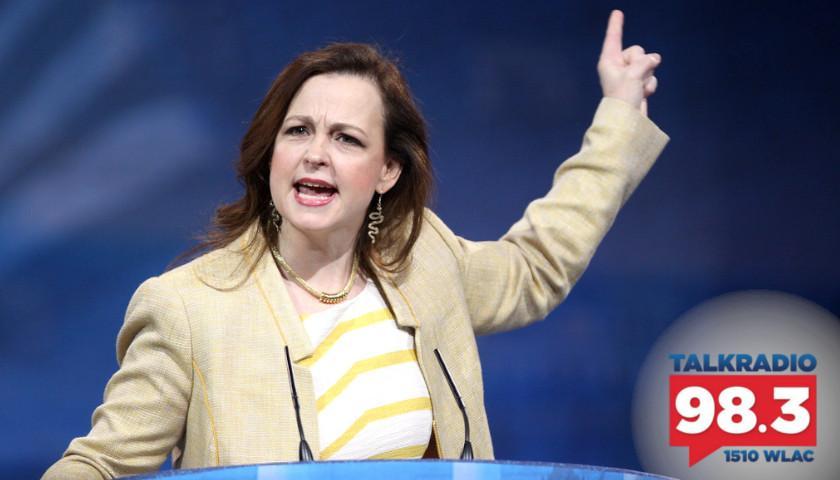 Live from Music Row Friday morning on The Tennessee Star Report with Michael Patrick Leahy – broadcast on Nashville’s Talk Radio 98.3 and 1510 WLAC weekdays from 5:00 a.m. to 8:00 a.m. – host Leahy welcomed to the newsmaker line Jenny Beth Martin, co-founder of the Tea Party Patriots and columnist for The Washington Times, to discuss the rise of inflation, social security, and helping train American citizens to be poll watchers and workers.

Leahy: On a newsmaker line my very good friend since 2009, one of the early organizers of the Tea Party movement way back then, with Mark Meckler and Christina Botteri, Dana Lash, and myself, now the honorary chairman of Tea Party Patriots, Jenny Beth Martin. Good morning, Jenny Beth. How are you today?

Martin: I am great. It’s so good to be with you, Michael.

Leahy: It’s always a pleasure to talk with you. And we have been involved in numerous activities to promote the three core values of the Tea Party movement fiscal responsibility, free market, and constitutionally limited government multiple times.

We keep running into each other at various events around the country. And right now, Jenny Beth, you want to talk about the out-of-control inflation that the Biden maladministration has imposed upon the United States.

Martin: Michael, this inflation is just crushing families. If the increases in price froze today, over the next year, American families would spend, on average, over $8,000 more in the cost of goods than they did in the previous year.

And that’s if the price increases freeze. And there’s no sign that that’s going to happen at all right now. This administration is spending more money, and it has increased taxes, not decreased taxes. It is the exact opposite of what you need to do when you’re trying to get the economy under control.

Leahy: I just saw a report that it’s expected that next year Social Security payments are going to increase by over 8 percent, and Social Security recipients are saying 8 percent? That’s not even enough to keep up with inflation. Your thoughts on that?

Martin: I understand why they need to increase it because the cost of everything that they are doing is also increasing. The problem is that you get into this very concerning spiral where the prices increase, the wages increase, or in this case, Social Security increases.

And then as those increases become more expensive for businesses. So if it’s Social Security or a business, especially a business, they’re going to raise prices even further to make up for the increase in wages. And so then prices go up, and people need higher wages. And we’re in this very bad spiral right now.

The way out of it is to grow the economy. And this administration does not know how to grow an economy. And putting more money into Social Security out there that’s going to cause the same problem because it’s government money. And part of the problem is we’ve got way too much government money flooding the market.

Leahy: It’s more than 13 and a half years since you and I and several others helped organize the launch of the Tea Party movement. How would you say we’re doing, and are you optimistic or pessimistic about the future? What are the next steps to preserve our constitutional republic here in the United States?

Martin: What I have released over the last 13 years, Michael, is that liberty requires eternal vigilance. We all have heard that phrase we heard it growing up. The reason that it has stuck and that it resonates so much with me is because it’s true.

And what I mean by that is that if you want to live free, you’re always going to have to be working hard to hold on to that freedom. And as Ronald Reagan said, it doesn’t pass from one generation to the next in our bloodstream.

So I’m pessimistic at the moment, but I’m optimistic about the future because what I have learned is that Americans want to be free and we always step up to the plate, and in the end, freedom will rain. It may take us a while to get there, but in the end, we will always choose freedom in America.

Martin: There are two really important things that we’re engaged in that people can check us out and get involved. One is, through Tea Party Patriots Action, which is our 501 (c) (4), nonprofit, we are working to help people become poll watchers and in the rare instances where poll workers are still needed, helping with that.

And we’ve got a website set up that is just for helping people sign up to be poll watchers. And then we’re trying to plug them in, get them training, tell them how to get involved so they can become a poll watcher and observe the elections and help us restore some of the faith that we’ve lost in the outcome of our elections.

And the other thing is that our 527 Super PAC has endorsed candidates, and we’re working to send text messages and hand-addressed mail to voters in key areas around the country to help increase the vote.

And we call it, instead of peer-to-peer texting, voter-to-voter texting because it’s real volunteers who are voters reaching out to other voters asking for the vote.

Leahy: It seems to me that having poll watchers that are trained is a very good idea, but I’m seeing some reports in the media and the left that people think that’s a bad idea. I can’t understand that. Can you explain that to me?

Martin: Why are they afraid of having checks and balances on the election and making sure that as citizens we are exercising the guardrails that we’re legally entitled to do to make sure the elections are transparent and honest?

Leahy: Crom Carmichael, our original all-star panelist in studio has a question for you.

Carmichael: Yes. What does a trained poll worker do?

Martin: There’s a difference in a poll worker and a poll watcher. A worker is a person who’s trained by usually the local government, and they’re the ones who check a voter into the voting precinct to make sure that the voter gets marked off the poll pad and gives the voter their ballot or their card to put into the ballot marking device.

After the voter votes, guides the voter to where the ballot box has put the ballot in the box, and then they close down the precinct at the end of the night. That is a worker. In some precincts, it’s called a judge or an inspector of an election, or an election official.

It’s a person working the election, and usually, they are paid people. A watcher is someone who is not allowed to talk in almost all instances and can watch the election.

They usually have to be appointed by a political party or a candidate, and they observe what is happening in the election. If they see a problem, they usually are able to leave the precinct, go outside, pick up the phone and make a phone call to a hotline.