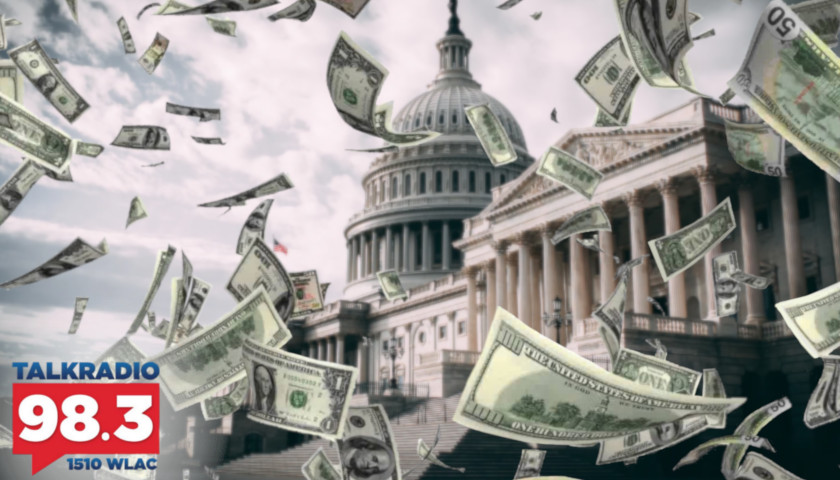 Crom’s Commentary: ‘Democrats Are Trying to Get People Hooked on the Heroin of Government Programs’

Leahy: It is a beautiful fall day. We were talking earlier at 5:45 with Mayor Glenn Jacobs, who’s got a big fall festival going on next Tuesday in Knox County.

Carmichael: We hope it is. (Chuckles)

Leahy: It’ll be better than it’s been recently. It’s time now, ladies and gentlemen, people wait for this every day. It is time now for Crom’s Commentary. Crom, what do you have for us this morning?

Carmichael: Michael, we tried to talk with Neil about the $3.5 trillion deal.

Leahy: Neil McCabe, the best Washington correspondent in the country.

Carmichael: Yes, I think that thing has been deep-sixed. I don’t think there’s a chance that that will pass. But here’s what’s interesting.

Manchin is apparently sticking to his $1.5 trillion, but he’s also saying which entitlement programs will not be included. And it’s virtually all of them.

He’s willing to spend money on some very specific things. But none of it is these long-term entitlements that the Democrats are using trickery to get the amount down. Here’s how the trickery works.

So that would be a trillion dollars. That’s a lot of money. You’re supposed to be able to fund that. The Democrats have a bunch of those types of things in their package. And the total of all of those things if you went the full 10 years is actually closer to $6 trillion.

So the Democrats have already said, well, we’re only going to run those programs for five years. And then what’s going to happen? Well, then they’ll go away. Everybody knows they won’t go away.

And so what the Democrats are doing is they’re trying to get people hooked on the heroin of government programs. And then at the end of five years, then they’ll have to renew them. Well, Manchin will not have any part of that on the other side of the Senate.

Or when I say the other side, I don’t mean really the other side, but Kyrsten Sinema has said that she will not support increases in marginal tax rates on personal income, corporate income, or capital gains. Well, enter Ron Wyden.

Now, this is an interesting article. Ron Wyden is now calling for a capital gains tax on unearned capital gains for people over a certain wealth. Now let me say this. As you and I have discussed, the multi-billionaire class is heavily Democrat.

This tax right here hits the multi-billionaires right where they live. And he has a special tax on the first one because his argument is that people like Zuckerberg and Bezos have been building these unrealized capital gains for many years.

So there will be a special one-time tax on those guys. And to me, this is going to show that the Democrats and especially Bernie Sanders don’t really really want to tax the billionaires as he likes to say.

What he really wants to do is he wants to tax the people making a million dollars. I think that what’s going on in Washington right now is a Kabuki dance that may end up in a colossal mess come December.