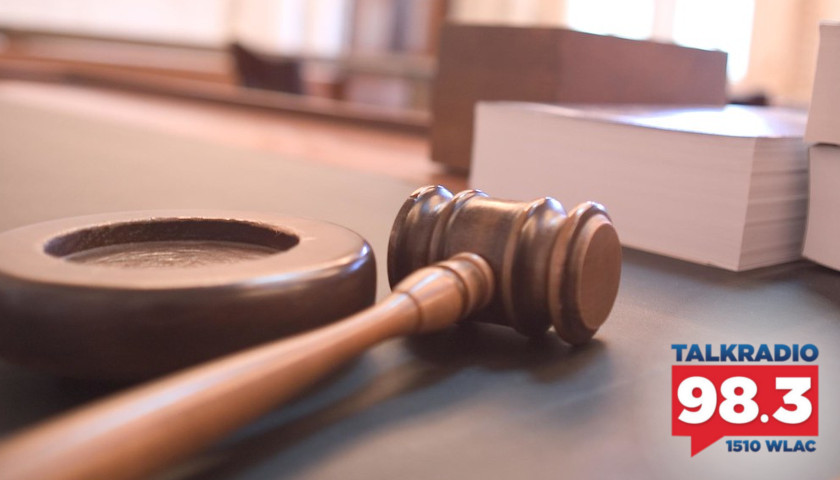 Live from Music Row Tuesday morning on The Tennessee Star Report with Michael Patrick Leahy – broadcast on Nashville’s Talk Radio 98.3 and 1510 WLAC weekdays from 5:00 a.m. to 8:00 a.m. –  host Leahy welcomed Tennessee State Senator Mike Bell in studio to outline more details of his bill that would allow for statewide elections of judges to a chancery court in West, Middle, and East Tennessee.

Leahy: Our guest in studio, State Senator Mike Bell, Chairman of the Judiciary Committee from McMinn County. Mike, I wanted to see the status of this really smart bill that you’ve introduced that would basically have any lawsuit brought against the state tried in three separate Chancery courts. The judges to be elected statewide, one representing East Tennessee, one representing Middle Tennessee, the other representing West Tennessee. The three grand divisions and the three stars that we see.

Bell: That’s right. And the status of it right now, it’s moved out of Judiciary in both the House and the Senate, and it’s in finance.

Leahy: It’s in both bodies in both Chambers.

Leahy: Let me just stop for a moment. I think I’ve learned something here. I did not know that we had more than one Supreme Court building.

Bell: We do. We’ve got one in each grand division. (Chuckles)

Leahy: I did not know that because I’ve been to the Supreme Court here in Nashville. But when I did that, I did not realize that there were other Supreme Court facilities in the state. How long have we been doing that?

Bell: I can’t answer that question.

Leahy: Almost from the beginning, I guess.

Bell: Well, it’s been a long time. We also have two different appellate courts. We’ve got the court of appeals, and we’ve got the criminal court of appeals, in which there are 12 judges from on each one of those courts of appeals and four from each grand division. And so they also hear cases in these other Supreme Court buildings.

Leahy: So the Tennessee Supreme Court will hear some cases in Nashville, but some in Knoxville.

Leahy: And some in Jackson. That makes a lot of sense. I tracked this, by the way, Nashville has not always been the capital of the state.

Leahy: The first capital is Knoxville in the 1790s? Then I think in 1817 it moved to Murfreesboro for a while. And then back what in the 1830s is when it moved to Nashville?

Leahy: Well, we’re going to have to check that out. Harriman, interesting.

Leahy: So it’s likely then we’ve got a couple of weeks left in this session.

Leahy: Most committees, except for government operations and finance, have been closed because they’ve done their business.

Leahy: What’s the likelihood that your bills will make it out of a finance committee?

Bell: I think right now it’s pretty good. I’m going to say 75, 25, but it’s literally us coming up with the money. But because, as I mentioned, the Lieutenant Governor is very interested in this bill as well and a supporter of this bill, I think we’ve got a good chance of getting it funded. It needs to be done. Rationally why are these cases against the state being heard by left-wing, liberal judges when the state is overwhelmingly conservative?

Leahy: Yeah. It’s just a bit of legislative or judicial anachronism. If you want to call it that.

Bell: It is. As you mentioned, this started back when the state was pretty equal across the state in its political makeup. It’s not that way at all.

Leahy: At all. So if it makes it out of finance in both Chambers, then it would seem to me that the odds of it passing in both the House and the Senate are pretty good.

Bell: I would think they’re pretty good. And to quickly kind of tell you where we’re at. We’re looking at passing a budget, probably Thursday on the Senate floor.

Leahy: I’ll get back to the budget. If it passes in both Houses, have we heard from Governor Lee as to whether or not he would sign it?

Bell: I believe he would. In fact, I don’t know if the governor has vetoed a bill. It’s rare for a governor to veto a bill because in Tennessee, the bar to overturn the governor’s veto a majority vote is not a two-thirds vote like it is at the federal level.

Bell: Most States and the federal government is two-thirds but Tennessee has in their Constitution that it’s a simple majority. And I don’t think he would. I’ve not heard from him publicly but I can’t imagine he would veto a bill like that.

Leahy: Well, that’s good news to hear, I think, from a rule of law perspective.

Leahy: Now, let’s talk about the budget for the state of Tennessee.

Bell: The only thing we are constitutionally required to do is going to be on the floor on Thursday. We should get it passed. And then we’ll come back next week and spend two or three days cleaning up. And that’s passing bills that are in place that are a procedural place called behind the budget. Bills that may have a small physical cost that we’ve got money to fund those. And we’ll take two or three days to pass those. And when we should be out of here for the year by hopefully Wednesday of next week.

Leahy: By Wednesday or Thursday, perhaps because Thursday typically your session will typically start Monday evening?

Leahy: So we only have, like, two more weeks to have state legislators in studio here.

Bell: Then we can be back at home where we should be. (Chuckles)

Leahy: You could be back building your house and pressure washing.

Bell: That’s right. And hunting when I can. I’ve killed one turkey this year for turkey season. But turkey season still got a couple of weeks left, and I hope to spend a little more time in the woods, too.

Leahy: So you’ve been a Hunter, as you say for some time?

Bell: Since I was a kid, I hunt and fish, and I’ve killed black bears, killed wild hogs. Been to Colorado elk hunting and hunt everything from rabbits to squirrels to ducks back here.

Leahy: Now, after this program, where do you go today? What’s your day look like?

Bell: I’ve got my first meeting, I think, at 7:45, which is our bill review prior to and then we go on the floor this morning at 8:30. I’ve got four bills on the floor this morning. One of them probably would be of interest to the people here in Nashville. It requires any member of a community oversight board to have to go through a Police Academy.

Leahy: Oh! We’re going to follow that one. Because, as you know, in Nashville, there was a member of the community oversight board who was a convicted felon. We discovered that they didn’t volunteer that information. He’s no longer a member of the board.

Bell: Well, this bill was carried by Representative Cass in the House, and I’m carrying it in the Senate.