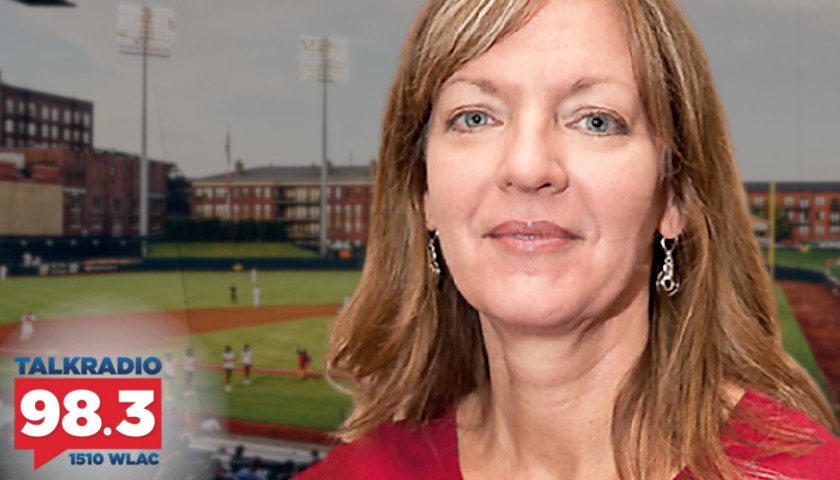 Leahy: Joining us on the newsmaker line our lead reporter on Capitol Hill for The Tennessee Star Laura Baigert. Good morning, Laura.

Baigert: Good morning, Michael. How are you?

Leahy: I’m great. As always you’re breaking news left and right. You had this very interesting article the other day that talked about five sponsors of a bill enabling Randy Boyd’s taxpayer-funded baseball stadium in Knoxville. They received more than 90,000 campaign funds from individuals with ties to the project. What on earth is going on here Laura?

Baigert: That’s a good question. And you know for the folks who think that only swamp lies in Washington, I think that they could see that it’s going on here too. I mean one of the first things we always ask is or say is to follow the money. And it’s hard to just ignore how much money came from the same individuals repeatedly to the same people. It can’t be a coincidence that the same group is giving to all of these people who just end up as sponsors on the bill.

Leahy: So let me lay this framework out here and it’s in your story. I’ll read it and then kind of get your reaction to it. So, Randy Boyd is the owner of the Tennessee Smokies minor league baseball team was currently playing at Smokies Park in Sevier County. You can see it I think as you’re driving up to Sevierville on Highway 40. The team previously known as The Knocks was owned by the Haslam family until 2013. I think it’s a Class A minor league baseball team.

They’ve moved from Knoxville in 2000. Randy Boyd’s contract with Smokies Park expires at the end of 2024. Boyd is currently the executive chairman of Radio Systems Corporation, the company founded that includes Pet Safe and Invisible Friends Brands. And he sold the company in 2020. It has annual sales of well over $300 million. You made a boatload on that and congratulations to him for that. He served as commissioner of Economic and Community Development and ran for governor in 2018 and lost. A very brutal and negative campaign.

Baigert: That he spent $19 million on.

Leahy: He spent a lot of money on it and lost but it was you know, the famous Randy Boyd attack. It’s Diane Black attacks Randy Boyd and Bill Lee slips in and wins the governorship. Boyd is currently the president of the University of Tennessee. Now they own property in Knoxville. What does this bill do and how does Randy Boyd benefit from this bill?

Baigert: Well, the first step of this activity of moving the team over to Knoxville out of Sevier County was to form a sports authority. And that had to be approved by both Knox County and the City of Knoxville. That passed by both legislative bodies in late December 2020. So the next step now is how do we fund it.

And this is a mixed-use development with residential apartments and probably restaurants and things like that and to emulate what happens in Chicago near Wrigley Field. So you have these rooftop viewing areas if you will and can visualize it. It’s a very nice development. There’s no doubt about that. But it’s mixed-use.

Randy Boyd is going to get the funding for the $142 million estimated to build the residential commercial property. But then the 65 million, that’s just the entry fee plus a contingency plus all the interest that’s going to be paid. You are probably talking $100 million by the time it’s all said and done. And it would be the taxpayer paying for the stadium and his team.

Leahy: Let me see if I understand the mechanism. So this bill would then give all of the state sales tax and local sales tax within a quarter-mile of the proposed stadium. All of those revenues would then go back to fund the stadium. Is that how it works?

Baigert: That’s correct. Thanks for connecting those dots. So right now there’s no sales tax revenue there.

Baigert: Right. Nothing’s going on here. But what happens when the sales tax does not meet the requirements? There are $4 million a year in interest estimated in bond payments if this were to go through. And in fact, these estimates are only that these sales taxes will only accommodate a payback of 30 percent of that four million dollars. Where’s the rest of the money going to come from?

Leahy: Well, the other issue that I have with the sports story authorities and I just don’t think it’s on principle even if there would be an increase in sales tax because of the development, I don’t think on principle taking state funds and giving it to private entities for whatever purpose is a good policy no matter whether it’s coming from sales tax increases or what. I don’t think that’s just good public policy. It looks to me like insider dealing. that’s my view. What are your thoughts on that?

Baigert: Oh, agreed. Insider dealing one. If it were so profitable how come Randy Boyd can raise 142 million dollars for the mixed-use part, but not for the stadium?

Leahy: We need to get them in here and talk about that.

Baigert: That would be great. The other thing is where in the constitution does it say that we should be funding things like this in the first place? We’ve seen in Nashville what a disaster it’s been when you get a sports authority that there they are set up as a private entity. You can’t look at their books. They do whatever they want with the money.

If you remember when we had the NFL draft in Nashville, there was so much money spent on extra police. And the sports authority can decide whether they want to or not pay for the police. And yet they reap all the profits but they don’t have to have the expenses. They never set up these sports authorities to carry their own weight.

Baigert: Zero accountability. It’s like another story that you’ve been covering in The Tennessee Star with the oversight board where these unelected people have no responsibility and no accountability to the people.

Leahy: So my question on this is and this is what we want to ask Randy Boyd. It’s a little bit of conflict of interest here in the sense that he’s the president of the University of Tennessee and he’s going to benefit from taxpayer money. Now granted it increases sales taxes around the proposed stadium, but he’s going to benefit fit from it. And I just think that’s fundamentally morally wrong. That’s my view on it.

Baigert: And this isn’t the first time. Two years ago we had a bill sponsored by then State Rep. Eddie Smith that would have put money to set up a transit improvement district so that passenger trains could come from the Alcoa-Maryville area up to this old city area right where all of Randy Boyd’s property is for people to come into the UT game supposedly.

Leahy: Yeah exactly. So here’s what is interesting to me. I really want to talk to Randy Boyd about this. And then my question to him is why don’t you just fund this privately. Why do the taxpayers have to fund it? I think that’s a legitimate question. Don’t you?

Baigert: Yes. Absolutely legitimate question. It also raises a question like every time we venture into another one of these it backpedals into something else. So over there in Knoxville, they want a soccer team to be able to play in that and they’re all excited about it. We want to have a Knoxville soccer team and somebody already is looking at expansion and all of that. And those are some of the people who contributed to the five legislators sponsoring the bill. Yet in Nashville, we have to have a separate stadium.

Leahy: It’s crazy. Laura Baigert, will you keep us updated on what happens with this bill? I hope it doesn’t make it out of committee but we’ll see.

Baigert: And the way it’s scheduled for committee is very very interesting there too because it’s going directly in the House to a finance subcommittee. Why it’s not being considered in the local government and state government or something along those lines is very interesting.

Leahy: Well, I’m on the record Laura saying, this is a bad bill, and we shouldn’t pass it. But we’ll see. Get some of the folks that are sponsoring it on here to talk about it Laura Baigert. Thanks so much for joining us today. Keep up the great investigative work.

Baigert: Have a great day.