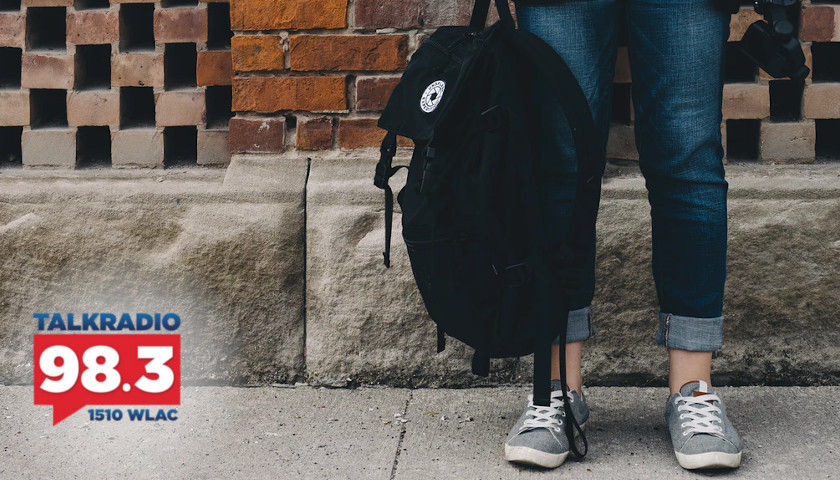 Live from Music Row Tuesday morning on The Tennessee Star Report with Michael Patrick Leahy – broadcast on Nashville’s Talk Radio 98.3 and 1510 WLAC weekdays from 5:00 a.m. to 8:00 a.m. –  guest host Ben Cunningham welcomed Maury County Mayor Andy Ogles and Grant Henry of Americans for Prosperity in the studio to discuss the increasing indoctrination of young children, the desperation of generations to have a purpose, and the waking of the silent majority.

Cunnigham: It’s great to rant and rave in front of the big Michael Patrick Leahy microphone for a day. And I appreciate Michael letting me come in and sit in for him. He’s out expanding his huge media empire, going to state after state. I’m telling you, the guy is just unstoppable.

And thank goodness, because the media has been taken over by the liberals, just like most of our other institutes. And we’ve got to fight back. Andy Ogles, Maury County mayor, is with us in-studio this morning, and Grant Henry with Americans of Prosperity, also sitting in.

A triumvirate of hosts this morning to fill in the big shoes of Michael Patrick Leahy. All right, guys, I got a culture update for you this morning. It turns out that in the Baby Muppets TV series, and frankly, I don’t even know where the Baby Muppets are shown. But this last episode, apparently, Baby Gonzo decides he wants to go to a ball, a dance, a royal ball as a Princess and as a female.

And so the transgendered agenda is being pushed even to our children. This show is aimed at kids four to seven years old. And this is from a Fox News article. It says a fairy rat father grants Gonzo his wish to become a princess. And later in the show, the piggy character tells Gonzo we met the most amazing princess.

And this gushing kind of affirmation of transgender to our kids. If there’s any tendency of some poor kid out there to be confused, who has gone through some kind of emotional wounds, this will give them an avenue to go into the transgender role just as easily.

And we see this so much with young kids these days. You guys have probably seen this Libs of TikTok. There’s a Twitter account called Libs of TikTok, and the guy goes on TikTok and takes the most outrageous videos on TikTok.

And it is just amazing how far into this delusional world the young kids have gotten. And the left is pushing this transgender and basically saying to anybody who comes out against it and who doubts it that you are a bigot. You’re a hater. And that really is where we’re going.

Ogles: Well, I’ll come out against it. It’s a bunch of crap. I’ve got a six-year-old son.

And so they’re gonna ask questions like, you might have a boy say, hey Dad, can I have my nails painted? And the answer is no, because that’s what girls do, right? Or a girl may want to do something that is overtly masculine. And there’s nothing wrong with boys being boys and girls being girls.

And we’ve got to stop pandering to these lunatics on the left. There was a time and day that a kid could turn on Saturday morning cartoons and the parents didn’t have to be worried about what’s going to be forced down your children’s throat.

And now you’ve got a screen, everything, even the content for your four or four, five, six-year-old child. And I’m offended by that. And it’s time that we take this country back, which is why we’re doing this freedom tour. We are a conservative state and it’s time we start acting like it.

Henry: So speaking purely as myself here, not on behalf of AFP or any other organization, just Grant Henry. You said it before, Ben. This is a program that’s targeted primarily towards the ages of three to eight. Pregnant pause for effect.

I think that’s kind of the answer. Can kids just not be kids today? Is there not an availability anywhere in the nation anymore to just allow the innocence of a child to remain? And part of it speaks to me in this, Ben. I’m reading through Viktor Frankl’s book Man’s Search for Meaning right now.

Henry: Here’s a quote: Man searches for meaning is the primary motivation of his life and not a secondary rationalization of instinctual drives. This meaning is unique and specific, and that it must and can be fulfilled by him alone. Only then does it achieve a significance, which will satisfy his own will to meaning.

That to me, screams that humanity itself is yearning for purpose. Meaning. There is motivation behind that like there is nothing else in our lives. A little bit of what this is right now is this desperate search to find meaning in something.

And I’m telling you, all right, now it is incumbent upon conservatives and primarily Christians, to start presenting a better alternative to some of the stuff that we’re seeing out there.

Cunningham: Absolutely. And we’ve seen this in other totalitarian states. The children are the first thing they go after. And it happened in the Soviet Union. It certainly happened in China. It happened in Cambodia, with Pol Pot.

In Cuba. The first thing they will do is to change the education system and the culture so that these kids are targeted with big government and authoritarian orthodoxy.

And that’s exactly what this is part of. And they’re basically saying to us, if you disagree with this, you’re a bigot and you not only will be silenced, you should be silenced. That’s the scary part. This is a quote from Victor Davis Hanson, who I love, and his analysis. He was writing an article about this process, and he says now, with the money and institutions in its hip pocket and cool popular culture on its side, the left would not just damn American institutions but infect them.

Alter their DNA and reengineer them into revolutionary agencies. And that is precisely what has happened. They’ve infected them with their far-left DNA and they’ve re-engineered them. Another guy that I love, Leonidas Johnson, who is one of the great black conservatives on Twitter.

Henry: I do find hope, though, in some of these statistics that I look at with Generation Z, which I believe is the most recent generation, is the most conservative portions of it. Portions of Generation Z are the most conservative generation to have existed in American history. At least in the last 800 to 150 years. Now someone’s going to have to fact-check me in that. But the point I’m making here, Ben, is that I think that pendulum swings in both directions.

As widely as it swings left, it’s swinging that far to the right as well. There will be a point where it settles back down. We’re in this time of over 10 windows shift this time where what settles back down to a state of normalcy and what we accept as commonly accepted principles. That’s the real fight. That’s what’s so fun about being alive right now. Now is the time to actually have principles, stand on principles, and make your virtue known.

Ogles: That’s right. If you don’t like it, move along as people get upset about some of my posts on social media. And it’s like, then why are you reading it? But to your point, Grant, it’s like again, anecdotally – Kingsport 400 people. Tellico Village, which is just outside of Knoxville, 400 people showed up.

Tonight I’m expecting, say, 500 people. And it’s this undercurrent of frustration. And people want their voices heard. This ‘silent majority.’ And I looked at this story on Breitbart we’re just talking about. The Internet Celebrates the Collapse of a Left Woke Olympic Icon. So you have people who love America. I love the Olympics.

Ogles: You anticipate watching these. We’ve got three children, and you’re going to watch these things with your kids, and you’re going to pass along these traditions. And there’s more leftism and transgender in it. The dude weightlifter pretending to be a woman who competes in the weight lifting, and then he totally chokes. But I’m glad. Because that’s not what the Olympics is about.