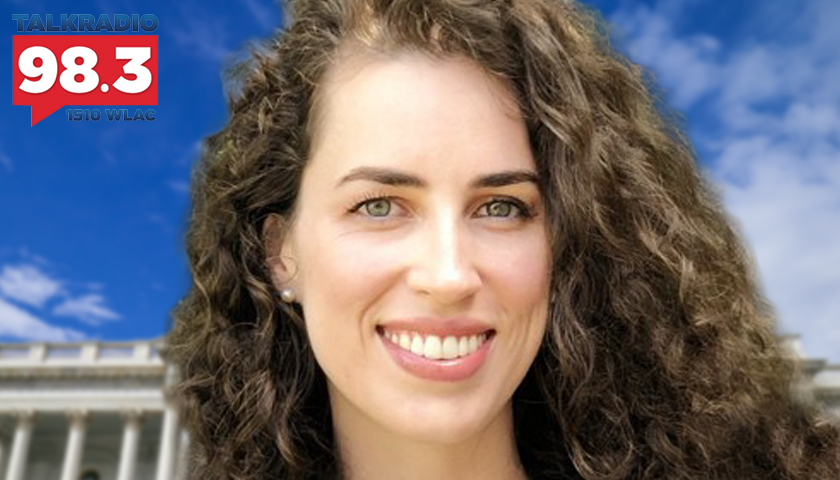 Leahy: We are joined on our Newsmaker Line by Attorney O’Leary with the Southeastern Legal Foundation. Good morning, Cece.

O’Leary: Good morning. Thanks for having me.

Leahy: We’re delighted to have you on here. So you have an update for us about this USDA lawsuit. Tell us about this.

O’Leary: Yeah, absolutely. So under the leadership of President Biden, the federal government has essentially been hiding behind COVID relief to discriminate against individuals on the basis of race.

And they’re doing this in all sorts of ways. In this particular instance, under the American Rescue Plan Act, the government has been forgiving the loans of non-White farmers.

But it’s denying that same loan forgiveness to White farmers, and this is discriminatory. It’s unconstitutional. And so along with Mountain States Legal Foundation, we filed a lawsuit on behalf of a farmer here in Tennessee to put a stop to this.

Leahy: Now, help me with this. Is this a recently past statute that is involved in this? Is this the American Plan Act? ARPA?

O’Leary: That’s exactly right. It’s even bigger than a statute honestly. This is part of a concerted effort by the government since pretty much the day that President Biden took office.

Back in January, Biden issued a directive, an executive order all about equity, where he wanted the government to push for more equity.

As a result of that, in March, the government passed the American Rescue Plan Act, which is meant to be a COVID relief bill. But under the Act, the government is really just hiding behind COVID to push this equity agenda.

They are treating individuals differently. They are granting COVID relief and loan forgiveness to minority farmers, but they are not granting that same relief to White farmers.

And we are seeing this in a variety of areas across the spectrum coming from the Biden administration.

Leahy: Cece, if you could elaborate a little bit, there’s a statute, which is the American Rescue Plan Act. When did that pass? In March or so this year?

O’Leary: Yes. That was in March.

Leahy: It passed in March. So there’s a statute, and then there’s a regulation, apparently. I don’t know if it’s a temporary regulation or permanent regulation implemented by the U.S. Department of Agriculture about how to implement this law.

Does the language of the statute — is that racially discriminatory against non-Whites?

O’Leary: Yes. So specifically, what we are suing on is Section 1005 of the statute. This statute essentially gives funding to what they call ‘socially disadvantaged farmers and ranchers.’

Now, with legislation, often a definition for something is not easy to locate. You have to jump through a couple of hoops to find the definition.

As you go back through the legislation, eventually, what you learn is that when they say socially disadvantaged, they mean Black, Hispanic, Asian-Pacific Hawaiian, and all these minority races that are not White. But what it comes down to is the color of your skin, your race.

So, to answer your question, yes. This is both in the legislation and the regulation that the federal agency is promulgating, and it ultimately comes down to the color of one’s skin.

Leahy: So the statute itself is unconstitutional.

Leahy: I’m looking at how it passed. It passed the Senate 50 to 49 and it passed the House to 220 to 211. It looks like it was entirely partisan here.

Leahy: Was it like a thousand pages passed in one day with some staffers throwing this language in?

O’Leary: You probably have a better idea of how long it was than I do, (Leahy chuckles) but I wouldn’t be surprised if it was that long.

Leahy: And this is how they do it.

O’Leary: The government kind of has two theories going, two reasons going for this statute. Number one, they’re saying that COVID has impacted minorities more than any other group. And number two, with relation to this particular section about farmers, they are saying that there is a history of discrimination within the U.S Department of Agriculture.

We do not deny that there is a sordid history of discrimination in the agricultural field. For years, minority farmers were denied loans, or rates were jacked up against minority farmers.

This is absolutely true that there has been a history of discrimination. However, the government has not offered any evidence of discrimination against farmers within at least the past 20 years.

So it seems that discrimination has essentially been rooted out within the USDA, and it kind of hints that Congress is really hiding behind COVID to push this equity agenda.

The second issue with their reasoning is that COVID does not discriminate by race. The pandemic affects people of all colors. And when you are passing a law where you are going to have race be a factor, race has to be an absolute last resort.

You cannot rely on race to root out discrimination unless it is the absolute narrowest means to achieve your goal. As I mentioned here, if you are a White farmer who has been directly impacted by COVID, the government doesn’t care.

You won’t get the COVID relief that you might be entitled to. Similarly, if you are a non-White farmer, you might not have suffered a day because of COVID.

You might have been able to operate your farm completely normally without any economic harm. Again, the government doesn’t care. Because you are not White, you are still entitled to loan relief.

This really comes down to the color of one’s skin and it is well-settled law that the government cannot just pick and choose which race to award relief to or to grant certain benefits to.

We need to return to this principle of equality, right? Where all races are equal, where we don’t see the color of one’s skin, instead of what the government is trying to promote, which is equity.

Leahy: I’m going to play Devil’s advocate here, right? Doesn’t the federal government advocate have a duty to correct the injustices from about two centuries of slavery that ended in 1865 and about a century of discrimination that ended, depending on when you look at it, in 1970 probably with the federal statutes?

If you’re saying there was some potential discrimination against non-Whites in the administration of the Department of Agriculture programs ending, as you say in 1990, doesn’t the government have a duty to address those past sins?

O’Leary: The government has a duty to protect the Constitution, first and foremost. And it is a long-standing principle in our nation that equality is enshrined in our founding.

It’s enshrined in our Constitution. It is what we have fought and died for. And equality is treating individuals the same regardless of the color of their skin.

O’Leary: That’s a great question. We are hoping that the case doesn’t need to go to the Supreme Court. It would be great if the government would stop discriminating on the basis of race, but we’ll see if the government will actually stop.

If it does get to the Supreme Court, we are ready to fight. It’s disappointing that our elected government officials do not value equality as they should.

But the good news is that our framers had such foresight when they were drafting our Constitution that they put checks and balances and separation of powers into play, and so we will continue to put these matters before the courts.

Leahy: Cece O’Leary with the Southeastern Legal Foundation, thanks for joining us. Come back, if you would, please.

O’Leary: Thank you. I appreciate it.