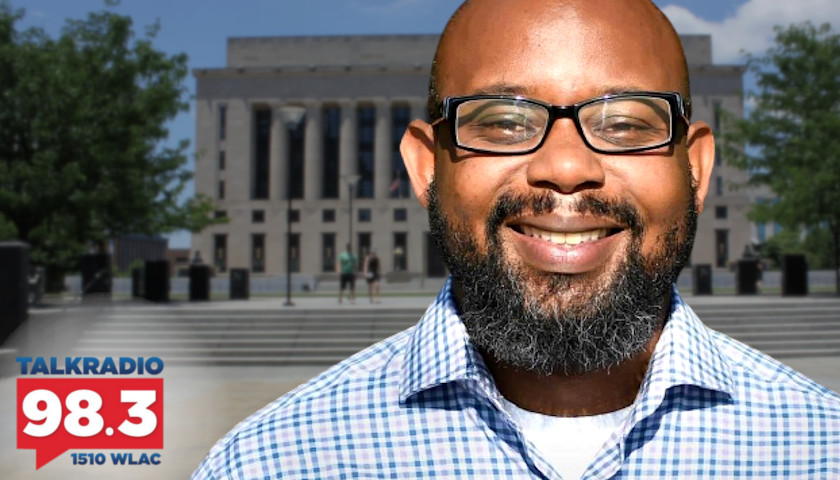 Live from Music Row Wednesday morning on The Tennessee Star Report with Michael Patrick Leahy – broadcast on Nashville’s Talk Radio 98.3 and 1510 WLAC weekdays from 5:00 a.m. to 8:00 a.m. –  host Leahy welcomed Star News Network’s own investigative reporter Corinne Murdock to the studio to discuss her investigation into the criminal history of Ovid Timothy Hughes and his abrupt and unclear resignation from the Nashville COB.

Leahy: In the studio with us are great investigative reporter Corrine Murdock, just you know breaking stories left and right by doing, you know, basic journalism. Something is really not being done so much these days anymore.

(Leahy and Murdock talk about her background)

Leahy: You are an investigative machine. You’ve developed this skill set to find out the truth. This is what I like about you. You seek the truth. What is the truth and how do we find it. I gotta tell you really impressed me with this story that you discovered about the convicted felon Ovid Timothy Hughes who told the Metro Council that he was a registered voter back in February of 2020. Tell us why this story caught your attention that broke about a week ago that Ovid Timothy Hughes who’s one of the 11 members of the Committee Oversight Board that supposedly is there to look at police misconduct, but as a much broader charge that they’ve developed. He resigned mysteriously.

Leahy: So that’s just kind of a story. What prompted your curiosity about that story?

Murdock: Well, I’d known previous members and I’d seen previous members resign due to stress or due to some internal dramas. That initially was what I was interested about is why to resign and why now less than a year later form being appointed. Especially when you’re a big activist in the community and you have a vested interest in wanting to make the community better through this board. And I happened to put in his full name or a version of his name and something popped up.

Leahy: This is interesting right? Because we didn’t give you this assignment. You were just following your interests and following your curiosity. And this is what we do, right? We look at things that don’t make sense. Why did that happen? Why would this guy Ovid Timothy Hughes who was nominated by the Tennessee chapter of the NAACP? Very engaged in the Equity Alliance and some other groups like Black Votes Matter. A very articulate guy. Why would he serve on the board or try to get on it serve on it for a year and then suddenly resign with no explanation?

Murdock: And his resignation letter doesn’t indicate that either which that’s a further question to be answered. Did someone else know what was going on inside the board or inside the government and ask him quietly to leave. or does he have another reason, but  I mean he didn’t ever respond to us, of course, but we’re hoping he does.

Leahy: So this is what I like about what you do Corinne. So here we are. We have a mystery. We do find out some facts about it after Ovid Timothy Hughes resigned from the Community Oversight Board which was established by this referendum and passed in November 2018. And then they have this whole lengthy process to get members on.

And you have to be approved by the subcommittee of the Metro Council chaired then by Dave Rosenberg who’s a city councilman from Bellevue and a far-left apparatchik. My words, not yours. You have to get briefed. They have to approve you and recommend you and then the full council votes on them.

One person, a good friend of our program, very qualified, they would not even consider her. They rejected her. Carol Swain. Carol Swain would be fabulous. She has a Ph.D. She’s been a professor at Princeton. They rejected her. And apparently, they don’t even vet their members. And so tell us what you found about Ovid Timothy Hughes when did your search and what do we know about him initially?

Murdock: I found this whole blog post about how he had been charged with mail fraud.

Murdock: Yes and it appeared that he actually responded in a comment in defense of himself.

Leahy: Someone claiming to be Ovid Timothy Hughes responded defending himself.

Murdock: Right. He gave details about how his employer had treated him and other employees. And I looked further and followed into what the judges had said. And then I ended up finding the actual judgment.

Leahy: There was not a press release from the Metro City Council saying this guy has a criminal record, right?

Leahy: No, it was a hidden fact out there.

Leahy: You discovered it.

Murdock: I don’t know if he had disclosed that to the council at all. Actually, he never mentioned it. But he did say that his grandfather’s, both of them and his father were police officers themselves so…

Leahy: And we haven’t found any evidence to corroborate that have we?

Leahy: We’ll have more about how you found out the truth about this convicted felon Ovid Timothy Hughes who told the Metro Council he was a registered voter a year ago. And that’s a requirement by law to serve on the city council.