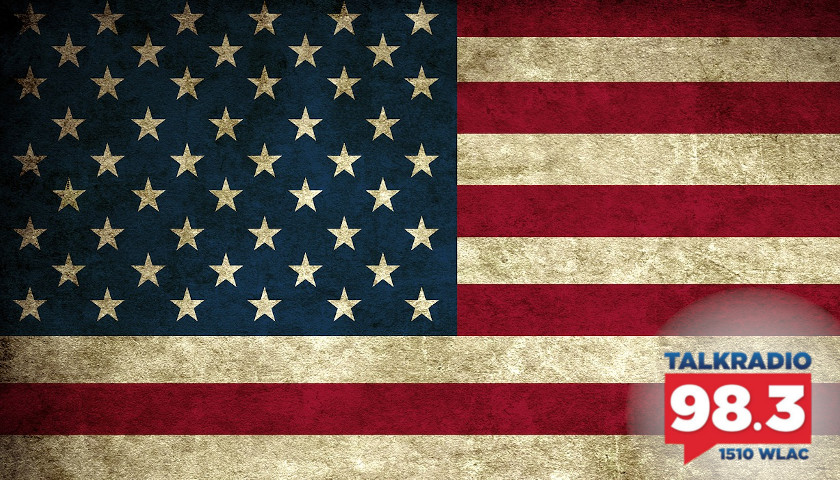 2nd Vote Advisers Dan Grant: ‘Companies Should Be Inspired by the First Amendment’

Live from Music Row Tuesday morning on The Tennessee Star Report with Michael Patrick Leahy – broadcast on Nashville’s Talk Radio 98.3 and 1510 WLAC weekdays from 5:00 a.m. to 8:00 a.m. –  host Leahy welcomed Co-Founder and CEO Daniel Grant of 2nd Vote Advisers to the studio to discuss his recent talks with red-state treasurers and the potential to divest in corporations that do not promote American values.

Leahy: Tell us why. What is it that the red state treasurers have?

Grant: Well, it’s pretty interesting, actually. So actually, we were just in the Australian Financial Review, which is The Wall Street Journal in Australia. And the reason we resonate with red-state treasurers and Australia is they’re heavily reliant on fossil fuels.

Leahy: And they’ve made a lot of improvements on environmental issues. But the Larry Fink’s of the world who want to tell everybody else what to do and what’s virtuous or not have declared fossil fuels are not virtuous.

I had lunch with a red state treasure a week and a half ago, and this gentleman controls over $70 billion in assets. And he was telling me exactly what I just said. They are under attack.

That week alone, Exxon lost three board seats to a small hedge fund called Engine No. 1. Engine No. 1 really didn’t know much stock, but they put a slate of directors out there. And then Engine No. 1 went to Vanguard, BlackRock, and some of the other large ones.

Grant: Number two. And got enough votes to actually put three activists on the board.

Grant: They are not saying, let’s go pump more oil out of the Gulf. (Leahy laughs) I can promise you that.

Grant: Exxon is under attack. That same week, Shell lost a very important case in a Dutch court, which basically is making Shell diversify out of 45 percent of its fossil fuel business.

Leahy: Shell is a Dutch company?

Grant: Shell is a Dutch company.

Leahy: Because it’s working so well.

Grant: What could go wrong?

Leahy: (Laughs) You are very good. That was good.

Leahy: What are they talking about?

Ogles: A point that we kind of danced around earlier is this idea that these large corporations are putting in these layers and layers of regulations to stifle competition.

Ogles: Because they don’t want you and me to start a business. They don’t want the small guy to become a big guy or gal for that matter or a mid-size company that becomes larger.

And that is exactly what they are doing. You don’t think Maxine Waters really cares about the Investor Protection Act, do you?

Leahy: So in terms of the red states, I think we’re talking. You don’t have to name any, but I will. So red States that have heavily in their portfolio, the fossil fuel companies. Obviously, Texas would be the big dog that would be there.

But Oklahoma would have them. And the Dakotas. North Dakota and South Dakota, New Mexico, and Arizona. All of those. New Mexico is not exactly a red state. Andy?

Ogles: One of the things that when Facebook was censoring the president, I sent a letter to the governor of the Speaker of the House and Lieutenant governor saying that the state of Tennessee should divest itself of any shares of Facebook and Twitter.

Why? Because these are big companies that have become social activists. They don’t represent Tennessee values. By the way, I never got a response to that letter. But that’s something that Florida has done.

Again, what would Ron DeSantis do? Florida has taken the steps to divest itself. And these huge investment funds States control red states and all states. They control a lot of money. If I dump my few shares of Facebook, it has zero impact.

If I cancel my Facebook account, it has zero impact. But if you have a state that has $50 or $60 billion under management and they say, you know what, Twitter? We don’t like what you’re doing to Conservatives on your platform that moves the needle. So I applaud 2nd Vote for what you’re doing.

Leahy: And Dan Grant, last minute of the program, you got 30 seconds. Sum up, 2nd Vote Advisers. Why should you go there?

The First Amendment protects individuals from the government only, not from corporations. But corporations should be inspired because that is what makes our society great.