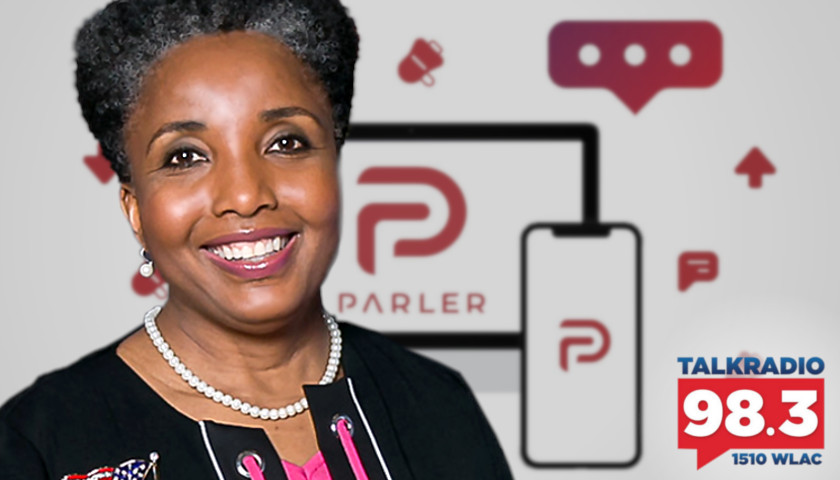 Leahy: I am very excited because in studio with us right now sitting and right across from me, socially distanced by six feet is the one and only all-star panelist, good friend, former Vanderbilt professor, former Nashville mayoral candidate Carol Swain. Good morning, Carol.

Leahy: You know you do a very good job of promoting your appearances here. and you put the content out that you coming on the next day. And then I just get bombarded with people on Twitter. Yes on Twitter and Facebook saying Carol is coming. Let’s see what she has to say.

Swain: Well, I mean people are just so wonderful to me. I really appreciate everyone who listens and I think have something important to say at times.

Leahy: Yeah. I’ve had a lot of folks that we talked to because I do work on other projects around the country. And every time I say, well Carol, Swain is one of my friends and she comes in as an all-star panelist. They say, Carol Swain! Well, I’ve got to talk to Carol. (Laughter) It actually happened a couple of times this week from people. So, you know, I benefit from our friendship Carol.

Swain: Well I run into listeners all the time and they come over and we chat and we take pictures.

Leahy: Well, it makes it a lot of fun. One guy who lets you we were talking about this off are I just want to sort of bringing it up. One guy who’s not having his picture taken these days is the former CEO of Parler Jonathan Matze. He announced his termination the other day and Dan Bonginio was a minority investor in that company who disputed his account of it. You would think on our side if we have trouble as Parler did, I mean Parler was shutdown unceremoniously in an unfair way about a month ago. But the CEO hasn’t been able to get them back up and running. And I think that may be why he’s no longer the CEO.

Swain: Well, there just seemed to be a disagreement about why he was terminated. And if you think about the CEO, of course, he’s going to present himself in the most positive light because he needs another job. And he seems to be a very intelligent hard-working guy. And there was a series of unfortunate and unfair circumstances that led to Parler being taken down. And by the way, I had 37,000 followers on Parler that I accumulated in maybe three or four months.

Swain: They were saying they had one from Russia and you can’t use Russia. And China is a bigger threat to our nation than Russia is far as I’m concerned.

Leahy: I think there are a lot of servers out there though here that are independent that you could get. I mean we use them and others use them. So I don’t know. it’s a bit of a mystery. I do know that they have a new management team. And actually, I know one of the members of the management team good guy former Tea Party leader organizer way back when. So I have confidence that they will get back up and running.

Swain: I hope so.

Leahy: We’ve had some conversations about all this Big Tech, you know, Orwellian shut down America and shut down free speech. Did you see this crazy story out of The New York Times? They want to put a realities czar up there. (Laughs)

Swain: And we know that New York Times gauges in fake news and I guess they would recommend the Arbiter of what is true and what is false and what is allowable and what isn’t.

Swain: Everything is so Orwellian. And if there’s anyone out there listening and you’ve not read George Orwell’s 1984, which was written in 1949, you need to read it. And if you read it in high school, you know 50 years ago you need to reread it because we’re going through repeating our history that is totally Orwellian when it comes to redefining terms and erasing history.

And if you look at our Republican members of Congress, I’m ashamed of almost all of them because for whatever reason they don’t seem to have much integrity. They’re not willing to stand up. They’re not serving our needs. And we’re locked in this two-party system where for all practical purposes we have one party. It’s the Democrats. And the Republicans are not even the loyal opposition. They shoot themselves in the foot and they undermine each other all the time.

Leahy: Those comments I think are primarily directed at the national level.

Swain: Well, yeah, I’m talking about the Congress right now. But we have to watch the state legislature as well. We have to hold everyone accountable. And when it comes to the election irregularities, we have to make sure that in Tennessee we don’t end up like those other states with the ballot harvesting and the absentee ballots standards relaxed to the point that we have stolen elections. And so that has to be a priority of every state.

Leahy: Every state. That’s a good point. I was talking with my friend the pollster John McLaughlin the other day who said exactly the same thing you are saying right now. Because where the Democrats have the advantage in this past election it wasn’t in-person voting. It was in all this vote by mail which has a higher probability of fraud.

Swain: But I saw the ballot harvesting. Virginia was not in play right? Well, I have relatives that live in the inner city living in the projects and places. They said that people came to your door like two or three people and they asked whether or not you had voted. They had ballots and they stood there pretty much while people filled out ballots that you handed back to them. Can you imagine? There’s no secret ballot there. There was a lot of intimidation and a lot of pressure on individuals. That should be illegal people showing up at your door.

Leahy: Yeah people showing up at your door. Hey here fill this out the way I want you to. There is intimidation. No question about it. I completely agree that should be illegal. Now the very interesting thing you brought up there is people might say well Tennessee voted for Donald Trump 60 percent. Not going to be a problem here. Well, that’s what they said about Georgia eight years ago right?

Swain: Yeah but the thing that bothers me as a Black American that lived through the parts of the Civil Rights Movement. I was a child when it started. but the Voting Rights Act that people fought so hard for was never meant to abuse be abused in the way that it is right now. And Black people are being used by the Democratic party to create lack standards to insulate Democrats. And it has nothing to do with right to vote. No one’s vote is being suppressed in 2021. And so this is a whole new ballgame with Black people being used to advance an agenda that doesn’t really benefit them.

Swain: Well since I’m Black and I hold these unorthodox views and I need to be sent away to camp and de-programed. but I can assure you that it will not work.

Leahy: Well Katie Couric thinks you should be deprogrammed.

Swain: Well the Democrats think that anyone who doesn’t believe the way they do should be deprogrammed.

Leahy: Let me read this from the Constitution of the United States the First Amendment in the Bill of Rights ratified in 1791. Congress shall make no law respecting an establishment of religion or prohibiting the free exercise thereof or abridging the freedom of speech or of the press or the right of the people peaceably to assemble and to petition the government for redress of grievances. Reality czar. Is that is that consistent with the First Amendment?

Swain: But you just read the First Amendment.

Swain: And the Capitol Hill protests that took place where they have demonized everyone that was known to have gone to Washington was totally contrary to the First Amendment right of assembly. And it’s like people have just lost sense of the Constitution. And this move, you know to make a state out of D.C., D.C. was created by the Constitution. It would take a constitutional amendment.

Swain: Congress just can’t do that.