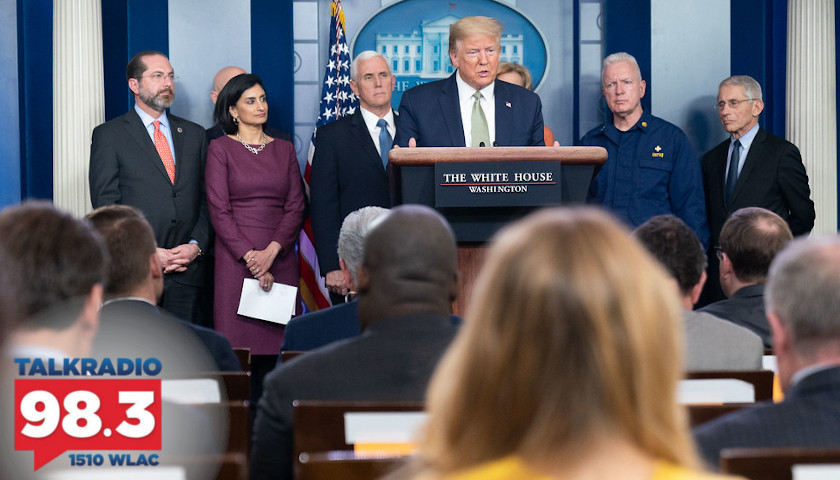 Leahy: Crom Carmichael, you and I are open to more excellent adventures out there. If anybody wants to have us come and do something fun and report on it, we’ll be happy to do that, right.

Carmichael: That would be a great time. It was fun.

Leahy: It was a lot of fun. The glockstore.com. Okay, Crom. So you are reading more books.

Carmichael: Reaganland. I read short books along with this long book which I’m no up to about somewhere around page 700. And it’s a little over 800 pages and the amount of research this guy has done, you can tell by reading the book that he is a guy who has slightly left of center but he really plays it very, very straight on the stories.

Leahy: So the book’s title is Reaganland.

Carmichael: Let me just tell you, let me just tell you because I’ve made some notes about this thing. And then this is March of 1980. Now, think about March of 2016 Trump is running. in March of 1980 Reagan is running. The New York Times defended Jimmy Carter’s budget cuts, saying, ‘not only to rescue the nation from runaway inflation (we were experiencing inflation of 13 percent of the time) but also to rob his political opponents of what is potentially the most explosive issue in the 1980 presidential election and that is balancing the budget.’

Now then he goes on to say that The New York Times obviously was not paying attention to Ronald Reagan’s speeches or a press release because Ronald Reagan was calling for massive tax cuts to crush inflation and to grow the economy. Reagan said, “it is time for this nation to abandon Jimmy Carter’s economics of despair.”

So The New York Times was really looking past Reagan at all of the other Republicans who were big on budget deficits. Reagan’s focus was on growing the economy and believed that if the private sector had more money, it would spend the money more productively. So then the press did not see Reagan as a viable candidate. If Bush faltered, (Bush was for balancing the budget) and opposed Reagan’s tax cuts called him voodoo economics.

Leahy: I remember that phrase.

Carmichael: Yes, this was the line of the elites thinking that the elites would go get and run Gerald Ford. And Gerald Ford was working very hard to be a candidate who could be drafted at the time by the Republican Party to defeat Reagan. ABC Harris polls had Ford beating Carter 54-44 and had Carter beating Reagan 58 to 40. (Leahy chuckles)

The media and the elites said that no conservative could beat Jimmy Carter. So what were the Republicans doing? And by the way, this is the mistake the political parties make over and over again. Well, the Republicans do make it over and over again because they think that the candidate who can beat the Democrats is somebody who is slightly more conservative than the Democrat.

Carmichael: So you never see what you missed by running a campaign of caution. And by the way, that’s what beat George Bush in 1992, because he broke his most solemn pledge.

Leahy: (Bush voice) Read my lips. No new taxes. So we’re both doing our George H. W. Bush and impressions. You can do yours.

Carmichael: I may try mine later, but right now, I want to finish this thought here. So the press had established and concluded that the public was in no mood this is their opinion, no mood for a far-right conservative. In March for the Massachusetts primary, though, saw John Anderson winning Bush coming in a close second, Reagan coming in third. And in Vermont, Anderson came in a close second to Reagan.

Leahy: And the reason you can do while they’re you hired him to do her or audio knowledge, say

Carmichael: Walter Cronkite did our tapes on the Constitution?

Carmichael: Anyway, Cronkite reported, quote, campaign 80 has taken an abrupt turn tonight with a little-noticed candidate came out of nowhere to become a factor in the race for the Republican nomination. Now that’s Walter Cronkite.

Carmichael: John Anderson. He was like a little bottle rocket. He popped up in the air and then he collapsed. Now there was in one debate in Illinois, which is his home state and all of the Republicans who were running were on the stage. And Reagan, according to this book, kind of was above it all. He let the others argue amongst themselves.

And he looked, he said, well, he said, John, are you telling me that you would vote for Teddy Kennedy instead of me? And John Anderson apparently started laughing and patted Reagan on the knee. And that was the end of the debate. Reagan had won. It’s things like that that are just so fascinating.

Leahy: And by the way, John Anderson ended up running as an independent in that year and was a non-factor.

Leahy: Their nature is the far left.

Carmichael: Yes. And they will look for some reason to say that this conservative is a bad guy, and nobody is going to vote for him, and he can’t possibly win.