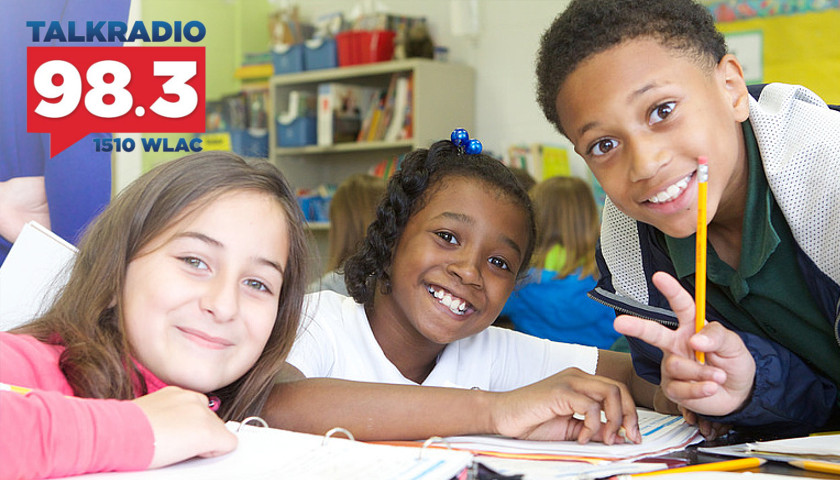 Live from Music Row Monday morning on The Tennessee Star Report with Michael Patrick Leahy – broadcast on Nashville’s Talk Radio 98.3 and 1510 WLAC weekdays from 5:00 a.m. to 8:00 a.m. – host Leahy welcomed TN. (R) State Representative Jerry Sexton to the studio to discuss the Tennessee General Assembly’s intentions to control what is being taught in K12 public schools and the catch of accepting education funding from Washington.

Leahy: In studio our good friend State Representative Jerry Sexton from Bean Station, Tennessee. Jerry during the break, we were talking a little bit about education policy. There’s this real disconnect between what the Tennessee General Assembly says should be taught in schools and what actually is taught in schools. The schools’ curriculum is leaning left. Big time.

But critical race theory says that everything should be seen through the lens of race. My question to you is there are apparently, some state legislators who are considering, even in the last couple of weeks of the session of introducing legislation, maybe in a caption bill, you would know better than I how it would come about, that would prohibit the teaching of either The 1619 Project or of critical race theory in Tennessee K12 public schools. If such a bill were proposed, how would you vote?

Sexton: Ha! I would vote to kill it. To kill it, kill it, kill it. And I know that I have several colleagues on the Education Committee that are fighting against this type of policy. And this is what’s ruining our public schools. It’s not about education. And I say it all the time. I was only on the education committee last session, and I talked about this all the time that it’s not about teaching, writing, arithmetic those types of things. It’s about indoctrinating our children. And we must put a stop to it. We must do that. We’ve stood up in this legislature just this past year. There was a program to come out to go into homes. And I don’t know if your people talked about that.

Leahy: Wellness checks without the approval of the parents.

Sexton: And we were livid. And it’s because of the Tennessee legislature and some conservative representatives that stood up and expose this for what it was. And we got it stopped. And, Michael, until we have the backbone to stand up and say, no, absolutely not, Washington you keep your money, you keep your values, you keep your education will keep ours in Tennessee. And I’ll be happy in five years to show the difference to Washington. They’re not teaching education. They’re teaching propaganda.

Leahy: Yeah, it’s kind of bizarre that our K12 public schools have devolved into propaganda machines. But that’s the reality of where they are now. I have this little pet idea, and I want to run it by you. So K12 public education in most States is funded by about 40 percent by local taxes, 50 percent by state taxes, about 10 percent from federal revenue. With federal revenue comes federal strings.

And usually, they come up with all these stupid ideas that if you want federal money, you’re going to have to do X, Y, or Z and all this stupid stuff. So here is my idea that I’ve kind of floated around. Why doesn’t the Tennessee General Assembly pass a bill that says we are not going to take a dime of federal money for education? You can keep your money and you can keep your regulations and we’ll do it our way. That makes some sense to me. As a legislator, what do you think of that concept?

Sexton: Well, let me veer off into another area and it deals with federal money. On my way home last Thursday, I’m getting calls from my county mayors. They’re wanting to know we had two million dollars put into the budget that would go directly to these counties for them to spend the money on infrastructure or whatever they needed. The local people and mayors…

Sexton: I have a little Cumberland gap. It’s just a small place right there on the Kentucky border. And the Mayor told me he said, we need some roads and we’re going to get $40,000. of that money and we want our roads resurfaced. He said I’m hearing that they’re talking about not putting that in the budget because of the federal dollars.

Here’s what he said and here’s what every mayor told me. Those federal dollars come with strings. He said I can’t pave my roads. He said, I have to do one, two, three, and most of them have to do with the Green New Deal or something like that. He said I need the state money because I can do whatever I need to do for my town, for my county.

But he said if these federal dollars, he said, I have to do whatever they tell me to do. And he said I’m hearing that they’re wanting to take the $200 million out because of all the federal dollars. And I said, not in the House. The House is fighting for you. And I said it’s my understanding the governor is fighting for you. So I don’t know what the Senate is going to do. I’m not in the Senate. But that’s exactly what we’re doing with education. We need to tell Washington you keep your money, we’ll keep our money and we’ll teach our kids Tennessee values.

Leahy: Will you in the next session, introduce a bill to accomplish just that?

Leahy: All right. We’ll track it. And I say that with a smile on my face.

Leahy: And you know why there’s a smile on my face? Because there are huge hurdles to such a bill.

Leahy: The Teacher’s Union. The Tennessee Organization of School Superintendents, and the Tennessee School Board. They’re all going to oppose it. All of them. Because they want the money.

Sexton: What’s most important to us? Funding the teachers union in the large infrastructure in the education Department? Or teaching our students? what’s the most important?

Leahy: I agree. And I’ve talked to a representative, Mark White, who’s a chair of the Education Administration Committee. He was favorably inclined to that idea.

Leahy: At least at the initial stages. It is a tough political battle. But we’ll see how that plays out.