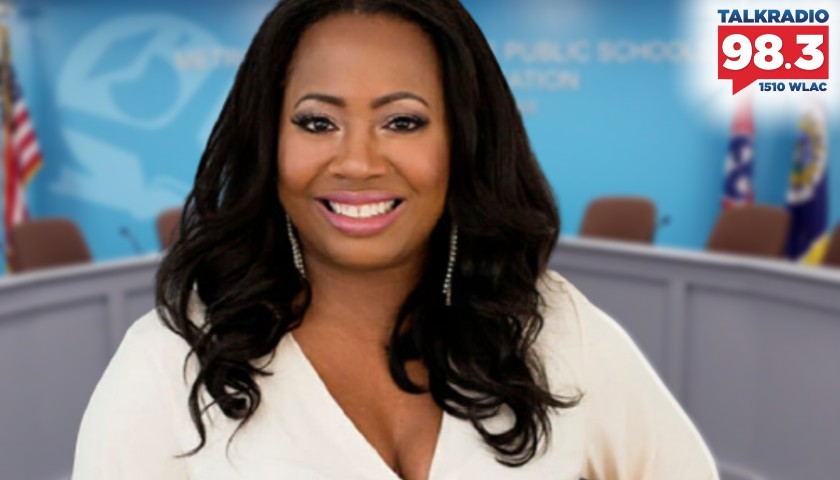 Leahy: It is always a delight for us to have the wonderful Fran Bush in studio. A sane member, perhaps the only sane member of the Metro Nashville Public School Board. We were talking Fran about the growth problems in your District, District Six. And you have a new middle school approved, right?

Leahy: When will that come online?

Bush: So this is the thing I think a lot of people really don’t understand. It’s a great thing, of course, when you hear a new school being built, but it takes two to three years for that school to be built. Therefore, we’re still having that good, bad problem. We have to make so many adjustments. Bring in more portables and even try to extend our buildings as far as construction to be able to provide more classrooms.

And of course, that comes with more teachers. Our student-teacher ratio increases. And if the listening audience doesn’t know, we can go up to 30 students in a classroom per one teacher. And that could be a deficiency when it comes to academic growth because you do lose students when you have such a large classroom. The smaller, the better. Those are the kind of things that we’re experiencing or we’ll be experiencing if we don’t move faster.

Leahy: In high school, you need a new high school because of the growth. And both high schools there now in Antioch and Cane Ridge, they’re overcapacity. I’m gathering it’s difficult for students and teachers alike there.

Bush: Yes. And just to add, when I just made the statement of adding on to our schools we were also approved to do an extension on the Cane Ridge High School, not the Antioch. Antioch we did about maybe two or two years ago we had an extension, another wing onto the high school just because of the growth. Now we’re going to be looking to do that for Cane Ridge.

Again, it’s going to take about two years to do that. So where are we at? We are at a high capacity. We have a new middle school coming that takes about two to three years. We found land for that. We’ve been approved for that. On this particular land my goal or my ask was, was it enough to build two schools, a middle and high school? But because of the density, it will not allow a second school on that property.

Leahy: So it’s going to be crowded for a period of time.

Leahy: Catch us up now on where we are in terms of students in person, online, graduation, and sports. What’s going on there?

Bush: We are in a good space for our sports. Kids are playing. They’re running track, they are playing their spring sports and summer sports. And that is a plus. Parents are able to see their kids finally.

Leahy: They actually had proms?

Leahy: Were they wearing masks or what?

Bush: Yes. They were required to wear masks.

Leahy: Was it a masked ball? (Chuckles)

Bush: It was the cutest thing when you look at all the pictures and everybody had their mask matching their dresses or their tuxedos or whatever they decided to wear. And most of the proms were outside this year.

Leahy: Proms, I’m told, have gotten bigger and bigger and bigger. They rent the limousines, they do all this sort of stuff. Is that right? I’m disconnected from that part of the world, but it’s a big deal.

Bush: I don’t think a lot of limo services were used this year. I didn’t see a lot of limos like usual. It was more of their own cars. Family members who had taken them. Because, of course, financially, it was a difficult time this year.

Leahy: How about graduation? What’s going to happen with graduation this year?

Bush: Graduation is moving forward in all of our schools and all of our high schools going to different arenas. So we’re excited about that. There are going to be some restrictions of course. As we inch into May, we can see some things that can be lifted or more people can attend graduation right now.

Let’s say, for example, only four tickets are given out per family. Well, that’s difficult. When you and I graduated from high school, everybody could come to see us graduate. So now it’s very limited.

Leahy: When I graduated from high school, they got there via horse and buggy. (Laughter) Not really.

Bush: It was a big deal. Parents are a little bit frustrated because my family is of 10, so only have four tickets. Who gets left off?

Leahy: Do you have a high school graduate this year?

Bush: I do. I have one graduating. Yes. I’m really excited.

Leahy: We must hear the details. What is your senior going to be doing after graduation?

Bush: My senior attends Hillsboro High School and he is so excited. It’s just so infectious to see his smile finally because during this pandemic, just so you know, we have lost a lot of our seniors graduating on time this year because of the pandemic. We lost them. And it wasn’t because they could not be a part of that virtual space in the platform. It was rigor. It was mental. Mentally it was really hard.

Leahy: Well, it’s hard. The mental difficulties of kids in that age. When you’re a teenager, the thing you want to do is hang out with other teenagers.

Leahy: And they got all this social stuff going on and they want to be part of it.

Bush: Exactly. And it was totally eliminated. So these students just felt so isolated. Depression was at an all-time high. Even my son, I have to say, and being honest, we went through a lot of mental depression with him.

Leahy: When do they come back in going in person?

Bush: Fully in person next year and we will have some virtual this year.

Leahy: Where are we now? Are we in person or is it virtual?

Bush: Yes. So those parents who chose in-person students are back in person.

Leahy: That’s been since what?

Bush: We got them back in February.

Bush: We start putting them back in and transitioned them back in by grade. So you do have about 45 percent of students that are still at home, and we have about 50 to 53 percent that are back in person.

Leahy: So your son’s graduating?

Leahy: And so does he have plans? What’s he going to do?

Bush: So Daniel is going to go to Tennessee State University. He’s going to go into communications. He is a very good speaker.

Leahy: I wonder where that comes from?

Bush: So yes. It doesn’t come far from me.

Leahy: Is he going to try for the football team with Eddie George?

Bush: I think he’ll probably be down there with them, I’m sure because he’s so outgoing. Daniel has never met a stranger. I’m so excited for him. This has been a long time coming to see that smile again.

Leahy: The Tennessee State thing I think that the announcement of the hiring of Eddie George as a head football coach to me is going to have a huge impact at Tennessee State in terms of enrollment.

Bush: Yeah, I think so, especially with recruiting for football. And if you haven’t heard about Master P, who is a very famous rapper, very well known and respected he actually spoke at one of our middle schools while he was here. He dropped off his son and his son had so many offers and he chose Tennessee State University to play basketball.

Bush: He’s going to play basketball. Big deal for the school. There’s a lot of great things coming to the school, and we’re really excited about it.

Leahy: It keeps you busy.

Leahy: And you had these kids when you’re, like, 10 years old, right. (Laughter)

Leahy: Five boys! You could have your own basketball team.

Bush: Yes. But it’s a lot of great things going on. So thank you for asking.