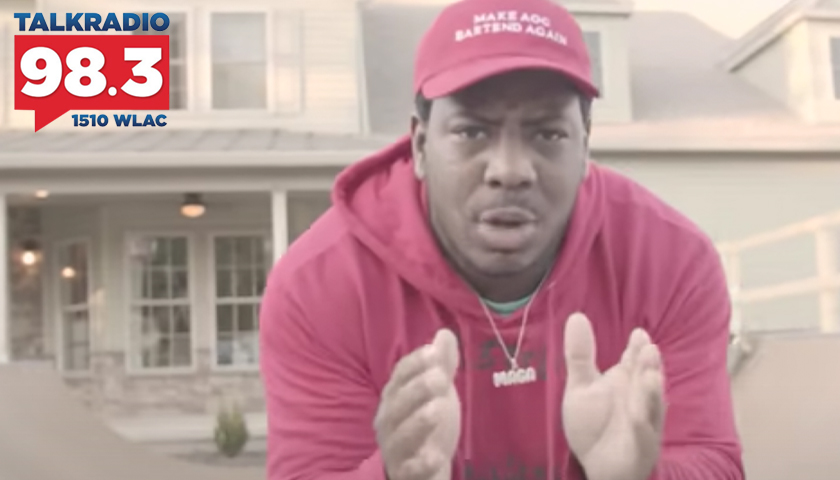 Live from Music Row Thursday morning on The Tennessee Star Report with Michael Patrick Leahy – broadcast on Nashville’s Talk Radio 98.3 and 1510 WLAC weekdays from 5:00 a.m. to 8:00 a.m. – host Leahy welcomed Nashvillian and MAGA Rapper Bryson Gray to the newsmaker line to discuss his youth and becoming a conservative MAGA rapper.

Gray: Good morning. Glad to be on.

Leahy: Bryson Gray, I’m looking at your website and I’m saying holy cow! (Laughter) So there you are. And you’re wearing these great t-shirts: Patriots Versus Everybody.

Thank God for Trump. Make America Great Again. And of course, my very favorite: Make AOC Bartend Again. (Laughter) Bryson, how did you come up with this idea?

Leahy: I’m going to buy some of these things, by the way. I’ll wear them in the studio.

Gray: Thank you so much. That’s amazing.

Gray: I’m from High Point, North Carolina, and I recently moved to Murfreesboro, Tennessee now. I grew up with being a Democrat as my default setting, and I used to make regular rap music.

I had songs on the radio in North Carolina where I’m from. But then when I started doing research, I realized all my views aligned, because I’ve always been conservative.

I just didn’t know anything about politics or the political spectrum or anything. But once I started doing research, I found out quickly that I didn’t belong on the left.

Leahy: Now, that is quite interesting. High Point, North Carolina, home of the University of High Point, whose head coach is Tubby Smith. How’s he doing?

Gray: I don’t know personally, but my father, he graduated from High Point University, so I’m sure he’ll know.

Leahy: Your dad is a graduate of High Point University. That’s a fine school there. What’s High Point, North Carolina, like as a place to grow up?

Gray: When I grew up, to be honest with you, all I did was fight and fight and go to clubs.

Leahy: Fight and go to clubs? When you say fight, be more specific. Would you verbally fight? Would you punch people around? Would they punch you? Would you wrassle?

When I grew up in a little town in Upstate New York, right? Little farming communities all around, my dad was a teacher so as he moved up in his career, we’d move from town to town, and there would be guys on the farm that wouldn’t like the principal’s son or the teacher’s son.

So we would fight. Except it wasn’t really a fight, it was wrestling. I mean, there wasn’t a – let me say, if it was a fight with punches, I would have lost a lot of teeth because I was not much of a boxer. I was a pretty good wrestler. Now, what kind of fights would you do?

Gray: Funny enough, my father is also a teacher. He’s an English teacher. But I grew up fighting in school. I used to have an attitude problem.

I like to be just real quick. I used to go from zero to 100 very quickly. And I used to get in a fistfight in school all the time.

Leahy: You got in fistfights?

Leahy: Let’s talk about this. Describe one of your most interesting fistfights in high school.

Gray: Well, I’m going to tell you the one I lost. (Laughs) There was one I lost when I was in eighth grade. And it was this guy who was huge.

He looked like he was literally supposed to be a senior in high school. But he was in eighth grade, and he was talking junk to me.

And as always, I was zero to 100 quick. And I usually say the thing, like, don’t matter how big you are. I’m ready to fight all the time, but this specific guy, I should have just left him alone really.

But I went from zero to 100 quick and I fought him like I fought anybody else, but I lost that one.

Leahy: When you say you lost it, I mean, did you punch him in the face? Did he punch you back? Did you get a black eye? How many punches were exchanged?

Leahy: So when did you decide, oh, I’ve lost the fight? And what did you do? How did it end with him declaring victory in that particular fight?

Leahy: And when did he stop punching you?

Gray: (Laughs) When people broke it up.

Leahy: Okay. Somebody came in and broke it up because it was sort of going into the land of no contest. 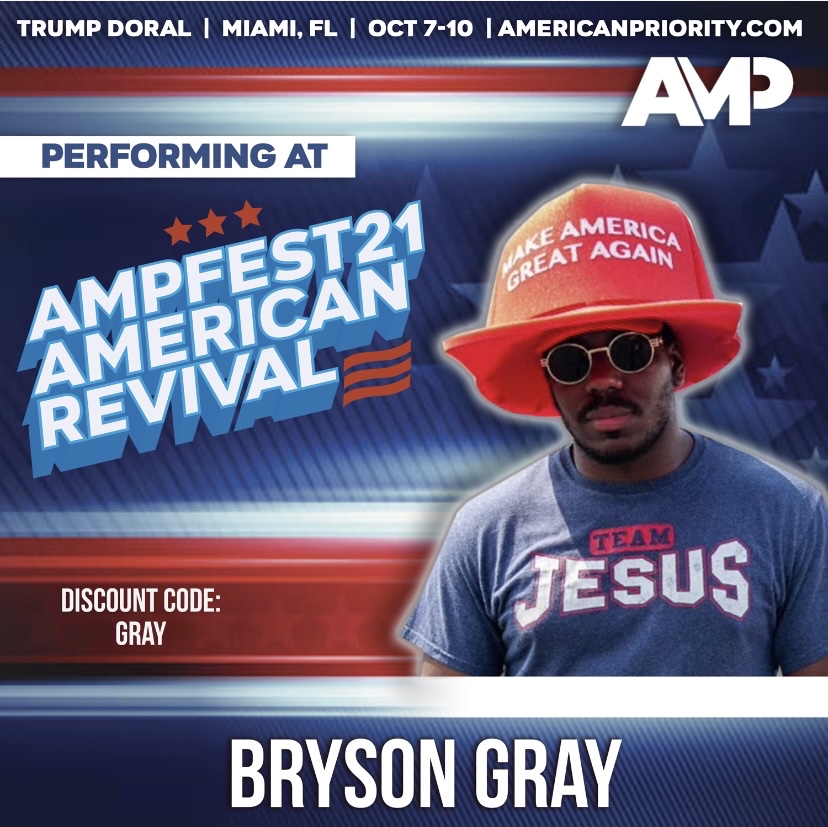 Leahy: What became of your relationship with that guy?

Leahy: You avoided him after? Is that what happened? (Laughs)

Gray: I just didn’t see him.

Leahy: Let me just say if anybody had ever punched me, I mean, it would have been bad because I just realized I’m the kind of guy that doesn’t take a punch.

And a well-connected punch would have sort of jarred me a little bit. The wrestling I could do, I didn’t mind the wrestling one bit because I could hold my own on that.

But the punch, man, that’s tough stuff. So you are out there. Mostly you won your fights, I’m guessing.

Leahy: What turned you around? When did you say this idea of fighting is probably not the best way to go?

Gray: It was when I could choose which high school to go to. And usually the people from middle school went to a certain high school and literally on my own I thought to myself, if I go to this high school I’m not going to graduate because I’m going to continue doing the same exact thing I’m doing now.

So I said, let me try out a different high school that my cousin was going to that was just a more decent high school. So my parents and I decided I’d go there.

Leahy: So this would be your sophomore year or your freshman year?

Gray: It was my freshman year. Leading from eighth grade to ninth grade.

Leahy: But I guess in some places, they continued into high school. But in your high school, you had the self-awareness to say, let me go where there’s less opportunity and less temptation to punch somebody in the face.

Gray: Exactly. (Leahy chuckles) And in this school, I didn’t get suspended once. I had a lot of in-school suspensions. I wasn’t the best kid. (Laughs)

Leahy: But they were a lot worse, right?

Leahy: It looks like you came to a level of maturity fairly early in your life.

Gray: I always try to find ways to evolve as a person. I don’t know where it came from. I just literally – I’ve always been that way. I’m still that way. I always look for ways.

I’m my own worst critic. I always try to find ways like, what can I do better? How can I better myself? That’s how I’ve always been.

Leahy: So you’re in High Point and you’ve got the independent bad boy streak, but you’ve matured and you’ve contained it. Do you graduate from high school?

Gray: Yeah, I graduated high school. Barely. (Leahy laughs) I did graduate. My focus was music. And even in high school, I was on, like, very popular TV shows for doing rap music in high school.

Leahy: So you were popular in high school. You got the music thing going on. You were doing rap. People liked what you were doing.

Gray: Yes, sir. I was on a popular show on BET called 106 & Park. If anybody is old enough to remember that show.

Leahy: You were on a BET show in high school?

Leahy: That’s pretty good! How did you get that show?

Gray: We became popular locally, and then we had a few viral songs.

Leahy: Hold on to that thought. Stay through the break. It’s about a five-minute break, but when we come back, I want to pick up your story: how you got into rap, why you’re conservative, and why you love Donald Trump.

Man, I can’t wait. Hold with us Bryson, if you would. We’ll be back after the break.