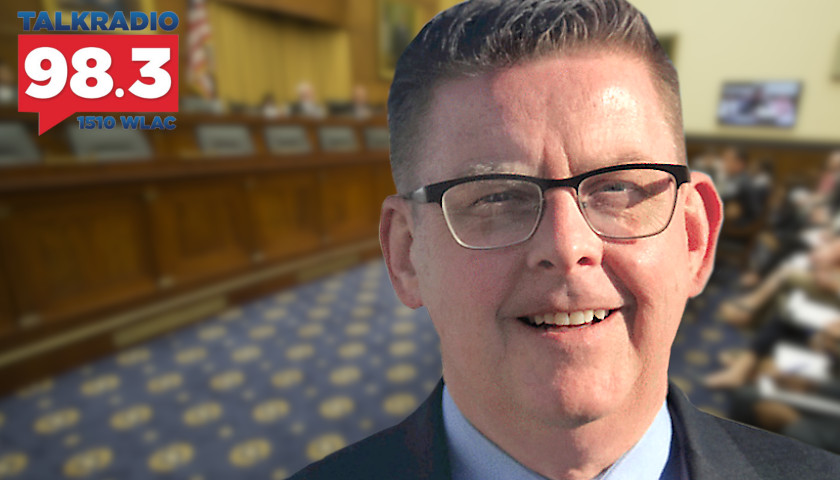 Leahy: Crom Carmichael the original All-Star panelists in studio. And on the newsmaker line our Washington Correspondent and our National Correspondent the great Neil McCabe. Good morning, Neal.

Leahy: It’s a little crazy in Washington next week. They’re going to start the impeachment trial. The president’s team responded. He finally has a team that’s sticking with him of attorneys. Also, we saw that Alejandro Mayorkas was confirmed as the Secretary of Homeland Security despite all of the EB-5 Visa scandals that he’s been involved in. What do you make of Washington today Neal?

McCabe: Well, I think it’s interesting that a lot of people blame the Democrats for the fact that Trump and four years could never get any of his officials confirmed. But the fact of the matter is that it was McConnell who was keeping Trump from filling up any of those spaces and the dozens and dozens of ambassadorships that were left open.

And he was doing it through various devices. But the majority leader of the Senate has the right to call any vote at any time and can be recognized at any time. And so the majority leader is not as powerful as the Speaker of the House in that chamber, but that in and of itself is a tremendous power that Schumer has and not McConnell.

And what you’re seeing is that Republicans are rolling over and basically letting these guys go through. They’re not demanding the maximum of 30 hours of debate. They’re not staging demonstrations or walkouts at committee hearings. Basically everything is rolling forward and McConnell is doing for President Biden what he would never do for President Trump.

Leahy: I saw old Mitt Romney, Susan Collins, Lisa Murkowski, and Rob Portman. I think there was one other actually that did this.

McCabe: Well, you know they did their dance and the president heard them out. And so he gets his photo op with the Republicans. He gets to demonstrate that he’s open-minded and that he’s trying to be the president of all the people. And then like Biden does, he’ll do whatever the left wants. He’ll do whatever the Democrat political machine wants him to do. He always says the right things.

You listen to a speech and you can listen to it as you’re going to be speaking and you’re like my goodness. He gets me completely to understand their point of view. And if you actually read the thing, you see, you know, how he sort of plays around with the words and it turns out he gives you nothing. And so there’s never a compromise with Biden.

And in a lot of ways during the Obama administration Biden was actually in the forefront getting ahead of Obama on some of this left-wing stuff. And so these guys did the dance. They gave Biden cover. But these establishment Republicans own the Biden presidency because they were throwing sand in the gears for Trump for four years.

And then when Trump was running for re-election, none of these guys lifted a finger to get Trump re-elected. And certainly, when we saw all the rigging and irregularities, none of these guys spoke up about the funny business that’s going on in these different states. And so, what are you going to do? We just basically have to ride this thing out and hope.

McCabe: An emergency petition to the Supreme Court to adjudicate a constitutional conflict. I think the answer Crom is if it was so it was so dressed right dress and good to go why is Chief John Roberts sitting it out? I would think that if the Senate was holding an impeachment trial and the chief justice of the Supreme Court didn’t show up for a sitting President does that mean that the chief justice can just sit it out If you want to? Why isn’t the sergeant of arms bringing John Roberts to the Senate chamber and shackles? They should arrest that guy. (Leahy chuckles)

Carmichael: Well you know John Roberts, and I’m not being facetious here or anything, but John Roberts has said that he does not have the authority to run a trial of a private citizen. Which is why he’s not doing it. That’s what he has said. That’s his reasoning.

McCabe: Well, there you go. I mean that’s your answer. And I think I would support that petition. I hope they pull it off. I’m also concerned almost like it seems like it’s almost like a bill of attainder where you basically hold. Is the Senate allowed to just hold the trial? And then decide what what are you gonna do is strip the Secret Service protection telling me can’t hold federal office anymore?

But in the end, this is a political process, not a judicial process. And so they can make whatever arguments they want. The defense team that is. The fact is they have 45 votes in their pocket. They could even give up some of those votes. as long as the guy gets 34 votes he’s good to go.

McCabe: Yeah, I think we should figure it out and we’ll find out. The thing is that you’ve got more than 20 Republican Senate seats up in 2022 and we’re going to find out that a lot of these big talk Republicans when push comes to shove if they’re going to vote to acquit Trump. Because you know John Thune in South Dakota is not going to want to explain why he voted to convict Donald Trump to the voters of South Dakota.

McCabe: Well, the president will be acquitted with at least 40 votes. And I think that people are going to look back at it as an absurd exercise. And when people look back at the failed presidency of Joe Biden, they’re going to blame this trial as the distraction that completely disrupted old sleepy Joe’s first 100 days.

Carmichael: Are you then assuming in what you just said that that Trump will not file a suit with the courts?

McCabe: I completely appreciate your logic but the fact of the matter is that the Senate is not going to allow the Supreme Court to weigh in on one of its prerogatives.

Leahy: I think that probably is figuring into the thinking of the Trump team at this point to file preemptively on it. but who knows. Neil McCabe, thank you for joining us here again. You’ll be back next week appreciate all of your great work with The Tennessee Star and all of Star News Network.