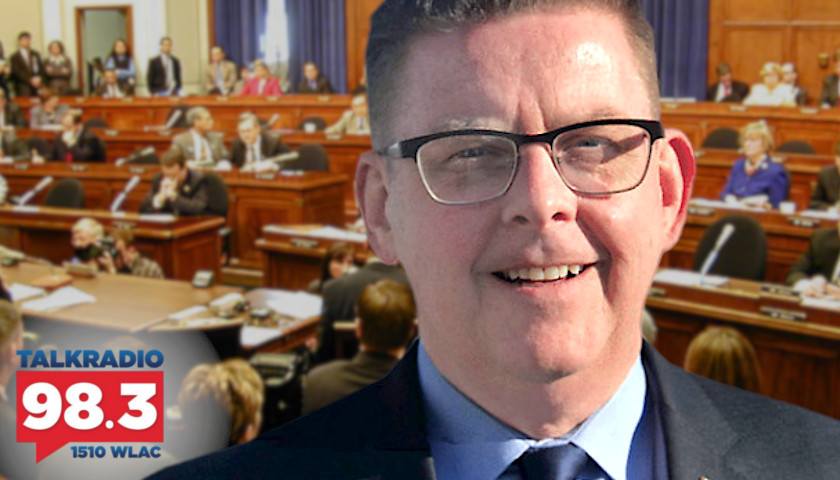 During the third hour, McCabe weighed in on the looming second impeachment of President Trump and whether or not it would lead to a trial in the Senate. He added that he believes the president would be impeached yet may still offer a range of pardons to warriors and possibly a pre-emtptive Stephen K. Bannon.

McCabe: Hey, Mike, Crom. Glad to be with you and good morning.

Leahy: Well we’ve got seven days and 5 hours left in the Trump administration. Nancy Pelosi and apparently Liz Cheney now wants to impeach him in the next seven days and five hours. And then there are rumblings about whether or not there would if impeached whether or not before his term ends for a second time. Rumblings about or not there would be a trial in the Senate. Tell us what you know about this, you know, unifying process going on in Washington today.

McCabe: Yeah. Let me just say that right before Thanksgiving Politico had this headline about a profile of Liz Cheney and that headline was She Kind of Reminds You of Margaret Thatcher.

Carmichael: I think they confused that with Gretchen Whitmer. (Leahy laughs)

McCabe: Let me just say that among the House Republican leadership like the guys who want to get along and go along. Al the good-time Charlies, they love Liz Cheney because she takes on Matt Gaetz. She takes on Jim Jordan. Now she’s taking on Kevin McCarthy. And frankly, she’s going to use this to catapult her challenge against Kevin McCarthy for the actual leadership of the House.

So inside the House Republican conference what’s really going on here is Liz Cheney is they’ve been her bid to take over. And they won’t have leadership, I doubt that they’ll change leadership this session. But what will happen is Liz Cheney is basically going to become the titular leader of the sort of the Washington party inside the Republican conference. Now, McConnell has already said that the trial will begin after Trump leaves office.

And because of what they call unanimous consent Schumer and the Democrats are going to let McConnell continue to run the Senate until Trump leaves. And basically, that allows McConnell to sort of like, you know wash his hands of the actual trial. So the trial will be run by Schumer and I doubt that the president will be convicted in the Senate. Joe Manchin has already said that the votes aren’t there.

And you have to be very careful about what’s been up in the media and what people say. And then you have to compare that to what people actually do. And when the rubber hits the road there are going to be very few Republicans, maybe 20 or 30, who vote for impeachment today. And in the Senate, if Trump has 35 votes he’s good.

And so it’ll be a little dicey for the Republicans in the Senate because, in 2022, there are at least 20 Republican seats up for re-election. And that’s going to be a heavy lift. John Coon is up in South Dakota. And you know, he’s been a real problem for the Trump administration for the last four years. But you know Trump is already talking about helping anyone who will primary soon. And going back to Liz Cheney, Trump did win Wyoming with 70 percent of the vote. So it’s like, hey lady, look at the numbers.

Wyoming’s a very tough state to run in statewide. It’s almost impossible to do polling there as you might remember Mike with the trouble we’ve had in the past doing polling there. And so, you know Dick Cheney, her father, is obviously very popular there. And so, you know, will she be primaried to be defeated? I don’t know in Wyoming. But it is important to remember that her state voted 70 percent for Trump.

Leahy: Now, let me ask you this a week from today when we have you on the call, will President Trump have been impeached for a second time by the House of Representatives?

Carmichael: Okay. Now, will Trump when he’s out of office if they try to pass it to the Senate because the 25th Amendment is actually pretty clear on conviction to remove the president. There’s never been a case before the Supreme Court as to whether or not a person who is not in office can be removed from office. There’s never been one. So will it go to the courts?

McCabe: There was a Secretary of War.

Carmichael: There wasn’t a case. There’s never been a court case.

McCabe: I don’t know if you want to give the Supreme Court a role in this, A. And B, impeachment is a political process, not a judiciary or legal process. And so politically you there is no will to impeach or convict Trump, especially after he’s left office. We forget. Once you leave office something changes. Clinton and Obama were both relatively popular when they left, but it changes you and people think about you differently once you are an ex-president.

Nixon was the most hated man in America when they railroaded him out on bogus charges with dirty judges. But having said that, by the end of Nixon’s life, he was one of Reagan’s top advisors. He was even advising Nixon, you know the days before he died Nixon was like that respected. Things change when you become an ex-president. It’s like the popular support is there and that’s the most important thing. Trump and the people are lined up and the politicians know it.

Leahy: Neil will there be a trial in the Senate? And if there is, will the former president be convicted?

McCabe: No. There will be a trial. And he will not be convicted.

McCabe: I think the Senate would say thanks for your opinion Supreme Court.

Leahy: None of your business. We’ll deal with it.

Carmichael: We are heading down a very very dangerous road then. Let me ask this question then. If President Trump pardons himself…

Carmichael: Can a president pardon himself under the Constitution?

McCabe: The president can pardon himself. You have two problems. One, he didn’t do anything. And number two you can’t pardon yourself for impeachment because (Inaudible talk)

Carmichael: I’m not talking about impeachment. Can he give himself a broad pardon for anything he committed while he was the president?

Carmichael: There are people who say he can’t. Should that go to the Supreme Court?

Leahy: Well the question I would ask you Neil is do you believe the president will pardon himself in the next seven days?

Leahy: I would agree with that.

Carmichael: I disagree with that.

McCabe: I think there’s going to be a rash of pardons. I think there might be a pre-emptive Stephen K. Bannon pardon. I would look for some of these warriors who are being charged with war crimes by the Pentagon for what they did on our battlefields. I think we may see some of that but you know, Crom, the whole pardon thing, I don’t think Trump will pardon himself because he doesn’t believe what crime would he parked himself for? I can’t think of anything that he could be charged with legally.