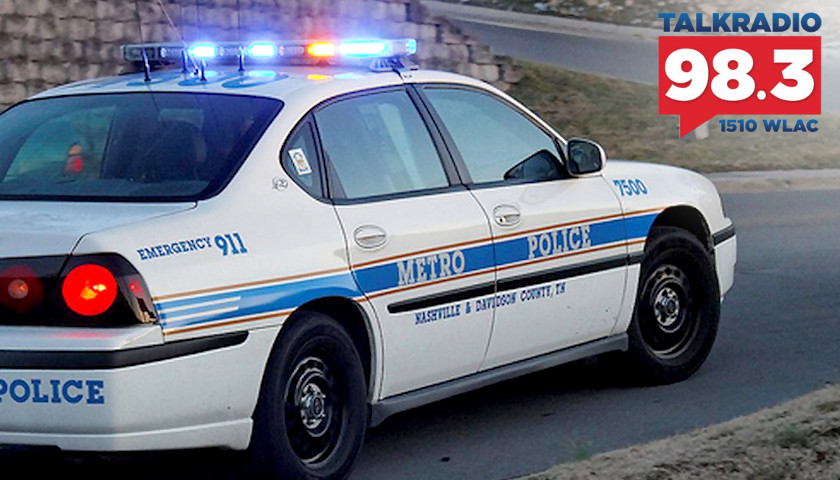 Live from Music Row Monday morning on The Tennessee Star Report with Michael Patrick Leahy – broadcast on Nashville’s Talk Radio 98.3 and 1510 WLAC weekdays from 5:00 a.m. to 8:00 a.m. –  host Leahy welcomed Metro Nashville’s City Council Member-at-Large Steve Glover to the newsmakers line to discuss his view on public safety spending and how to get involved in local politics as a fiscal conservative.

Leahy: We are joined by our good friend Metro Council Member Steve Glover. Steve, you want to talk a little bit about some police issues.

Glover: I want to talk about public safety very quickly. I know we’re going to be limited here. I ran into an officer last night, not literally in a wreck, but happened to see him and I stopped and spoke with him. I said man that car looks rough. He goes. Yeah. It’s got well over a hundred thousand miles on it. And I said what? And we just kind of spoke about that.

We’re somewhere between seven and 10 stations for fire departments that we need in order to accommodate all the growth that we’ve had. But yet we spend money because of one particular union and we know who that is, they want it going into the public education for those buildings. I’m not saying we don’t need those buildings. I am saying that we have not gotten our priorities inline still in this city. And our police and our firefighters are so far behind right now, they’re running ragged because we’re running them ragged.

Leahy: What’s going on with morale among the police department and the fire department with all of these terrible budget decisions that are hurting them?

Glover: You know, what’s amazing? It’s unbelievable to me the positive attitude that they all still display. I don’t know how they do it. But thank God they do. Thank God, we’ve got men and women that get up every day and are willing to come out here and stick their neck out on the line for us and protect us. The least we can do is turn around and say let’s at least make your conditions better and give you enough staff.

Let’s put you where you need to be. We need to start focusing on our priorities and quit wasting money. Now, I keep saying it over and over but this is where I come back and Ben I’m going to parlay into your question. This is where I keep saying we’re 100,000 plus strong. In that commercial break right there heard somebody talking about women who are running. and look at what’s happened in the Republican Party.

We’ve got some phenomenal women who have run and they worked hard and they were ferocious. They went out there they won the seat and they’re doing a phenomenal job. Same thing here. You’ve got to get comfortable with being uncomfortable. And when I say it and when I heard that I went wow, that really summarizes it right there. So how do you run for local office? I’ve done the school board, as you know, Ben and I’ve done the council.

I’ve done them both and I won when everybody said I couldn’t win for the at-large. I won because we went out and we worked and we worked collectively. The conservatives came out and voted. Thank goodness. The same thing happens here. We’re 100,000 plus strong. I’ve got districts identified that we actually could win those seats with a moderate candidate. You don’t have to be a staunch Republican.

But a moderate candidate could win 12 to 15 seats in this city. We certainly could occupy three four five of the school board seats. And that desperately is needed because Lord knows that’s just dwindled down to almost nothing and our children are the ones who are going to pay the price and our city is going to be financially hurt. It’s going to be devastating in the decades to come.

Cunningham: Steve, I think a lot of people think that requires hundreds of thousands of dollars to run for office, but these local offices you can make a good dent with 10 or 15, or 20 grand. And if you’re opportunistic like you say if you identify those districts, perhaps even less.

Glover: Yep. I’ll tell you the real thing Ben and you know the answer here before I say it. The real thing on those local elections in those district elections is foot power. You got to be on the ground. You’ve got to go talk to people and you have to have a conviction. You’ve got to believe what you’re saying. And when I say and then that I mean, I’d that may sound trite but it’s not. You have to be convicted.

You have to have an inner personal conviction that what you want to do is good for the community. It would be good for you but it has to be good for the community. And if you have that desire, I promise you I can help connect you with a network and will help get you elected because Nashville needs really strong independent thinking people. And fiscal conservatives. Whether you’re Republican or not.

I’m a Republican and darn proud of it. You don’t have to be a Republican. You can be independent and you can be a moderate. But if you are a fiscal conservative then collectively we could work to where we start bringing the ties back in and hopefully slow down the hemorrhage because that’s what we’re doing. We’re hemorrhaging right now and pretending like everything’s okay. Our debt to operational ratio now has climbed to 15.95 percent Ben. You know that has got red flags flying up everywhere.

Leahy: Yeah, and that’s a very good point. I mean what would be the ratio that would be prudent for that ratio to be?

Leahy: So we’re going in the wrong direction.

Leahy: Last question for you.  So somebody listening to this is saying, yeah, I’d like to run but it’s an awful lot of work and it looks like I don’t wouldn’t have a chance. What do you say to that person? Got about a minute left here.

Glover: Call me. I’ll give everybody my number. It’s 615-481-4277. I love this city. I’ve got four grandbabies that whether they realize it or not are counting on me to work hard every day to try and give them a life in America and a life in this city that God granted me to have. And so, therefore, I do have a passion for this. There is no doubt about it.

Leahy: And we can feel that passion here Steve. Thanks so much for joining us today.