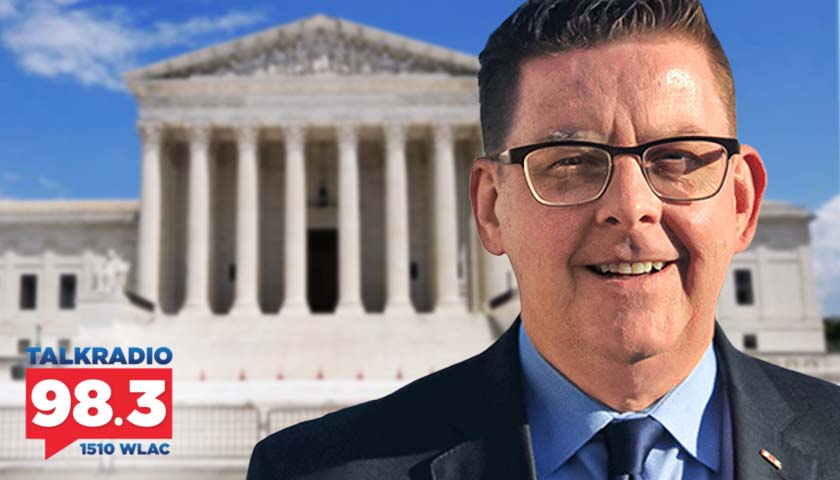 The Star News Network’s Neil W. McCabe and the History of Political Omens

McCabe: Morning, Michael. Good morning, Crom. We’re all very excited about the omens. Everyone remembers from Roman history that birds are very important for telling us what’s going to happen in the future, to tell us about the times that we’re going through now.

You’ll recall the Romans had special priests who would cut open birds and examine their livers. They would watch the way birds flew in the air to see which way the war was going to go. Birds are very important to the Romans.

Leahy: (McCabe laughs) So there was a bird that had a special delivery in Iowa. The legal but not legitimate grifter-in-chief, Joe Biden was giving a speech in a big barn in Iowa. Tell the audience what that special message the bird had for President Joe Biden.

McCabe: He made a special delivery, a little deposit … (Laughter)

Leahy: He’s in his speech, and this little white deposit is dropped on his shoulder just above his lapel flag pin. And it’s sort of, I mean, you can see this white substance kind of dribbling down above his lapel. Did you see, Neil, what the White House said that substance was?

McCabe: It said it was a kernel of corn, right?

Leahy: Yeah, that’s what you call spin. Crom Carmichael, do you want to weigh in on this?

Carmichael: It’s just hysterical. Kate Beddingfield, who is the White House communications director tweeted, if you guys knew your way around a corn silo at all, you’d know it was corn.

Carmichael: This is very similar to the White House explanation on inflation. (Leahy laughs) It’s not bird poop. It’s not inflation. It’s corn and Putin.

McCabe: If anybody has spent any time in a barn, they would know that there are often birds in the rafters. So that was just bad advance work, I think.

Leahy: Yes! By the way, that’s a very good point. Knowing that there’s a risk that a bird would, I don’t know, give you a special delivery, why would you hold this in a barn?

McCabe: Because they’ve never actually been in a barn. They’ve seen pictures of barns, and they think they’re amazing, and what a great vista. The president didn’t seem to be aware at first that he was in a barn. I believe he called it a hall at first.

(Laughter) Whatever. It’s tough! It’s almost cruel to ask the guy questions, because he doesn’t know any more than anybody else what’s going on, and he’s supposed to be in charge. And so here we are. But it does remind me of, again, the parallels with James Earl and Jimmy Carter.

McCabe: And when we saw him collapse when he was jogging, or he was attacked by a rabbit.

McCabe: George H. W. Bush, vomiting on the Prime Minister of Japan, whatever, as one does. I guess the Japanese assume that was just a custom.

Leahy: But the bird is an omen, I suppose you could say.

Leahy: But related to Jimmy Carter: inflation. Yesterday they came out with the numbers, 8.5 percent. We haven’t seen that since the days of Jimmy Carter. Your thoughts, Neil W. McCabe.

McCabe: So we were coming out of that Carter presidency when Ronald Wilson Reagan took office and it took about two years, and it was a tough transition.

And Reagan said that he finally knew that his policies were working when they stopped calling his policies Reaganomics.

Because with Paul Volcker at the Fed, they had to raise interest rates, and it was crushing. And it really flipped a lot of companies and a lot of businesses.

Businesses had learned to sort of function in a high-inflation environment with a weak dollar. And when the Fed and Reagan took the steps necessary to rein in inflation, everybody had to sort of make those adjustments, and not everybody made the adjustments well.

The other comparison I’ll make to the Carter sort of years is that for four years of Jimmy Carter, there was a man named Reagan waiting in the wings, and he was trying to stay relevant.

He was trying to stay involved, trying not to do too much, but trying to keep his viability as a candidate for 1980. And we see the same thing with Donald J. Trump as he’s sort of waiting.

He’s always there, waiting in the wings, but far more active in politics than Reagan was during that time in the winter between ’76 and ’80.

Leahy: Last week you were down inside Mar-a-Lago and had a chance to see the former president give a speech there.

Leahy: I have a big question for you. Are you ready, Neil W. McCabe?

Leahy: Were there any birds flying around Mar-a-Lago when you were down there? (Laughter)

McCabe: There was an eagle soaring over the grounds.

McCabe: Which the Romans would tell you that that’s a good sign. The other thing is that the Chinese talk about the mandate of heaven, right? So, you know that a dynasty is going to fall when there’s an earthquake or some kind of natural disaster.

And there was a massive earthquake in China that marked the end of the Cultural Revolution. Basically, a lot of people attribute that earthquake and the attitude of the earthquake to the fall of the Gang of Four in that group. And so we’re just sort of seeing these things.

Biden does not enjoy the mandate of heaven. And bad things are happening, and bad things happen when there’s a bad leader. You talk about the Fisher King, Michael, the land and the King are one.