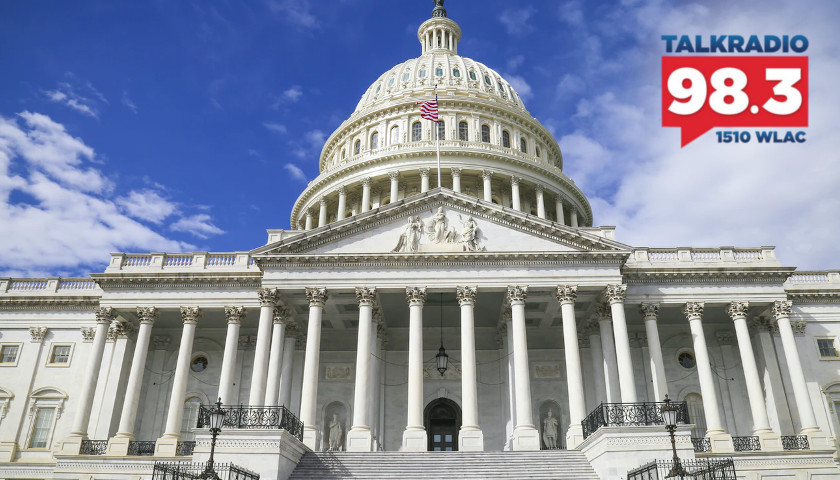 Live from Music Row Wednesday morning on The Tennessee Star Report with Michael Patrick Leahy – broadcast on Nashville’s Talk Radio 98.3 and 1510 WLAC weekdays from 5:00 a.m. to 8:00 a.m. – host Leahy welcomed Philip Hamburger who is a Professor of Law at Columbia Law School to the newsmakers line to discuss constitutional covenants and abuses of administrative law.

Leahy: We are delighted to welcome on our newsmaker line, one of my intellectual heroes. I’ve never had a chance to interview him. But Professor of law at Columbia Law School, Philip Hamburger. A leading intellectual in America today on issues of the Constitution. Welcome to The Tennessee Star Report Professor Hamburger.

Hamburger: Thank you. It’s a great pleasure to be here. Thank you so much.

Leahy: Well, look, we have talked often on this program about the overreach of the administrative state. And you’ve talked about administrative law. You’ve written about when administrative agencies regulate us, they exercise the legislative power that the Constitution gives to Congress un-elected bureaucrats, thus displace elected representatives.

This has been a dangerous trend. You’ve written about it extensively. Can you briefly describe what kind of difficulties this is cause for our constitutional Republic?

Hamburger: Well, there are so many. I don’t know. We can take the whole program listing the problems. (Chuckles) The real danger is that we are established as a Republic in which we elect our lawmakers.

We govern ourselves. Our laws are binding on us because we consent to them through elections. And we don’t always win the election. We don’t always get our way. But we know we participate in a process in which we get to elect those who make our laws.

And the problem, of course, is that much of the law-making, in fact, I’d say about 90 percent of it these days is not made by legislators who were elected but by unelected bureaucrats. And their tastes and their interests don’t coincide with ours and even if they did, they’re not terribly responsive to our needs. So that’s a disaster.

Leahy: It’s entirely a disaster. Professor Hamburger. Crom Carmichael, our original all-star panelist and another big fan of yours has a question for you.

Carmichael: Professor, the question that I have is this. Suppose an administration came into power and I would assume it would have to be a Republic administration but they haven’t done much better on the subject that you’re addressing. (Hamburger chuckles)

But suppose one did come into power that proclaimed during the inaugural address that under this person’s administration that the practice of administrative law will be believed to be unconstitutional on its face, and that any bureaucrat who presumes that they have the power of the legislature and tries to assert that power shall be terminated. Is that legal?

Hamburger: It certainly is up to the point of termination where there are some complicated questions. But I entirely agree with you. I think this is absolutely on point. You don’t have to wait for the Supreme Court.

A President who understood the problem could, I think, quite wisely, decide simply to instruct all federal officers not to pursue administrative power at all. And by the way, I think the President has a duty to do this.

The President has a duty to take care that the laws are faithfully enforced in the highest law of the Constitution. Although the question I think constitutionally, the President should be able to fire such officers, there would be a legal battle over that.

But the President, I think, could quite easily simply insist that administrative power not be exercised. It’s complicated but possible.

Carmichael: Well, then what I think I’m hearing you say is that the laws protecting government bureaucrats are a powerful law. But if a President did assert in the inaugural address and then a bureaucrat shortly after that, I’m sure somebody would test it.

And if he fired that person, that person would then have to sue to get their job back. And the court would then resolve whether or not a bureaucrat has a power greater than that of Congress.

Hamburger: That’s right. I must say I actually have proposed something like this in the past, and I think ideally it would be done in a proclamation followed up with executive orders.

I think one would have different orders and proclamations for different agencies because in some cases it would be a clearer path than others. But constitutionally, in the end, I think the President certainly has the power to do this. The real question is whether President would have the fortitude and the wisdom to do it.

Leahy: Absolutely. You started in 2017, the New Civil Liberties Alliance, and you’re using the courts to stop this administrative overreach by bureaucrats. How is that succeeding? And are you stopping this growing tide of bureaucratic power?

Hamburger: Well, as a friend told me, Rome was not burned in one night. (Leahy laughs)

Leahy: I love that line.

Hamburger: (Chuckles) Yes. I wish I had thought of it. But we are having some remarkable success with such a young organization. The New Civil Liberties Alliance now has about 20 employees who are litigating every day.

I’ll give you just one example of where I think we’re having a real effect on the ground. I just learned that the Security and Exchange Commission has greatly reduced the number of prosecutions it conducts in its own in-house administrative tribunals, these Kangaroo courts that are biased, that don’t give juries.

They now only have 12 of these proceedings. And I think that’s very much in response to our litigation against the Security Exchange Commission. Our goal is to have that effect across the administrative state.

And it’s actually very gratifying that already they’ve been forced to cut back so much at such a leading administrative agency. So I think we are having a very real effect, but we just want to keep on pushing and pushing until we restore constitutional covenants.

Leahy: We have a couple of our friends who are on the board of advisors at the New Civil Liberties Alliance, our good friend, Professor Randy Barnett from Georgetown University and Glenn Reynolds of Instapundit is on your advisory board. That’s a great lineup.

Hamburger: And we are honored to have them on board. And we actually also been gratified not only by our success but also the backing we’ve had from intellectual such as these.

Hamburger: That’s right. It’s a 501 (c) (3) and we’ve had a remarkable outpouring of support, some very large donations, but also small donations, but also the people, all walks of life who really get it and who realize there’s a danger. And we have a chance to overcome it.

Leahy: It’s on the web at Nclalegal.org. You can go there and hit the donate button for it. And Professor Hamburger, I want to extend an invitation to you, if you’re interested. Every October for the past five years we’ve been hosting for secondary school students a National Constitution Bee here in Tennessee.

It’s open to any student around the country. Last year Alan Dershowitz addressed the group. The winner of the Bee gets a $10,000. educational scholarship and second and third also. I want to invite you down. Come down and be one of the judges in that event.

Hamburger: I would love to do that. I’ll have to consult my wife because she is the chief administrator of this agency. (Laughter)

Carmichael: She would enjoy coming to Nashville also.

Leahy: Have you been to Nashville?

Hamburger: I have not. I have driven through it but I wasn’t able to stop.

Leahy: We are going to give you a tour of Nashville.

Carmichael: And your wife will love it.

Leahy: By the way, I know you are at Columbia Law School and you are probably paying state and city income tax. (Hamburger chuckles) I don’t know if you know this, but in Tennessee, we have no state income taxes.

Leahy: Hey, look, will you come on again? Because as I said, you have been an intellectual hero of mine for many years. I’m just delighted to get to meet you here.

Hamburger: I would love to join you anytime. It would be a pleasure. And thank you so much. The more the word gets out of this stuff, and you guys seem to be doing a great job on that, the more we can actually restore our own self-governance. Thank you very much.