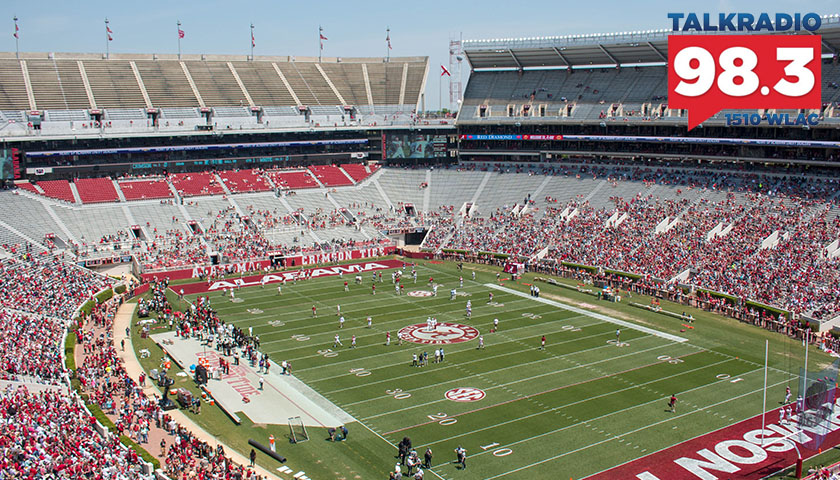 Dr. K. Talks About the Tremendous Change of Dynamics in College Athletics

Live from Music Row Friday morning on The Tennessee Star Report with Michael Patrick Leahy – broadcast on Nashville’s Talk Radio 98.3 and 1510 WLAC weekdays from 5:00 a.m. to 8:00 a.m. – host Leahy welcomed Dr. K. to discuss the elevation of the college athlete to professional and the changing dynamics surrounding it.

Leahy: Dr. K., you called it. After this name, image, and likeness policy was announced, now we have Nick Saban. This is a story at Fox Business, not sports. Fox Business.

Nick Saban says Alabama quarterback Bryce Young is already earning nearly $1 million in endorsement deals. Saban cautioned the new policy to pay college athletes could create unequal opportunities. What do you have to say about that, Dr. K?

Dr. K.: Well, I love Nick Saban. And, of course, Alabama’s program is clearly in as a focal point of what’s going on here. And when asked, he said, I don’t want to talk to anyone about it.

Well, that’s always interesting because that’s not going to happen. (Leahy chuckles) And he then went on to say that there was no precedent for it.

And then when they questioned him about Bryce Young, which you just alluded to, went on and said he is very concerned. And I’m quoting Nick Saban.

I’m very concerned about the disparity of compensation among teammates creating an uneven playing field. He went on to say that everything that we’ve done in college athletics in the past has always been equal. I don’t know where he got that.

Leahy: I’m not sure that’s exactly the case, but go ahead.

Dr.K.: He says, equal scholarship, an equal opportunity, now that’s probably not going to be the case forward. Some players will have more opportunities than others.

Saban also said that he believed that educating his players about the unequal marketing opportunities will lead to an opportunity for our team success that people are not looking over their shoulders at what somebody else is doing or isn’t doing.

It’s clearly documented that a good many Crimson Tide players have already signed endorsement deals. Bryce Young signed on with CAA, one of the more prominent agencies that represent NFL players.

He supposedly also has inked a deal with Cash App. He was a five-star player coming in. He’s projected to be the starting quarterback for Alabama.

And then Saban said, yeah, he’s drawn near to a million dollars and he hasn’t taken a snap in an SEC game. I think it’s the real deal.

And I think as we said last week, I think it’s going to be an absolute bombshell with all these kids. We could talk for hours about it. It’s exciting, but it is marketing.

Dr. K.: Everybody has entitlements, there’s little doubt. I think it changes the dynamics of college athletics tremendously. The day of the college athlete, good ones going to school for education could very well change dramatically.

If you’re being paid as a professional athlete, and then how long do you stay? It’s going to change the NFL. It’s a far-reaching decision, but it’s an entitlement.

We all have entitlement. You’re on the radio, you’re a big-name guy in the city, and you’re being paid handsomely for what you do and what you know.

And that’s your economic entitlement. And if an athlete is in the same capacity as an athlete, he has that same entitlement. So it’s just free economics. It’s a good thing to have?

Leahy: Let me put our two storylines together here, and kind of get your reaction to this. We have one storyline, Texas and Oklahoma are interested in joining the SEC. I think that’s going to happen. That’s my guess.

Leahy: All these things happened quickly these days, Dr. K., you know?

Leahy: The other storyline is name, image, and likeness. Eight freshmen in college can get in these big deals. Okay, so here’s what I think.

It looks like he’s the real deal. As of today, he’s supposed to be the number one college quarterback coming out in the college of 2023. How much does he make?

And does it increase the chances that he’s going to Texas if they’re going to be in the SEC? We got 30 seconds on that big one, Dr. K.

Dr. K.: One, I think he will make a fortune. Just the name alone – being a Manning. Two, I’ll tell you, he’ll be a wealthy dude when he gets finished with his deal signing before he goes to college and where he goes, who knows.

I would imagine he would have stayed in the SEC. It’s going to be fun to watch. I promise you.