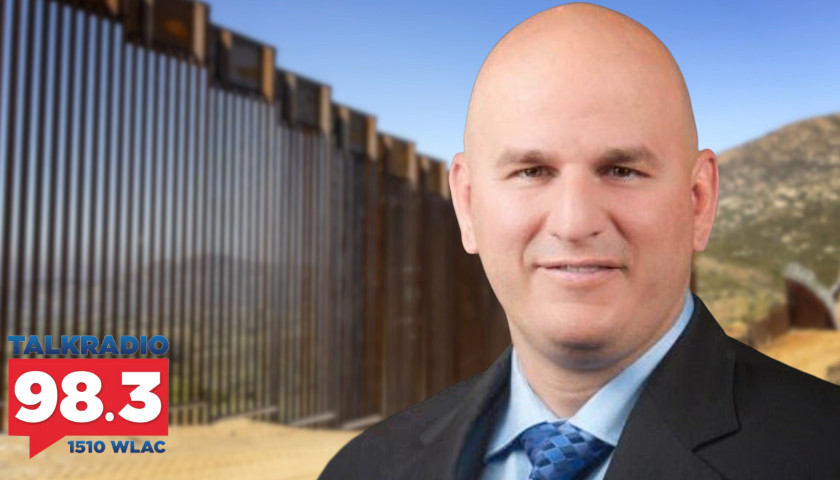 National Border Patrol Council President Brandon Judd on Southern Border: ‘If the Outrage Exists, Then a Change Can Happen’

Live from Music Row Monday morning on The Tennessee Star Report with Michael Patrick Leahy – broadcast on Nashville’s Talk Radio 98.3 and 1510 WLAC weekdays from 5:00 a.m. to 8:00 a.m. – host Leahy welcomed special guest Brandon Judd, President of the National Border Patrol Council to the newsmakers line to discuss the current surge of Haitians under the Del Rio International Bridge and how it is up to the people educate themselves to make a change to the Biden administration’s border policies.

Leahy: We are joined on our newsmaker line right now by Brandon Judd, the President of the National Border Patrol Council. Brandon, apparently there are reports that there are more than 10,000 Haitians are under the Del Rio International Bridge on the southwestern border of Texas with Mexico. How do they get there and what’s happening with them?

Judd: I spent all day yesterday, and I’ll spend all day today down under the bridge. And what we saw is at the height, it was 14,870, some odd people that we had under the bridge. Now, these people were not in custody.

And as long as they didn’t try to further their entrance into the United States, they were able to stay under the bridge until we can take them into custody, transport them, process them, and then determine what’s going to happen with them from there.

The idea and these stories that are coming out by The Washington Post, by The New York Times, by all of these outlets are saying these people are going to be deported. That’s just not true.

The vast majority of these individuals crossed our borders illegally, they violated our laws, and they’re ultimately going to be rewarded for violating our laws.

And as long as we do that, we create this magnet that draws all of these people to come here to the United States illegally. And it’s completely and totally surreal. It’s a situation that we’ve never seen before.

And if you are able to get down there personally, what you’re going to see is that it seriously appears to be like a war zone. It’s crazy what is taking place right now.

Leahy: How does it happen? I mean, how do 14,000 Haitians get from Haiti to a bridge under the bridge of the Del Rio International Bridge on the southwestern border of Texas and Mexico? How does that happen?

Judd: Oh, they walk for the most part.

Leahy: They don’t walk from Haiti. That’s an island.

They didn’t have to take boats up to where we’re at. They were able to come straight up through South America and Central America, up to the United States and the cartels, they facilitated this.

And when we deploy our resources to that area, we create all of these artificial gaps in our coverage along the border. And when we do that, they’re able to cross their higher-value products such as criminal aliens and drugs into the United States.

It’s completely and totally crazy that we continue to operate the way that we do because we’ve conceded control of law enforcement operations to criminal cartels.

Leahy: Is this intentional on the part of the Biden maladministration?

Leahy: I don’t have evidence, but I have logic. I can’t see any other way this would happen unless this were intentional on part of a Biden maladministration.

Judd: When you look at the Biden administration bringing back the catch and release magnet, that then-President Trump was able to get rid of, we dropped to a 45 year low in illegal immigration.

The Biden administration almost from day one, when they came into office,  reintroduced that magnet. And that’s why we have 200,000 apprehensions two months running. We’re expecting to see those apprehensions to be over 200,000 again in the month of September.

So, yeah, it’s crazy what’s going on. And until the people recognize that the policies of this administration that it’s not just border security.

It’s everything. Look at the economy right now. Look at the jobs market. Look at Afghanistan. Everything that’s happening in this country, these policies are horrible. And until the country stands up and recognizes this, he’s not going to change.

Leahy: What does this do to the morale of the National Border Patrol agents out there?

Our desire is to be able to enforce the laws properly so that the public is safe. And when we see what’s going on, we basically become caretakers. We become babysitters if you will. And that’s not what we signed up to do.

We signed up to be able to go after the criminal organizations, the criminality that exists on the border. We’re looking at it. We know that all we’re doing is reporting to work to be babysitters caretakers, and prison guards, if you will. And that’s not what we’re supposed to be. Now we’re all defeated.

Leahy: Well, when you say defeated. Is it temporary? Is it permanent? Is there hope? What do the Border Patrol agents want to have happen?

Judd: There’s always hope. If we can get back to the mission that we originally signed up to do, that morale is going to jump right back up. But until that time when we say there’s always hope, there’s hope that the public is going to put enough pressure on this administration to do the right thing.

If that doesn’t happen, the morale is going to stay in the tanks. Now, the one thing, even with the moral being, what it is, I’m so proud of the agents that we have. I’m so proud of everybody that goes out there day in and day out.

Judd: (Sighs) That I know of? No. If you look at DHS, the Department of Homeland Security, anytime that you change administrations, they’re able to come in and they’re able to appoint political appointees in very high-level positions.

If the Biden administration knows that the public is upset with what is going on, then you can see a change in the stances in the operations and the leaders of the agencies. They will fall in line with that.

There has to be enough public outrage. And if there is, then we will see changes. But anytime that you have The Washington Post, The New York Times sugar coating and telling half-truths, then you’re just not going to get the outrage that we need for the public to let him know that they want change.

And that’s why we have to look at both sides. You have to not just listen to those left-leaning outlets. You have to seek out the truth when you find the truth. If the outrage exists, then a change can happen.