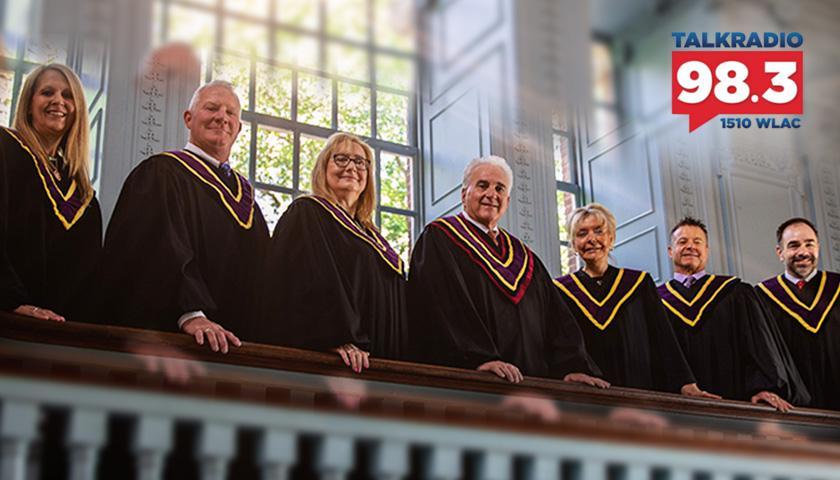 Michael, this commentary is really adding to the guests that you had on the show as I was driving in talking about the courts. And the title of this Wall Street Journal article is “The Battle for State Supreme Courts.”

And it points out that in many states where they elect their members of the Supreme Court, the Democrats are trying to pick people who will legislate from the bench. Surprise, surprise.

And the Supreme Court of Pennsylvania said, we don’t really care what it says. By a four-to-three decision they decreed that because of COVID there were no exceptions. Pennsylvania declared that ballots could arrive three days later without a postmark – and that’s key, without a postmark – to be considered valid. And so the state Supreme Court of Pennsylvania took the law and just simply ignored it for their own personal reasons. And then this goes on, talks about other examples, but there’s a paragraph in here that is important to me.

It says Republicans are now trying to play catch-up. The Republican State Leadership Committee in 2019 helped to block the last effort to capture the Wisconsin Supreme Court. This year, their court bowed to the legislative redistricting map.

The article, though, goes and points out to me that it shows the Republicans are always playing defense. So this gets to the question that you ask, what can Republicans do with these elite leftist law schools that are really stifling debate?

And the answer deals with the tax code. You can take away their tax-exempt endowments and you can also make a dramatic change in student loans if they don’t adhere to the policies of the federal government.

This is more than accepting the status quo. This is becoming proactive against those people. If they want a big government, if they want to support big government, then by golly, they simply should be the ones who help pay for it.