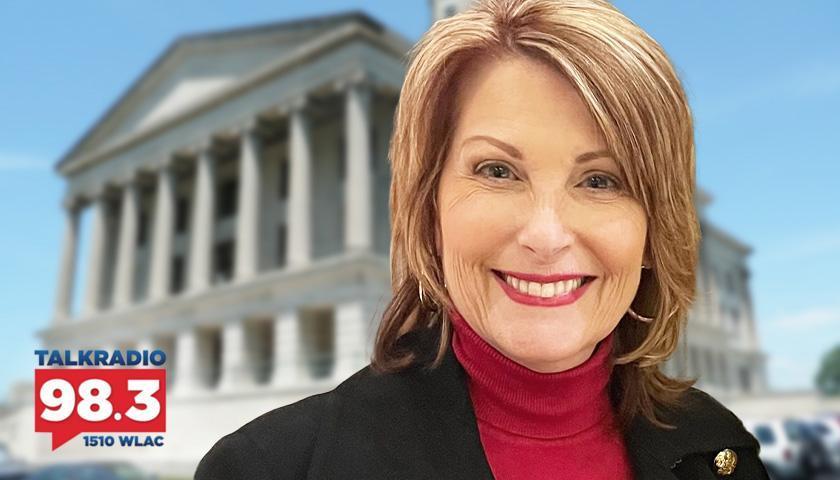 Cardoza-Moore: We Have a ‘Biblical Responsibility to Engage in the Political Process’

Leahy: In studio, our very good friend Laurie Cardoza-Moore, who’s the founder and CEO of Proclaiming Justice to the Nations – pjtn.org. A big event that you can go to pjtn.org and sign up for this Sunday. It’s called Taking Back America’s Children. It’s a summit.

A lot of fantastic speakers, including Laurie. And if you’re a parent and you’re thinking, oh, my goodness, it seems like it’s an endless uphill battle to fix our K12 public schools. At this conference, you’ll learn a couple of strategies and language used by left-leaning education “reformers.”

The power of social media in vocalizing your concerns and ways to motivate other concerned citizens to take action. Sounds like a good agenda. Tell us about the speakers, Laurie.

Moore: Absolutely. Stephanie Meyer is going to be coming to do a speaker training. She’s going to help us lay out our strategy for victory. Now, remember, this summit is solely focused on flipping school boards across the state. We’ve got people coming in from across the state. Robert Arnakis is coming from the Leadership Institute in Washington, D.C.

Leahy: And let’s talk about that for a moment. The Leadership Institute, they’ve been around for about 50 years. Morton Blackwell. That’s a name to remember, you know, Morton.

Leahy: Morton Blackwell. This is a guy who back in the 60s basically got a lot of young people involved. Now in 2023, although he’s not a young person, he thinks young and he thinks organizationally.

Leahy: And he is actually he has been a Republican National Committee chair committeeman from Virginia for about 40 years, and he’s been very prominent. The Leadership Institute has done an awful lot of training, and I think Robert Arnakis has been there for a long time, hasn’t he?

Moore: Yes, absolutely. And so he’s coming in to do this training also. I’m going to be speaking about our biblical responsibility to engage in the political process and who we should be electing as leaders.

Leahy: Let me just stop for a moment. And if you talk about whether you’re a Christian or Jewish or whatever your faith is, there is a duty to engage in the political process.

Leahy: Some Christians think, well, if you go back historically here in Middle Tennessee, way back, David Lipscomb, his belief back in the late 19th century was that Christians should not be involved in the political process. That has been roundly rejected by most Christians. Although some don’t engage, need to be engaged.

We have the government we have because we have elected these people. And if we didn’t elect them and we stayed home and didn’t vote, well, guess what? Silence in the face of evil, Deeja Bonhoffer says itself evil not to speak is to speak. And I always add, not to vote is to vote.

Leahy: This is a theme that you’ve had for some time that Eric Metaxas has been talking about. He’s got a letter to the American Church where he says, look, you got to get involved.

Leahy: You got to get involved. Another very compelling speaker, former Sheriff Richard Mack. Tell us about him.

We know that we’ve got sheriffs across the state who are committed to conservative principles, and the Constitution, but Sheriff Mack is coming in to help train and equip the local citizens to understand who their sheriff is.

And for example, some of the garbage that we have in these school libraries and in the public libraries, Michael, is in violation of state statute. And it’s the citizens who should be bringing this to the attention of the local DA and the local sheriff because this is against the law.

The pornography that we are subjecting our children to under the guise of sex education and these people are getting away with it. Well, you know what? We, parents and tax-paying citizens, have said enough is enough. You are not going to use our tax dollars to continue to indoctrinate our children and subject them to this garbage.

Leahy: During one of the breaks you said, one of the motivating factors you had for putting this event together this Sunday, which is really going to be a full-day event here in Williamson County, and it was interesting the way you phrased it, and I agree with that.

Parents, if you are not paying attention to the curriculum in your K12 public school right now, you are in essence, throwing your children to the wolves.

Leahy: Do you want to expand on that a little bit?

And it’s so critically important. Our children, if we don’t understand where we came from, our past, and our history, we cannot fulfill our destiny as a nation, as a people, and as an individual.

And it’s critically important that we give our children accurate tools, and accurate information so that they will, when we hand the baton to them of this constitutional Republic, they will be able to take that baton, seize it, and carry it forward to the next generation through their generation.

Leahy: One of the things that I’ve noticed is and this is, I think, going to be part of your training is the dismissiveness that parents get when they deal with local education agency officials. They just don’t pay attention. They kind of say, yes, very nice. Now leave me alone. That’s something people are going to learn how to deal with here.

Moore: That’s exactly right. We cannot take no for an answer. It’s up to us. Our children are our responsibility. We need to remind these elected officials that they’re voted and elected to represent we the people.

It’s not their agenda or their political agenda or the left-leaning education initiative that these different school boards and school districts are forcing our children to learn. It’s up to us to take a stand.