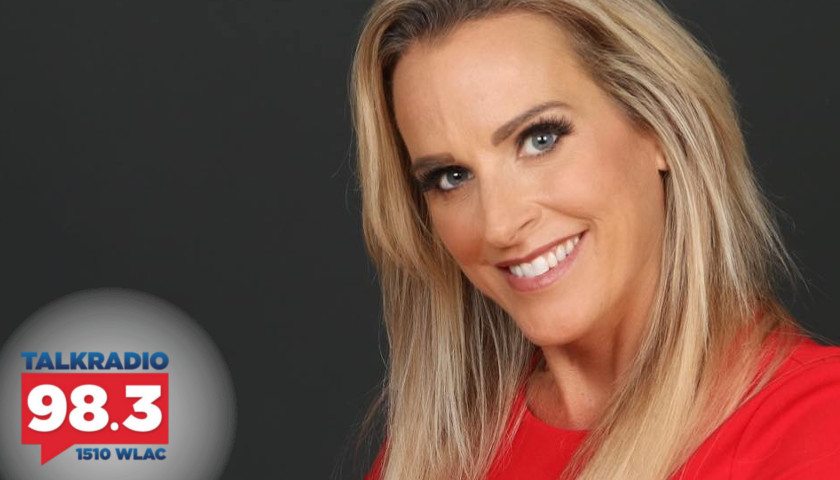 Mrs. Florida 2016 and Host of Behind the Headlines Karyn Turk Talks Road to Pageant and Top Priorities

Leahy: We are joined on the newsmaker line now by Karyn Turk, Mrs. Florida 2016, a weekly contributor to Real America’s Voice. And she has her own YouTube show Behind the Headlines. Karyn, welcome to The Tennessee Star Report.

Turk: Thanks for having me. Great to be here.

Turk: It was a wild ride. Not really, ever something I thought I would do. I wasn’t a pageant girl. I didn’t grow up in the South. I grew up in New Jersey. And in New Jersey, we didn’t have a whole lot of beauty pageants.

I didn’t know a lot about it, but I had some women that actually got behind me at a charity event and convinced me that it would be a great idea for me to compete. And I did in large part because of them and their support.

I won and I happened to win just as Donald Trump was coming down the escalator. And I was passionate about change in America and took a political position. Since then, I hear the pageant organizers have gone ahead and added in a stipulation that you can’t speak politically once you have the Crown because winning in 2016 was pretty epic. And I supported Making America Great Again.

Leahy: When I grew up, of course, these pageants have kind of morphed I suppose when I was a kid, the big deal was, of course, Miss America, right? That was the big deal. It was in Atlantic City.

I guess it got started in the 1920s. And then at some point, the Miss America Pageant got started. What does that pageant, what do they look for? And what is their main agenda?

Turk: For the pageant circuit that I was a part of winning Mrs. Florida 2016 is that a lot of it was about your accomplishments, your self-confidence, and what you achieved. Obviously, there is a beauty aspect, but I think it’s more about the way you carry yourself.

And I don’t know that I could have done this before being in my 40s? It’s probably why I was the Mrs. version and not the Miss. But when you go into a pageant, I realized that a lot of those stereotypes and a lot of the things that I had heard about the cattiness and the competition really wasn’t there at all.

And the women really support each other. And what was cool about it is I don’t think I could have gotten on that stage and exuded what the judges were looking for had I not had the support of that entire group of women. And it was really just a fantastic, magical event that I will never forget. So the Mrs. America Pageant still around, right? I guess.

Turk: Yes, they’re still around. And there are so many pageant circuits. You don’t realize until you get in there that there are dozens of different sections. There’s the U.S. version. I was the U.S. continental version.

There’s a Miss America, there’s the universe circuit, there’s the international circuit. And people that are into doing pageants know all of this. But if you’re in the outside world, you might not be aware that there’s a lot of different arms to do this thing.

Leahy: How many contestants were there in Mrs. Florida 2016? Was there a specific, like two or three-day, one-week event? Where did it take place?

Turk: For this particular event they lead up actually represent your city or your state or whatever, your district was. I was Mrs. Wellington, which was the town that I was living in. For about six months prior to the pageant, you represent your town or your city, and you do charity work and the different things that you’re involved in.

And they watch you, and they actually make you a finalist based on those things that you do in your city or your region that you’re representing. And then they narrow it down to the finalists. And I think we had about 40 finalists.

And then you go to the actual event, which was held here in Palm Beach Gardens at our Eissey Theater, which isn’t far from me. I live in Palm Beach, Florida, and that was where we had the actual final competition.

And that’s when you go on the stage and you wear the gown and you do interviews. The interview portion for me was the best part. I had six judges that you have to impress. And I went in with a business plan of how I was going to use my platform to elevate the narrative for charities and different organizations I was working with.

And at the time, I spent a lot of time being (Inaudible talk). And obviously, they liked it, because that was 30 percent of your score. And I got a perfect score on the interview, which enabled me to win the pageant.

Leahy: If you’re a contestant here and you decide you want to do it, does it cost you money or time or both? What does it cost?

Turk: Both. You definitely need to invest a lot of time. It’s not something that is easy to do. But there were a lot of women there that were working women with kids that found the time to do it. And women can do a lot of things.

We’re multi-taskers. So there’s no reason that the time should be a hurdle. Yes, it is costly. But you are also able to get people to sponsor you, and it’s good visibility for them. Maybe businesses you work with or your insurance agent.

So women have a choice. A lot of the women do pay for themselves and a lot of women get sponsors to help them with the cost.

Leahy: And it sounds like once you were Mrs. Florida 2016 you have a full year where your Mrs. Florida. Is that what happened? And you go around the state doing Mrs. Florida kind of things?

Turk: It was an entire year, and I did a lot of Mrs. Florida kind of things. I spent a lot of time in DC, and I got a lot of amazing opportunities, including talking to you today. I don’t know where I’d be had I not been Mrs. Florida in 2016.

Leahy: So do they pay you to do that, or do you still put out some of your own money during that period?

Turk: I grew up right outside of New York City in a town called Teaneck, New Jersey.

Leahy: Oh yeah. Teaneck, New Jersey. How did you end up in Florida?

Turk: I escaped like a lot of other people do. Florida is sort of the place that you escaped to if you want to get away from somewhere else. And I was living up there and had some of my kids, my three girls and my first marriage was falling apart, and I escaped to Florida.

I was lucky enough to be offered a job down here. And I picked up my stuff 21 years ago and came down. It was the best decision I ever made.

Turk: It’s crazy to see all the New Yorkers and New Jersey people that are now discovering what I discovered 21 years ago. I was a little ahead of the curve, but we’ve got them coming down here in a mass exodus out of these states that have suffered during the pandemic under bad government rules.

Leahy: Before we go, you’re involved in this rally to Reopen America Tour. Tell us a little bit about that in our last minute.

Turk: An opportunity to be surrounded by great Americans and great people, the likes of Roger Stone, Mike Flynn, Mike Lindell, and so many more. And I was at the Tampa rally, which was incredible.

And to watch these individuals take the stage was just a really inspiring moment. About 9,000 people showed up in Tampa. So as this continues, it’s actually Clay Clark’s ReAwaken America Tour. It’s going to be something that’s going to be spreading like, wildfire, and I’m glad to be a part of it.

Turk: I promote freedom and liberty across the country. Although I am from Florida. We have a great governor here, Governor DeSantis, so I hope that we either continue with him as governor or he maybe goes on to a larger office.

Leahy: Gee, what might that be? Let me think. (Laughter)

Turk: He’d have my full support. We’d be sad to lose him here, but it would be an amazing thing to see him run for a larger office. He’d certainly be up for the task.

Leahy: Karyn Turk, Mrs. Florida 2016, has her own YouTube show Behind the Headlines. Karyn, thanks for joining us today.

Turk: Thanks so much.