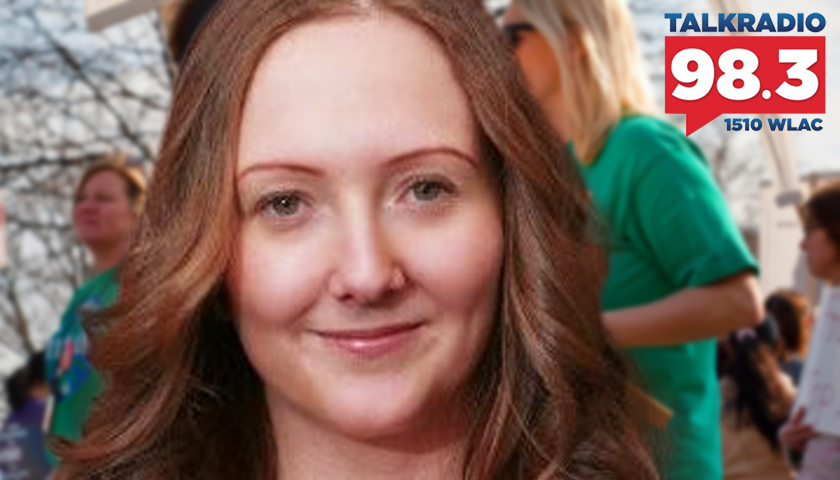 Karol Markowicz on the Politicization of Teacher’s Unions, Public Versus Charter Performance, and Parental Involvement Against CRT

Live from Music Row Monday morning on The Tennessee Star Report with Michael Patrick Leahy – broadcast on Nashville’s Talk Radio 98.3 and 1510 WLAC weekdays from 5:00 a.m. to 8:00 a.m. – host Leahy welcomed columnist Karol Markowicz to the Newsmakers Line to weigh in on the teacher union stranglehold on public education and the awakening of parents in the post-COVID era.

Leahy: We are joined now on our newsmaker line by Karol Markowicz. Among other things, she’s a columnist for The New York Post.

She was born in the Soviet Union and raised in Brooklyn. Good morning, Karol. Thanks for joining us.

Markowicz: Good morning. Thanks for having me.

Markowicz: (Chuckles) Well, I came to the United States when I was little. I was under two, so I don’t quite remember the Soviet Union, but I grew up very much aware of how lucky I was to be here every single day and how different my life could have gone. I’ll still choose Brooklyn every time.

Leahy: Well, we’re delighted that you are here and your writing is just – let me just say – it’s fabulous.

Leahy: And you have a couple of pieces. The most recent one: critical race theory is part of a woke agenda. Parents should fight it.

Don’t let the left keep brainwashing our kids to fight their political wars. And I really like this recent one. Don’t let Randi Weingarten, the head of the American Federation of Teachers, whitewash or roll in school closures. It sounds to me like you’re not a big fan of the teachers’ unions.

Markowicz: (Chuckles) Well, it’s funny, because, until this year, I don’t think I’ve written that much about teachers’ unions.

And I don’t think that most parents really care that much about teachers’ unions and their role in our schools. But after a year of many schools staying close, needlessly, while areas where teachers unions weren’t powerful managed to open their schools.

It was just very jarring how much power these unions had, how weak our politicians were in the face of their power, and how much they were able to do to our kids.

I think so many eyes are open now. And it was obviously unfortunate that kids didn’t get to go to school in so many places this last year.

But I think there are so many motivated parents now who realize what’s going on in a way that they didn’t before. And that’s really the one sort of benefit of what happened this year.

Carmichael: How do Black and Hispanic children in particular fair in schools in Brooklyn and in the New York City area?

Leahy: By the way, that’s Crom Carmichael, who’s also in studio with us. He’s a regular all-star panelist.

Markowicz: Hi. We have some really great charter schools in New York. But for the last eight years, while Mayor de Blasio has been the mayor, he’s very far left, there’s been an all-out war on charter schools.

And there have been no new charter schools allowed. And the teachers’ unions again have managed to squelch any opposition to them because they have so much power with these politicians.

So in general, our public schools are bad. Even the good ones are not that good. And we have a situation where when somebody wants school choice – when they want to get out of the system – when they want to find a charter school, they’re largely unable to at this point.

Hopefully, the next mayor will be better. There’s some hope on the horizon that if Eric Adams wins or Curtis Sliwa, either one, they’re much more pro-charter than Mayor de Blasio has been. Things might be looking up.

Carmichael: Let me ask you a question because I think that standards truly matter. In the last year, the standards of police officers have been under tremendous scrutiny. And if a police officer has bad standards, they are singled out, thrown out of the police force, and if appropriate, convicted of a crime.

Carmichael: Why don’t we apply those same standards to the people who run our teachers’ unions and are teachers, to those teachers who do a pathetic job of teaching our children? They’re just as professional as police officers.

But because their union enforced these ridiculous policies, and because politicians listened to them, they kept the schools closed.

They kept the kids at home and the good teachers really got pushed to the side. And I think that that’s a really big problem, too.

Carmichael: In a charter school in Brooklyn or in the New York area, give an example if you would, because charter schools operate independently. In other words, they’re not unionized.

Markowicz: So it’s different, obviously, than public schools. But I don’t have the numbers in front of me. But charter schools operate on a very different system where they don’t have anywhere near as many administrators.

And so you have a situation where especially for Black and Brown students, when they’re in public schools, people just sort of throw up their hands and say, these public schools are bad. There’s nothing we can do.

With the same students taken into charter schools, they are much better. They really succeed. And so you have the situation where it is not the students. It’s absolutely the school system.

And like I said earlier, even the good schools, I think, are not that good. Even the schools that are considered sort of success stories are sort of weak.

Leahy: Weak successes at best I think would be the most generous way to describe them. Let me ask you this. You see that both of the major unions, the National Education Association and the American Federation of Teachers, last week, they both came out and said, we are going to teach critical race theory, and we don’t care if the laws say we can’t do that. What do you make of that?

Markowicz: Well, every minute spent on this ridiculousness is a minute not spent teaching math and science and social studies and the rest of it.

And like I said earlier, I think parents really have their eyes open to this where this is an actual huge story where a few years ago, I think this would have been just kind of a blip.

They know what critical race theory is now. They know that they don’t want it in their kids’ school. We’re seeing these school board meetings all across the country where parents are fighting back.

And it’s not politicians that are leading the way. It is actual parents. So again, I have some hope that the bright spot of a post-COVID era is that parents know what’s happening in their kids’ schools now in a way that they didn’t before, and that they’ll be fighting.

Leahy: On that note of optimism, we’ll close our first interview with Karol Markowicz. Karol, a columnist in New York Post. Thank you. Very refreshing, very enlightening. Please come back and join us again.

Markowicz: Thank you so much. Absolutely.