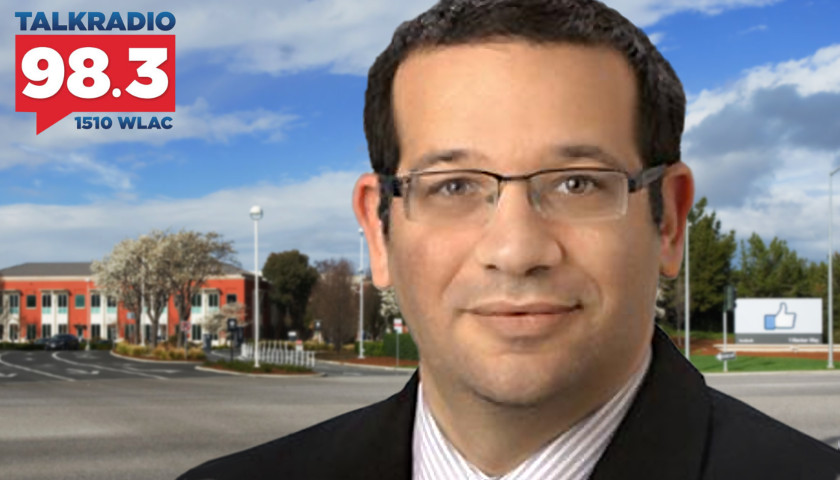 Live from Music Row Wednesday morning on The Tennessee Star Report with Michael Patrick Leahy – broadcast on Nashville’s Talk Radio 98.3 and 1510 WLAC weekdays from 5:00 a.m. to 8:00 a.m. –  host Leahy welcomed New York City attorney Akiva Cohen to the newsmakers line to explain why Trump’s Big Tech lawsuit may not have jurisdiction in Florida due to state action as outlined in Facebook’s contractual agreement.

Leahy: We are delighted to welcome to our newsmaker line our good friend Akiva Cohen. He is an attorney who specializes in First Amendment, media, and Big Tech issues. Welcome, Akiva Cohen.

Cohen: Good to be back, Michael. How have you been?

Leahy: I’ve been great. I’ve been great. So I want to get your opinion. We were at Donald Trump’s news conference with America First Institute in Bedford, New Jersey, when he announced this lawsuit against Facebook, Twitter, and Google and their CEOs.

Now, our friend Vivek Ramaswamy, the very successful billionaire who lives in Cincinnati, has written an article in The Wall Street Journal.

I’m guessing you may not agree with this headline, but I’ll read the headline and get your response. Headline: Trump Can Win His Case Against Tech Giants. There’s ample precedent for calling it state action. But what is your reaction to that?

Cohen: Yes, I do disagree with it. There are a couple of things. Number one, procedurally that’s going to happen first, right out of the gate.

Each of these companies has terms of service that say, if you’re going to sue us over something that happens with your account, you’ve got to do it in the Northern District of California and not in Florida, which is where the former President Trump filed these things.

And that’s important because the Northern District of California, just a week and a half ago or so, actually addressed this exact issue.

There was a vaccination information group called Child Health Defense that had filed a lawsuit against Facebook for taking their page down on the exact same theory that Section 230 and the sort of comments of public officials made Facebook’s decision to take them down a state action.

And what the courts said just a week and a half ago was, no, that’s not a state action. The fact that the government may have a regulatory interest in a particular area doesn’t transform private action into state action.

So President Trump’s lawsuit has a real big problem, just from a recent precedent that it’s going to have to deal with because it’s going to get moved to California on the basis of those terms of service and the contracts that everybody who signed up for it agreed to.

And there was a judge in that district who just decided this issue in a way that’s not good for him. I think it’s unlikely that it’s going to have a different outcome in this case.

Leahy: Akiva, Crom Carmichael is our all-star panelist, has a question for you.

Cohen: It depends on what you mean by first hearing. So he filed in federal court in Florida. The very first thing that Facebook and Twitter and Google will do is they’re going to file what’s known as a motion to transfer.

And they’re going to say, look, before we get into the merits of all of this, there’s a contract governing it. The contract that everybody signed when they joined our website says, if you’re going to sue us, you have to sue us in the Northern District of California.

Those clauses are enforceable and they’re routinely enforced, and you should move it to California. Now, I don’t frankly know if President Trump’s lawyers are going to put up any sort of fight in response to that for the simple reason that there really isn’t anything to fight about.

Courts enforce clauses like this all the time. Fighting against it will be a losing move.

But if he does fight it, then the very first hearing will be if the Florida judge feels like he needs a real argument, which I think would be unlikely, would be in Florida about whether or not the case has to go to California. A Florida judge would not be looking at the substance.

Carmichael: When you say judges do this ‘all the time’, do you mean regularly and most of the time? Or do you really mean truly all the time?

Cohen: No. Truly, truly all the time. If you have a contract that says we are going to litigate this and any disputes between us in a particular location, judges will not get into the substance unless you’re going to argue that you were somehow defrauded into agreeing to that particular choice of venue.

If you’re alleging that somehow somebody lied to you, you didn’t actually sign the contract, and your signature is forged, that they’ll decide.

But if you agree, yes, this is a contract that I signed that had this provision, there is a chance that any judge will say that’s not enforceable.

It happens every time. Literally, every time this issue comes up. If there’s a venue clause and one of the parties files in a different place and the other party tries to enforce it, that’s not to say there isn’t some crazy judge out there who might do something different on some random occasion.

I don’t know every case in the country, but it would be a massive shock to everybody if it did not.

Carmichael: Let’s assume that it gets moved to California and then it gets tried in California and the courts out there rule in favor of Big Tech. It will get appealed. At that point, it gets appealed to a higher court…

And there is a precedent at the Supreme Court level for claiming that companies that are benefited. And that’s what the other gentleman from Cincinnati said. He listed two cases.

Leahy: Norwood v. Harrison 1973 was one of those cases. And then Railway Employees’ Department v. Hanson in 1956 were the cases that he referenced. And I guess Crom’s question to you is, Akiva, are you buying that?

Cohen: And the answer is no. And the court in California actually just recently analyzed all of that. And frankly, it was persuasive.

It’s worth reading the Children’s Health Defense versus Facebook. And there are a couple of issues here, right? So, number one:

We have laws that say you can incorporate and you get limited liability as a result of it. And so this is a benefit that’s created by the government. It doesn’t exist other than, as a matter of law. Every corporation would be bound.

Carmichael: Now wait. Not every corporation is covered by Section 230 and has the protections of Section 230.

Carmichael: Well, then did the two core cases that were cited in the other article, why did they go the way they did?

Cohen: Those cases were not Section 230 cases.

Cohen: I don’t believe that’s accurate. And it’s been a little bit since I looked at those cases. But if I remember correctly, those cases weren’t about the government giving somebody a benefit.

And if the state couldn’t have its police force do this because of people’s constitutional rights, it can’t pass a law that says you private company need to do this because that’s the same thing.

Leahy: Hey, Akiva. We’re running a little bit of time here. But what a great discussion. By the way, Akiva, let me just say this one thing. If I’m ever in trouble in New York State, I am hiring you as my attorney. (Carmichael laughs)

Cohen: I appreciate that. Thanks for having me, guys. (Carmichael laughs)

Leahy: All right. Thanks, Akiva.