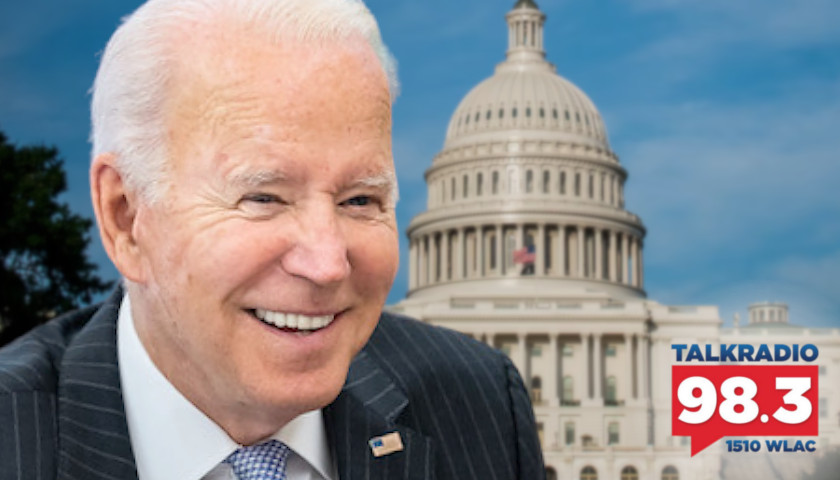 Crom’s Crommentary: The Continuous Grift of the Biden Administration and the Federal Government

Michael, I’m going to tie three completely disparate issues together under the category of grifting. And that’s what I’ve said. The essence of the entire Biden administration is that. We know that Biden took out a terrorist in Syria, and that’s a good thing.

But the bad thing about that is that Biden is still just determined to strike, to redo the nuclear deal with Iran and give Iran billions and billions of dollars. And it is Iran that is the chief sponsor of terrorism in the Middle East and, in fact, around the world.

To take out one terrorist and then give money to a government that funds terrorists makes no sense. The other little footnote on that is that when Trump took out Soleimani, who is equally a terrorist, Biden condemned Trump for doing that, claiming that we don’t need another war in the Middle East.

One could make the same claim here but that would be an incorrect claim. If Biden was truly concerned about terrorism in the Middle East, he would not be giving Iran billions of dollars.

The second one is – and this is so typical, unfortunately – the entire Democratic Party, there was a bill that was introduced in the House. It was about to pass the House, and the goal of the bill was to provide incentives and support to move manufacturing back from China.

Now, we can argue over whether or not the federal government should have any responsibility for that, and we certainly could argue it shouldn’t target particular businesses. It should just pass policies that encourage manufacturing.

But in the bill – the America Compete Act – at the last minute, Democrat Eddie Bernice Johnson from Texas, stuck in the bill that all private manufacturers who take money must unionize their workforce.

This is so typical and unfortunate of the Democrat Party that anytime federal dollars are being used, they just cannot bring themselves to help all Americans. They have to help only themselves at the expense of everybody else.

And the last one that I want to tie together under grifting – and this one is actually much more serious – what Biden is doing is he is populating the Federal Reserve with a bunch of grifters who are a bunch of people who believe that it should be the policy of the Federal Reserve to mandate and change our energy system.

But if you add on top of that, switching our economy from a fossil-based economy to a green economy and then include those two things, it is not possible to do all of those three things at the same time.

And now we have people who are in front of the Senate actually lying about their own record. And they won’t be called to task, as Roger Stone was when they claimed he lied to Congress and to the FBI. But this lady, Sarah Bloom Raskin, has a long record of claiming that it’s up to the government to move us to a green economy and to hurt fossil fuel companies. And she’s denying what she has previously said.