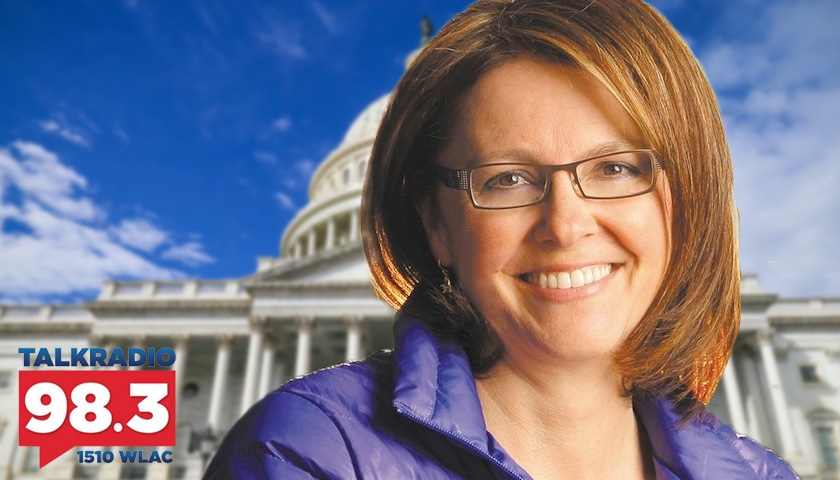 Author of ‘Government Ruins Nearly Everything,’ Laura Carno Weighs in on Biden’s Address to Congress and Lies About Guns

Live from Music Row Monday morning on The Tennessee Star Report with Michael Patrick Leahy – broadcast on Nashville’s Talk Radio 98.3 and 1510 WLAC weekdays from 5:00 a.m. to 8:00 a.m. –  host Leahy welcomed Laura Carno the author of Government Ruins Nearly Everything to the newsmakers line to weigh in on Joe Biden’s continued lies about guns and our rights as American citizens.

Leahy: On the newsmaker line right now is our good friend Laura Carno. Laura is the author of Government Ruins Nearly Everything: Reclaiming Social Issues from Uncivil Servants and also has a very interesting article up about her analysis of President Biden’s address to Congress last week. Good morning, Laura Carno.

Carno: Good morning. Thanks for having me.

Leahy: Well, we’re always happy to have you on. You live in the great state of Colorado, which once was red, then kind of went purply blue. And what are the odds of bringing Colorado back into the fold?

Carno: Our governor has been pretty draconian on lockdowns. He’s recently announced that it’s sort of like, if it pleases the Crown, might I meet with my friends in public?

Leahy: (Laughs) That is funny.

Carno: (Chuckles) I’ll tell you what. Some folks here have memes of Governor Polis with a Crown on all of the Royal adornments. But he has recently said that the mask mandate is lifted for people who are in groups of mostly vaccinated people. And I live a little bit out of town, not quite in the country, but on the edge of the country.

And nobody hears wearing masks anyway. And we haven’t been for a very long time. And so he’s really out of touch with rural Colorado, for sure. But I think that some of his policies during these shutdowns have been more than most people can take and outside of the Denver Boulder Metro area. I think there’s been some overreach and hoping that enough voters see that.

We elected Colorado Congresswoman Lauren Boebert last time from the Western Slope. And I’ll tell you, she is a firebrand and she is standing up for Colorado. So we’ll see if her type of politics inspires enough people to kick out the Democrats.

Leahy: I know the answer to this question, but Governor Polis loves lockdowns in Colorado. What political party is he affiliated with?

Glover: I was just going to say, is that your final answer?

Carno: It is my final answer. And I’ll tell you, Councilman Glover, I have enjoyed listening to your analysis this morning and wishing that even in Colorado Springs, which was once a very Republican, conservative, reliable area of Colorado, even our Republicans in Colorado Springs have just lost their way.

And I thought, gosh, I would love for you to do a class for how to get more good Republican City Council people elected. Because really the local level, I actually have a group called Springstaxpayers.com here where we keep an eye on the schedules and local government. We would love to have people like you and our local government here.

Glover: Thank you for saying that number one. That’s very kind. And number two, it’s interesting you say that because I’m going to work and that’s one of the things that Michael and I are going to talk about a little bit towards the end here today. I’m bringing people together because Republicans if we don’t start standing back up again, the battle is already hard enough to win as we go forward. We’ve got to do like, what you’re doing right now. We’ve got to speak out. We can’t be afraid and we have to be Americans. So thank you for what you said. That was beyond kind. Thank you.

Leahy: Laura, let me just kind of come back to a theme here that Steve Glover and I have been talking about this morning which is the need for Republicans to fight back. The need for Republicans to be engaged. You’ve got a very interesting piece that provides an assessment of the speech that the current occupant of 100 Pennsylvania Avenue, President Biden gave to the joint session of Congress.

Carno: (Chuckles) And specifically about guns. And folks can find this article at IWF.org I wrote it for the Independent Women’s Forum. And in case you didn’t watch it, and you just wanted to look at the gun control portion, I took that part out. There’s a quick four-minute video on it. And then I also transcribed that.

So you can read that without having to listen to the commander in chief if that fits better for your stomach this morning. He said the exact same things he always says about gun control and his opinion about the need for more gun control and for Congress to take action. He implies that he will take action if they don’t.

He has implied that in the past. But he just continues to lie. I take it sort of paragraph by paragraph and say, here’s what he said. And then let’s unwrap that a little bit and what was untrue and why. And there are places where he’s just flat out lying about things.

Leahy: Yes. He also said something that I found very interesting. He said, no amendment to the Constitution is absolute. Well, that’s quite interesting. I’m going to read the Second Amendment. It says the following: ‘A well-regulated militia being necessary to the security of a free state. The right of the people to keep and bear arms shall not be infringed.’

Carno: Right. And let’s remember that the Constitution and the Bill of Rights, none of that is a list of rights that we citizens may have. They are restrictions on the government. We are born with our rights. They simply are our rights. And during the founding, our founders were very, very clear. Here are the limits on the government.

But it has gotten so twisted in the century since and certainly in the last number of decades. But I’ll throw one out there. The President said we need a ban on assault weapons, and I always call it so-called assault weapons, because that’s not actually a category in high capacity magazines, which we would usually call standard capacity magazines.

But he’s referring to the 1994 assault weapons ban when he says that after it expired that all these gun deaths went up. That’s just not true. It’s been very well documented that the 1994 so-called assault weapons ban had no effect on crime. And I link to some research on that. It had no effect. It’s been very well documented. He’s just lying to the people.

Leahy: Well, Here’s one question that I would pose to the current occupant of 600 Pennsylvania Avenue. He says no amendment of the Constitution is absolute. He’s referencing the Second Amendment. What about the Sixteenth Amendment, which says Congress shall have the power to lay and collect taxes on incomes? Gee, that would be one if you want to say amendments aren’t absolute. That would be one that I would be looking at.

Carno: That sounds like a great topic to write on. (Leahy chuckles) Thank you.