Washington Correspondent Neil McCabe Weighs In on the Killing of 800,00 Jobs by Death Tax

Leahy: We are joined on our newsmaker line by the very best Washington correspondent in the country. The Washington Correspondent for The Tennessee Star and the Star News Network, Neil McCabe. Good morning, Neil.

McCabe: Good morning, Michael. A pleasure to be with you.

Leahy: Every time I turn around, you’re breaking a new story. Your story was filed and published yesterday at The Tennessee Star. GOP’s Top Dog on Ways and Means: Biden’s ‘Death Tax’ Scheme Kills 800K Jobs. Tell us about that.

He has a personal and emotionally vested interest in the state tax because his father was an attorney who was shot and killed in a courtroom when Brady was 12 years old. And he watched what the estate text did to his mother and his family.

And he became sensitive to how it was affecting other people in his area because there are a lot of people with small businesses, small farms, and ranches in his district. And in the 2017 tax bill, the House bill eliminated the estate tax.

The estate tax or death tax is you pay taxes all your life and whatever is left over when you die, the government wants to tax it again. That’s why it’s called a death tax. It is opposed by the life insurance lobby. And when that 20 17 House bill went to the Senate, the state tax was put back in by Senator Mike Rounds from South Dakota with the help of John Coon.

John Coon, who ran I don’t know if you remember this, Mike, but John Coon defeated Tom Daschle, who was the majority leader. He was a Democratic leader in the Senate. He defeated the sitting majority leader of the Senate. And his campaign pledge 12 years ago was he would eliminate the estate tax.

But when the Republicans had the chance to get rid of the estate tax in the 2017 bill, Coon and Rounds put it back in. And they were able to raise the caps so that going into this tax year and the state tax doesn’t affect you unless you have an estate over 11 million for an individual and over 20 million for a couple.

All of a sudden, it’s very easy to get to $20 million, but it’s not in cash. So what ends up happening to family-owned businesses and farms and ranches is you have to sell the farm to save the farm. It’s just ridiculous.

Leahy: It’s crazy. What’s interesting here is how anti-small business and anti-middle-class American the Biden administration is. Crom Carmichael has some overall questions for you on what’s going on with that tax legislation.

Carmichael: Neil, there are three big pieces of legislation. The great big giant tax bill, and then two great big spending bills. The so-called infrastructure bill and the so-called family bill. What I see from where I’m looking is I don’t think the infrastructure bill will pass with anything more than what Republicans are willing to agree to. And I think the family bills dead to water and the tax bill is dead in the water. What are you hearing?

It’s something he never did when he was the Whip. (Leahy chuckles) But as a majority leader, he’s finally putting the stick to these Republicans. And the Republicans stay firm. They’re only down something like three seats. If McCarthy convinced four Democrats to flip parties, he’s the Speaker of the House.

That’s how close this thing is. And you have a number of House Democrats who are frightened about what’s coming at them in 2022. This state tax thing is very dangerous because Brady told me that if this thing goes through, it’s 800,000 jobs out the window.

There’s no greater destroyer of family-owned farms and ranches and businesses than the state tax. And it’s insane how it’s just wiped out. When you look at the Midwest or these great farm areas and you wonder why do we have all these corporate farms and we no longer have family farms, it’s because of the estate tax.

And there are companies that suck up all of these farms at the estate sale. Going back to Biden’s program, what I think you’re really asking is have the wheels fallen off the cart for Biden? Yes. Biden has completely run out of time. I’ve said this over and over again. He has no more runway.

Japan we just nominated Rahm Emanuel. But South Korea, England, France, Switzerland, Spain, Italy, Ireland, the Vatican, Israel, Saudi Arabia, Australia, we don’t even have ambassadors nominated. Those are the easiest things to do.

Leahy: And he’s not doing it.

McCabe: There just isn’t time to get things done.

Leahy: Speaking of time, Neil, we have one political question for you. If you could wrap your mind around this one for us.

Leahy: In the Senate in 2022, the Republicans have a disadvantage in terms of the way the seats play out. But if you look at key states that are currently represented by Democrats, one state is New Hampshire. The incumbent is Margaret Hassan.

I think that’s how you pronounce it. H-A-S-S-A-N. Apparently, the Republicans there are trying to get the very popular governor, John Sununu Jr. to run for governor. The polls show him with a five or six-point lead. Will he run for the Senate in New Hampshire? Will he beat Margaret Hassan?

McCabe: Yes. And I wrote about this for The Tennessee Star. This is one of the three seats that the Republicans can flip to take back the Chamber. And Hassan, she barely beat Kelly Ayotte. And that’s only because the Democrats bussed thousands of students from Massachusetts who pretended that they had moved to Massachusetts and they did same-day registration and they lied and said that they were residents of New Hampshire.

They had just moved there that day. And pretended they were going to spend the rest of their lives in New Hampshire. And as soon as they voted, they went back to take their midterms.

McCabe: They have changed that law. A student ID is no longer accepted as part of their voter ID law. 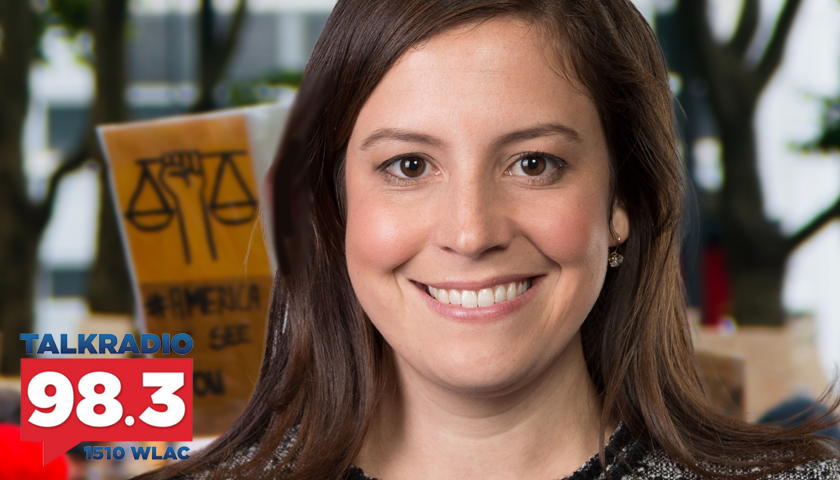