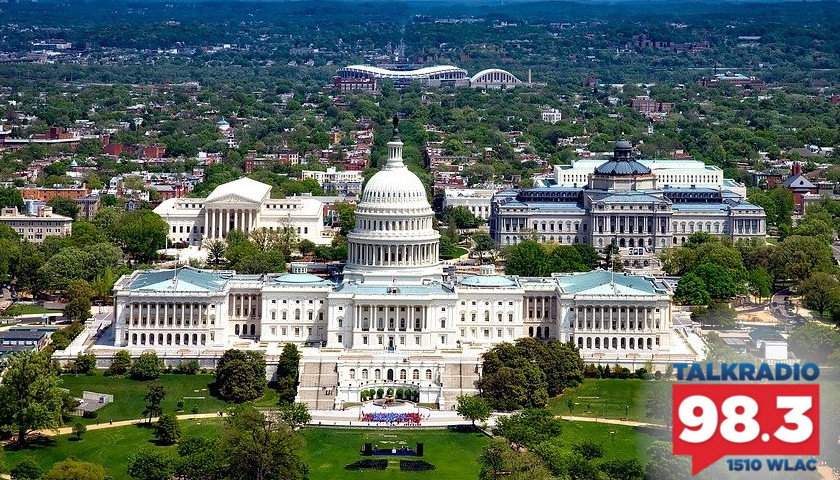 Live from Music Row Friday morning on The Tennessee Star Report with Michael Patrick Leahy – broadcast on Nashville’s Talk Radio 98.3 and 1510 WLAC weekdays from 5:00 a.m. to 8:00 a.m. – host Leahy welcomed the original all-star panelist Crom Carmichael to the studio to discuss the wasted time on negotiations with Republicans in reaching a bipartisan outcome and weighed the percentages of the human spirit.

Leahy: I’m in studio with the original Star panelist Crom Carmichael. Crom, we were talking about the meanness and dishonesty of the current occupant of 1600 Pennsylvania Avenue. Just as we’re talking about it, a story at Breitbart News. Double Dealing Joe.

This is by my friend Charlie Spiering, a great reporter, by the way, the White House reporter for Breitbart News. Joe Biden vows not to sign infrastructure deal without “tandem bill for more taxes and human infrastructure.” Hmm.

Carmichael: Here’s my question to you, Michael, and that is that I think there were, like, 10 Republicans who’ve been working with 10 Democrats to try to come to an agreement on the infrastructure bill. I think that’s true. Is that your understanding?

Leahy: Yes. ABout 10. Murkowski of Alaska.

Carmichael: Well, I’m not trying to put a label on them.

Carmichael: No, I’m not even trying to put a label of any kind. I’m asking strategically. Let’s say there were seven of them. And let’s say they were working with seven Democrats, and they were working together to try to come up with a compromise on the infrastructure bill.

They then those 14 come up with a compromise among themselves. They then take that bill, which they did, took that compromise to the president. He comes out and says, we have a deal. And they’re all standing there with the president, the Republicans, and the Democrats looking like a bipartisan group.

Leahy: That’s what he said at the beginning.

Carmichael: That’s what he said. And then that group breaks up, and then he has another presser and says, I’m not going to sign that deal without 10,000 other things. So how do the seven Republicans feel?

Leahy: I have an answer for you.

Carmichael: You know what?

Carmichael: Yes. That is. They just feel like that for the good of the country. I was with a very, very smart guy the other day, very smart guy. And he made the comment to me. He said, Crom, I think people’s human nature is fundamentally good.

But it’s not all-inclusive, because every human doesn’t have the same nature. And all it takes is two percent out of a total of 100. Maybe even one percent to make a country a living hell.

Carmichael: Yes. You can make a statement about human nature and you can argue the other side. But if you want to argue the side that human beings are fundamentally good, that can be a true statement. And then you can end up with a Hitler who is contrary to human nature.

Leahy: But you know why? Because the element of human nature in a governmental entity that doesn’t have the kind of checks and balances at work that James Madison envisioned because men are not Angels. Men and women.

Carmichael: All men are not Angels.

Carmichael: I used to teach junior achievement in high school, and I said I want to ask you all a question. These are all seniors. And I asked this to every class. I said write down the amount of money that it would take for you to drop out of school for a year.

Now, recognizing that finishing school is a good thing and that education is a good thing, how much would you have to be paid to simply drop out of school and study nothing for a year?

Almost everyone had a number. It wasn’t the same, it varied a lot. Only one per class maybe would say there’s nothing you could pay me. And, of course, that’s not true, either. (Leahy laughs)

But the point is, is that they would for an amount of money, they would do something that they knew was not good for them.

Carmichael: No, they said so.